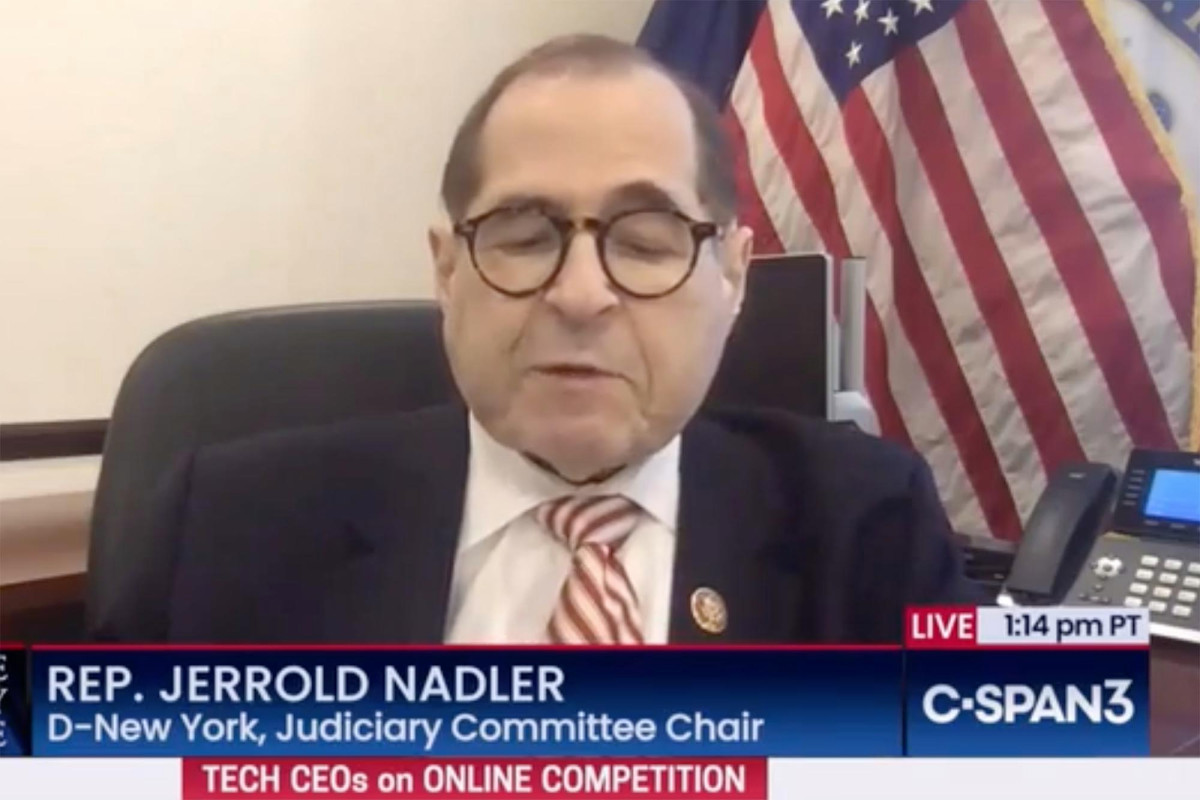 House Judiciary Committee Chairman Jerrold Nadler on Wednesday accused Google and Facebook of being responsible for the demise of journalism in the US.
Directly addressing Alphabet CEO Sundar Pichai and Facebook boss Mark Zuckerberg, Nadler said that the two Silicon Valley titans “have gravely threatened journalism,” and described the news industry as being in “economic free fall.”

Nadler (D-NY), accused the companies of favoring and promoting content from outlets with whom they have partnerships, and leaving smaller newsrooms and websites in the dust.

“Reporters have been fired, local journalism has been shut down, and now we let Google make decisions about what news people see,” Nadler said. “This is a very dangerous situation.”

Pichai, for his part, defended Google’s search algorithms, saying that the company doesn’t “take into account commercial relationships” when promoting news stories. Nadler’s time was up before Zuckerberg was able to respond.

The exchange came during an antitrust hearing where the CEOs of big tech companies including Facebook, Amazon, Apple and Google were hauled before lawmakers for a Congressional roasting.

Google last month was blasted in a white paper from the News Media Alliance, which called it a “monopoly power” and a “free-rider” getting rich off the labor of others. The paper has made its way to Justice Department officials who are reportedly preparing a broader antitrust lawsuit against the search giant.

The News Media Alliance white paper, which blasts Google as a “monopoly power” and a “free-rider” getting rich off the labor of others, has made its way to Justice Department officials preparing a broader antitrust lawsuit against Google, according to reports.

The news industry had long suffered from declining ad revenue due to the rise of news aggregators like Google and Facebook that now siphon off the bulk of digital ad sales.

As the June 18 paper pointed out, the $98 billion Google made last year from search and advertising alone is “roughly four times the total annual revenue for circulation and advertising of all US news publishers combined.”
#Mark Zuckerberg
Add Comment