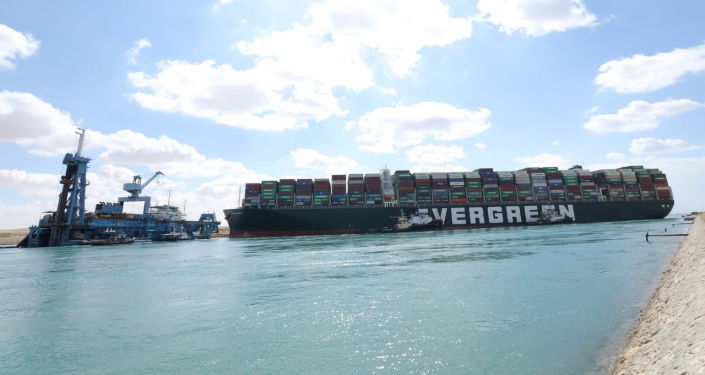 A major maritime jam, costing global trade around $400 million an hour - according to economists' estimates - occurred when the captain of container ship Ever Given lost control of his vessel because a sandstorm blew it off course, causing it to get stuck diagonally and close off the entire Suez Canal.

Recently released satellite images of the maritime jam on both sides of the temporarily closed Suez Canal show more than 50 vessels anchored at both its ends. The ships and their owners face a tough dilemma: whether to wait for the successful release of Ever Given, the tanker blocking the waterway, or take a detour lasting 14 days around the entire African continent. 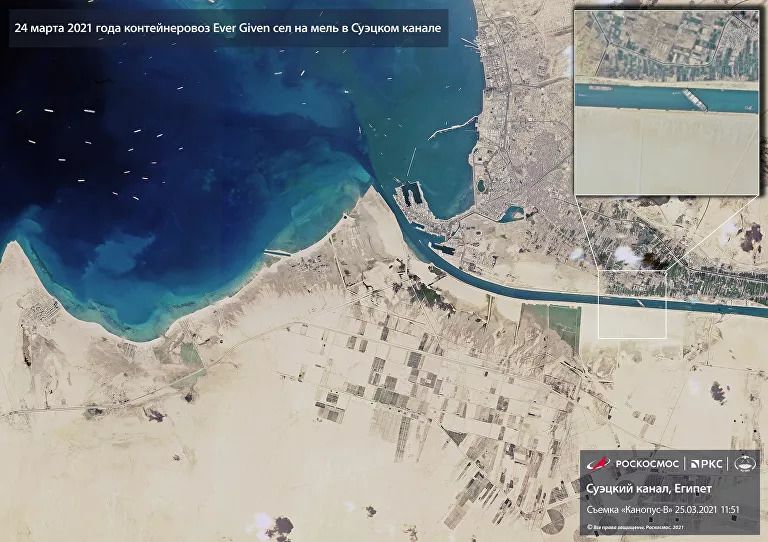 A satellite image shows the Suez Canal blocked by the stranded container ship Ever Given in Egypt March 25, 2021, in this image obtained from Twitter page of Director General of Roscosmos Dmitry Rogozin. Picture taken March 25, 2021.

The Suez Canal authorities haven't made the choice any easier by remaining silent on how long it will take before the canal is reopened. At the same time, the owner of the Ever Given, Shoei Kisen, gave an optimistic prognosis that the trouble-making ship will shortly be released from captivity.

A satellite image shows the "Ever Given" and idling ships at the entrance of the Suez Canal, Egypt March 25, 2021.

Some companies, namely Hyundai Merchant Marine, have already rerouted their tankers to take the longer - but possibly faster - route, and others in Singapore and Tokyo are still considering the opportunity. However, several dozen other ships seem not to have given up hope that the Ever Given will be released swiftly from its present predicament which it got into when a sandstorm blew it off course as it was navigating the canal. 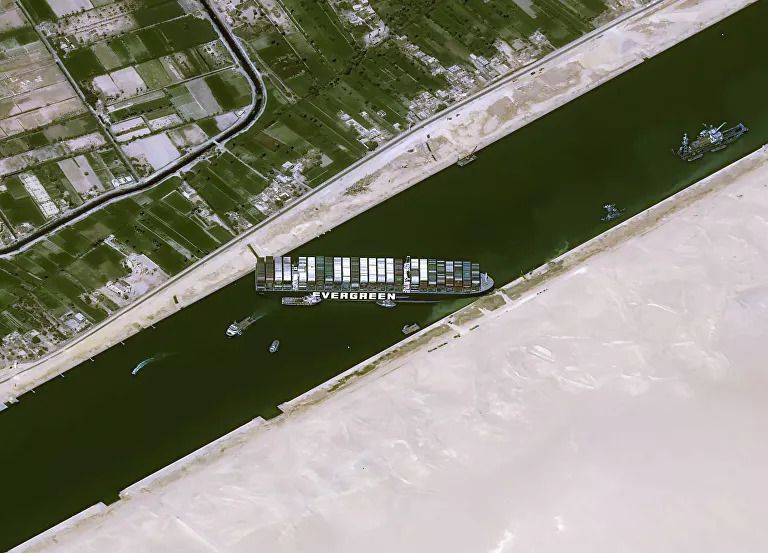 A satellite image shows stranded container ship Ever Given after it ran aground in Suez Canal, Egypt March 25, 2021.

However, these ships who believe their patience will be rewarded have already raised concerns about their security - especially those anchored on the eastern side of the African continent, which is notorious for piracy. The US Navy's Fifth Fleet said that some vessels have already reached out to them in the light of these security concerns. On the other hand, Zhao Qing-feng, office manager of the China Shipowners’ Association, pointed out the The Financial Times that ships sailing around Africa and the Cape of Good Hope, have just as pressing security concerns on their long, turbulent journey.

The need for extra security only increases the costs of the accident for the transport companies. Around $3 billion of goods goes through the Suez Canal every day and the present jam is estimated to cost roughly $400 million an hour to global trade, according to economists' estimates.