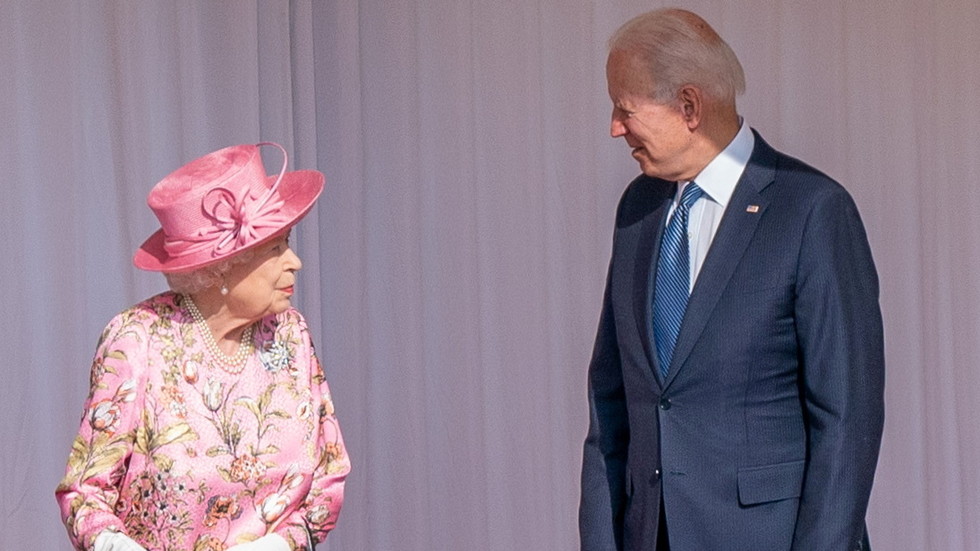 Joe Biden said that Britain’s Queen Elizabeth II “reminded me of my mother,” after the pair met at Windsor Castle. Biden is the 13th US president to meet with the 95-year-old monarch.

Biden and the Queen met at Windsor Castle on Sunday, after a weekend of talks between world leaders at the G7 summit in Cornwall, England. After the meeting, he told NBC News’ Peter Alexander that he had invited the Queen to the White House, and remarked that she had reminded him of his own mother.

“I don’t think she’d be insulted, but she reminded me of my mother – the look of her and just the generosity,” Biden said.

The US leader also stated that the Queen was interested in knowing more about Russian President Vladimir Putin and Chinese President Xi Jinping, and that the pair had “a long talk.”

American presidents come and go, but Queen Elizabeth II has sat on the British throne for nearly 70 years. During that time, she’s seen 13 US leaders take office, and met all of them bar one, Lyndon B. Johnson. Though, at 78, Biden is the oldest US president ever inaugurated, he was only eight years old when Elizabeth, then still a princess, met her first US leader, Harry Truman, in 1951.

Biden is not the only president to gush about the Queen’s charms. His predecessor, Donald Trump, met with the Queen in 2018 and again in 2019, and was lavish in his praise for her. Trump called the monarch a "great, great woman” and a “constant symbol of these priceless traditions” after the 2018 meeting, and, after a banquet with Her Majesty in 2019, said, “I didn’t even know who the other people at the table were. I never spoke to them. We just had a great time.”

Biden left the UK later on Sunday for a NATO summit in Brussels the following day. From there, he will travel to Geneva for a hotly anticipated meeting with Vladimir Putin.