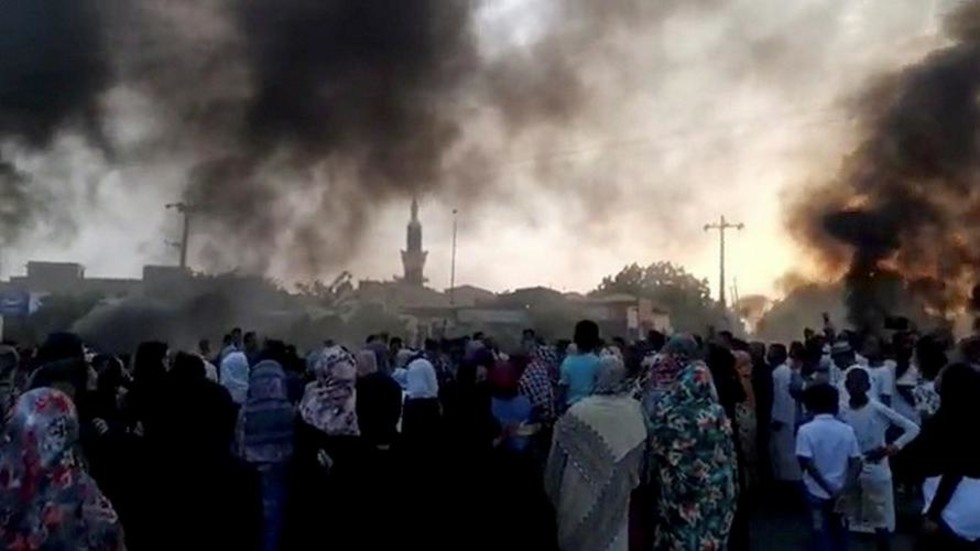 Tens of thousands have taken to streets in Sudan's capital Khartoum and the city of Omdurman, after troops arrested the prime minister in a coup. The Ministry of Information claims troops have fired on pro-government protesters.

The streets of Khartoum and Omdurman were full of protesters on Monday after the Ministry of Information relayed a plea from detained Prime Minister Abdalla Hamdok. "Occupy streets to defend the revolution," the ministry posted on its Facebook page, allegedly echoing a message shared with the government department by Hamdok. In a statement shared with Reuters, the ministry also said it is inviting everyone to march "until the coup attempt is brought down."

Footage shared online shows that Sudanese citizens responded to the plea of their transitional government, which was formed in 2019. As people marched through the streets, gunshots can be heard echoing around Khartoum and the adjacent city of Omdurman while smoke can be seen rising across the cityscape.

Other videos show residents of the capital and the twin city of Omdurman starting fires in the road and creating obstacles, in apparent efforts to halt the movement of troops.

Reports also suggest that demonstrators were able to breach the outer barrier of the military HQ in the capital.

In a series of Facebook posts, the information ministry said that the military had fired on protesters and that casualties were expected. Its officials stated that the people of Sudan had clearly rejected the attempted coup and that there were tens of thousands of people on the streets.

Early on Monday morning, Hamdok and his wife, as well as Industry Minister Ibrahim al-Sheikh, and the governor of Khartoum Ayman Khalid, were detained by the military in the coup. The information ministry claims that Hamdok was removed to an undisclosed location after he'd failed to endorse the coup.

In another statement shared by the Minstry of Information, the prime minister's office called on people to sustain their protest for the sake of defending the revolution.

Sudan has endured an uneasy peace since long-time leader, Omar al-Bashir, was removed from power in 2019 after months of popular protest. The country is being run by a Sovereign Council of military and civilian members, who have been frequently at odds with each other. They are tasked with overseeing the transition to democracy and Sudan's first elections in 2023.