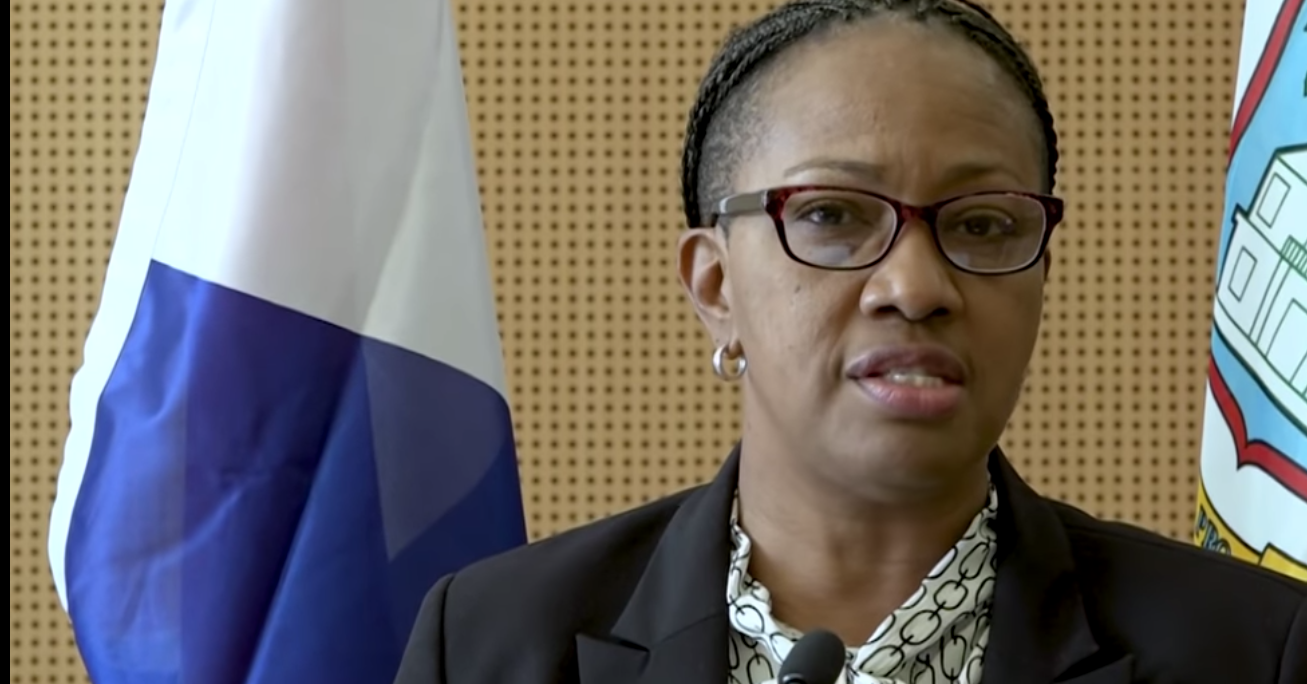 Silveria Jacobs, the prime minister of Sint Maarten, isn't accepting any of your excuses for leaving your house.

In wake of the threat posed by the global coronavirus pandemic, Jacobs ordered a halt to all nonessential movement in the small Caribbean nation of just 41,000 people.

On April 1, at the end of an hour-long briefing by officials, Jacobs had a simple message for her people about the importance of social distancing.

"We can stop [the spread of the virus]," she said. "Stop moving. Simply stop moving."

Jacobs told residents of the small island, which was devastated by Hurricane Irma in 2017, to treat the pandemic like a natural disaster.

"You're supposed to have a two-week supply for hurricanes, and at the beginning of this I said, 'Prepare your disaster kit as if you were for a hurricane.'"

She told people not to buy water or toilet paper but rather one to two weeks of food in the event of a full lockdown, which would mean grocery stores would close.

The prime minister said she doesn't want to order a full lockdown, so she is urging people to practice social distancing and remain home as much as possible.

"If the people of Sint Maarten do not adhere to the measures that the government of Sint Maarten is putting in place for your own safety, then I have no other choice," she said bluntly.

In contrast to briefings by US officials and President Donald Trump, which even some people in conservative media have found to be not useful, many people found Jacobs' straightforward tone quite helpful.

Many of the people sharing Jacobs' video are children of the Caribbean diaspora who could hear echoes of their own mothers and grandmothers in her address.

Honestly was looking for a slipper to fly

Others around the world are clamoring for her to-the-point leadership style.

Jacobs acknowledged that a lot of people in Sint Maarten are angry about the severity of the lockdown she's ordered, but she isn't backing down.

"Someone told me, 'You're starting to sound like the Suriname general,'" Jacobs said in reference to Desi Bouterse, the autocratic leader of Suriname who has been connected to the murders of opposition figures. "But it looks as if, at times, that is what is needed: a tough, hard exterior for people to listen."

Jacobs, who just took office in November, added that while many of the measures may feel extreme, there are unique challenges facing countries like hers. Sint Maarten welcomes a steady stream of tourists from around the world, boosting its exposure risk to the virus - but at the same time, the nation can only provide limited health care for its citizens.

"We only have two ICU beds," Jacobs explained. "That means two beds where a patient can be isolated and ventilated."

So let's all work to not disappoint the prime minister - because she's definitely coming for us if we do.