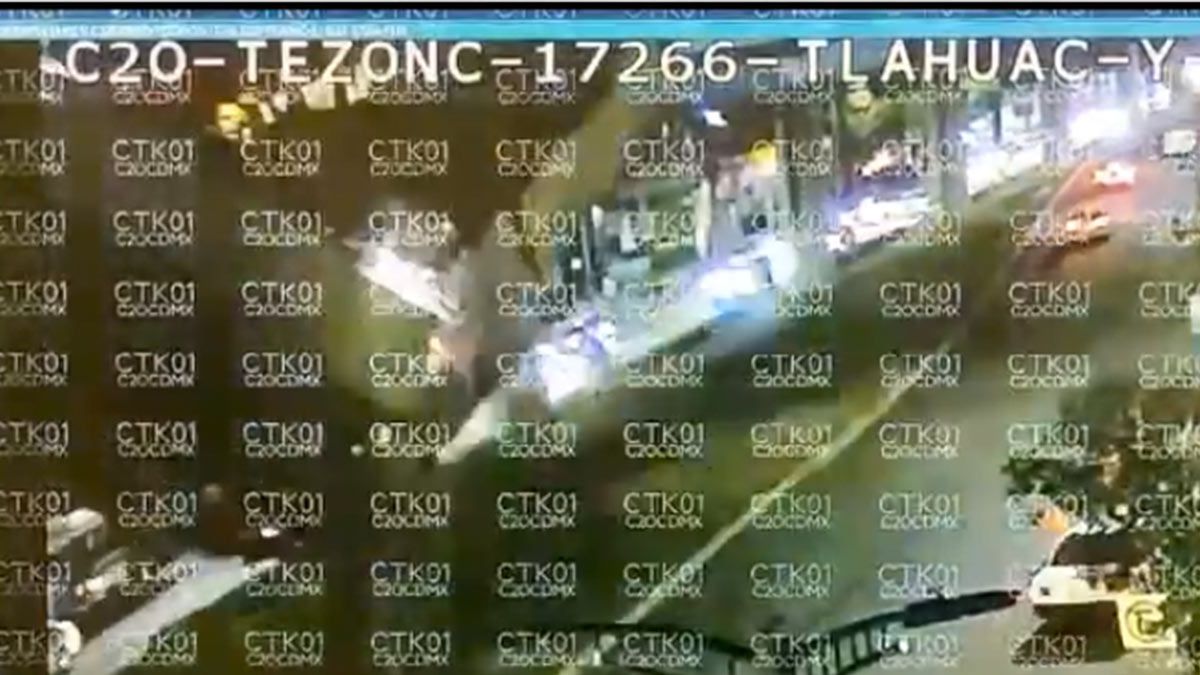 Through a video of the Command, Control, Computing, Communications and Citizen Contact Center of Mexico City (C5), the exact moment when a Metro bridge collapsed in Mexico was revealed.

While the cars circulated on Tláhuac avenue back and forth, a bridge where the subway cars travel collapsed during the passage of a train, leaving dozens of injured in its wake.

In the image you can see the collapse, and immediately a cloud of smoke that even obscures the vision of the security cameras.

At least 23 people died and 70 were injured when a section of an elevated track on line 12 of the Mexico City metro collapsed on Monday.

The head of government of Mexico City, Claudia Sheinbaum, traveled to the scene of the incident, confirmed to the media that 49 of the injured had been transferred to a hospital and announced that an investigation is being carried out to clarify the causes of the happened.

Sheinbaum had pointed out on Twitter that the tragedy occurred after a girder (beam) of the overpass collapsed and a car was trapped under the rubble.

She also explained that there are minors among the victims, although he did not specify if they have died or are injured.

The Metro of the Mexican capital is one of the busiest in the world, since it transports about 6 million people from Monday to Friday. Demand is low on weekends.

Citizens have criticized the precariousness of the facilities and the lack of maintenance of an infrastructure that often suffers from interruptions.

Line 12 of the metro, where the accident occurred, also known as "the golden line", was inaugurated in October 2012 when the current chancellor of Mexico, Marcelo Ebrard, was head of government of the country's capital.