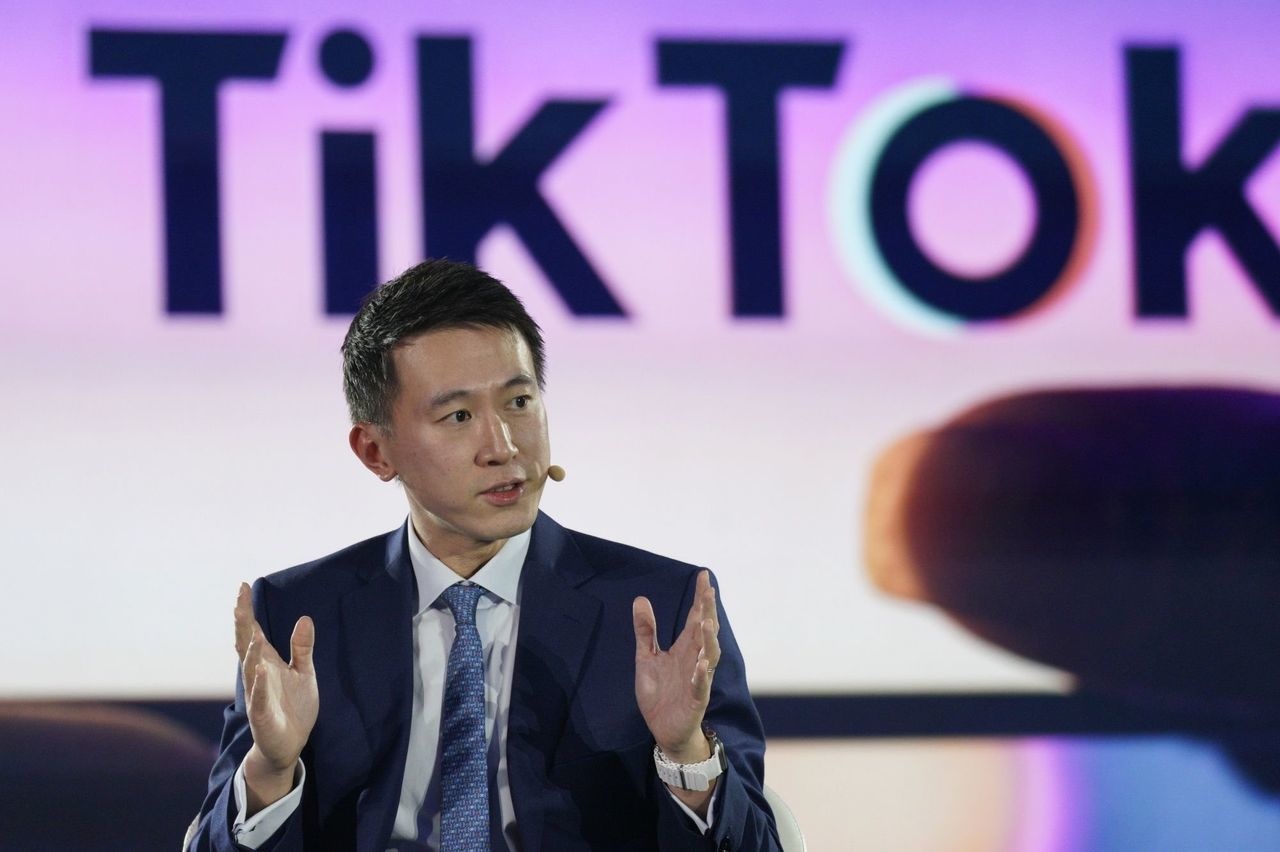 Listen to the article
0:00
0:00
TikTok Chief Executive Shou Zi Chew is scheduled to meet with European Union officials and regulators in Brussels next week, as the popular app faces heightened scrutiny in Washington over its Chinese ownership.
Mr. Chew is scheduled to meet with Margrethe Vestager, the executive vice president of the EU’s executive arm and its top competition regulator, on Tuesday. He also plans to meet Justice Commissioner Didier Reynders, Home Affairs Commissioner Ylva Johansson and Vice President for Values and Transparency Vera Jourova.

A spokeswoman for Ms. Vestager said her meeting’s objective was to review how the company was preparing to comply with new EU regulations governing internet safety and fair competition among tech companies that take effect this year. The spokeswoman said that the EU’s executive arm was planning to meet with other tech companies, too. She added that TikTok requested the meeting with Ms. Vestager.

Asked about the coming meetings, a spokesman for the EU’s executive arm said Friday that the EU is generally concerned about the protection of personal data on TikTok as well as other apps. A TikTok spokesman declined to comment.

The EU has played an outsize role in pushing new regulation related to the technology industry. Brussels has drafted and enforced rules that, while applicable in Europe, have been mirrored by other jurisdictions. Given the EU’s large market, meanwhile, many tech companies have altered their global operations to align with new European rules.

Over the years, Brussels has targeted Silicon Valley giants such as Facebook owner Meta Platforms Inc., Apple Inc. and Amazon.com Inc. over issues as varied as privacy, anticompetition and taxes.

TikTok has also faced European scrutiny. A European consumer organization in 2021 alleged TikTok was breaking consumer rules, including failing to protect children from inappropriate content. That triggered a dialogue between EU and national consumer-protection authorities and TikTok. Mr. Reynders said last year that TikTok addressed the concerns, but that the EU would continue to monitor the situation.

Brussels has been less hawkish on TikTok than Washington. Some Biden administration officials are pushing to separate TikTok from its owner, Beijing-based ByteDance Ltd., via a forced sale to an American company. The federal government recently banned TikTok on government-owned devices, and a bipartisan group of Congress members have introduced a broader bill to ban TikTok from operating in the U.S.

U.S. officials say the Chinese government could order TikTok to hand over data on its tens of millions of American users, or to influence the videos they see. TikTok has said it would refuse such a request. Beijing said the U.S. is spreading misinformation about TikTok.
#Facebook
Add Comment