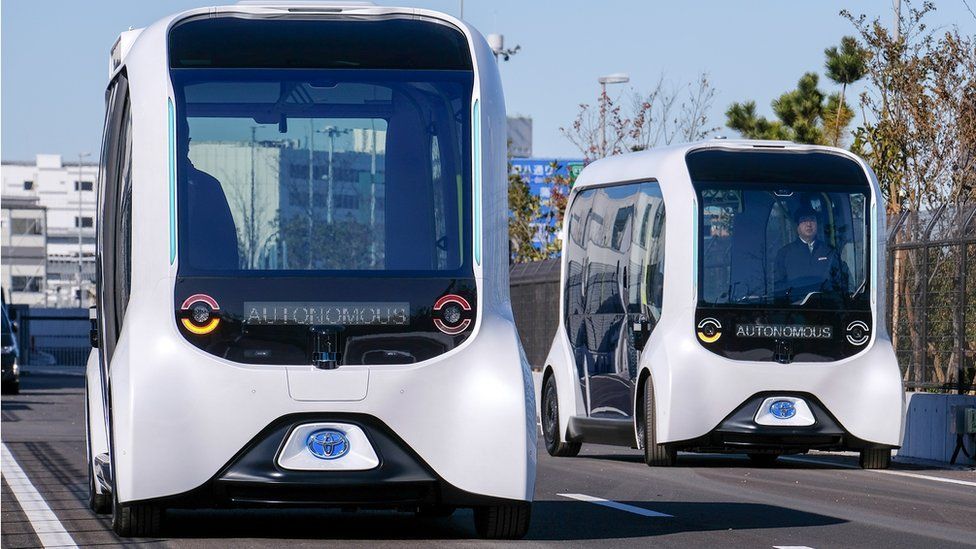 Toyota is resuming operations of its autonomous vehicles at the Paralympic Games village in Tokyo following an accident.

Services of the e-Palette pods were halted after a vehicle hit a visually impaired athlete last week.

The athlete was not seriously injured, but he had to pull out of an event because of cuts and bruises.

The vehicles will now have more operator control and extra staff to ensure they do not hit any more people.

Aramitsu Kitazono, a member of Japan's judo team, was hit as he was walking across a pedestrian crossing on Thursday.

Mr Kitazono was unable to compete in his 81kg category because of the accident.

In a statement late on Monday, Toyota said: "The vehicle's sensor detected the pedestrian crossing and activated the automatic brake, and the operator also activated the emergency brake. The vehicle and pedestrians, however, came into contact before it came to a complete halt."

The company said that operators would now be given control over how fast the vehicles travel, with two members of safety staff on board, rather than one, to help look out for pedestrians.

New safety features will also include louder warning sounds, while pedestrian guides at busy crossings in the Paralympic village will be increased to 20 from six.

Toyota also said that it would continue to make safety improvements "on a daily basis" until the village closes.

The company also said it was co-operating with a local police investigation to determine the cause of the accident.

On Friday, Toyota chief executive Akio Toyoda made a public apology after the incident.

"A vehicle is stronger than a person, so I was obviously worried about how they were," he said in a YouTube video.

Mr Toyoda said the accident illustrated just how difficult it was to operate self-driving vehicles in the special circumstances of the village during the Paralympics, with people there who are visually impaired or have other disabilities.

"It shows that autonomous vehicles are not yet realistic for normal roads," he added. 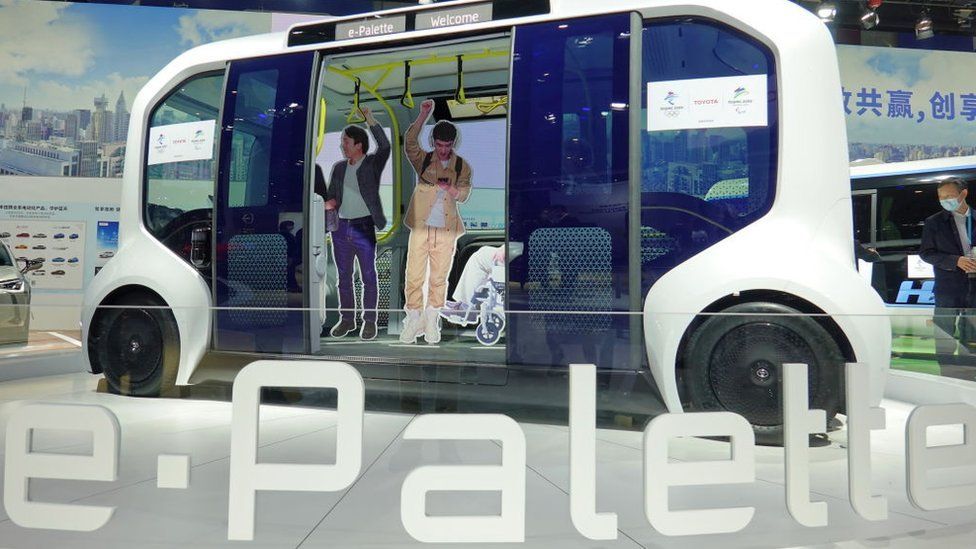 The company's e-Palette pod, a fully autonomous electric vehicle, was adapted specifically for use during the Tokyo Olympic and Paralympic Games, with large doors and electric ramps to allow groups of athletes to board quickly.

The world's biggest carmaker, like many of its motor industry rivals, is trying to develop autonomous vehicles to operate safely on public roads.

The e-Palette was unveiled at the CES technology show in Las Vegas in 2018, with the company touting it as "a symbol of mobility that goes beyond cars to provide customers services and new values."

At that time, Mr Toyoda declared that Toyota was going to transform itself from a car company to a "mobility company".