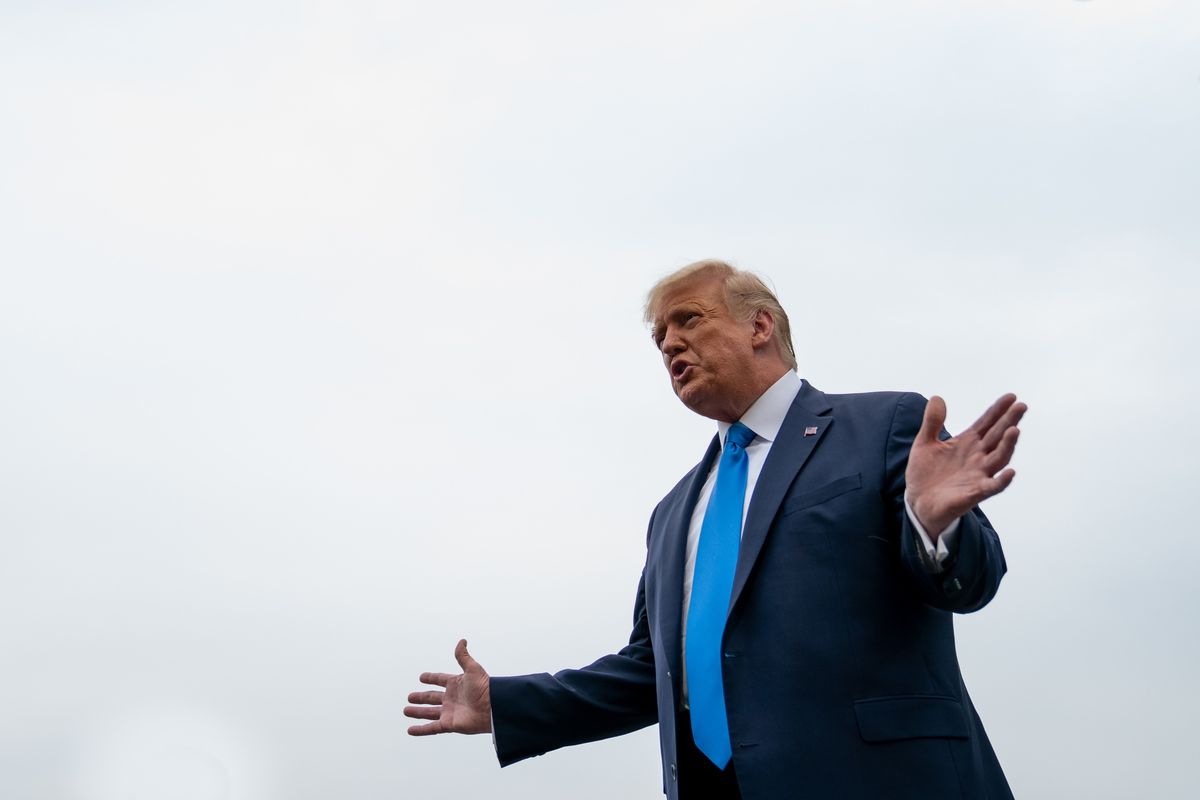 President Donald Trump called for Joe Biden to take to a drug test before Tuesday’s presidential debate, repeating a claim, without evidence, that the Democrat’s public appearances have been affected by drug use.

In a Sunday-morning tweet, sent while en route to his private golf club in Virginia, Trump said that he would “agree to take one also.”

I will be strongly demanding a Drug Test of Sleepy Joe Biden prior to, or after, the Debate on Tuesday night. Naturally, I will agree to take one also. His Debate performances have been record setting UNEVEN, to put it mildly. Only drugs could have caused this discrepancy???

Trump first raised the idea of drug testing in August, saying Biden’s debate performances during the Democratic primary drastically improved before his head-to-head matchup in March with his main opponent, Senator Bernie Sanders.

The president has offered no proof that Biden has taken drugs to improve his public speaking.

Trump, 74, has argued for months that Biden, 77, is mentally diminished, an unsubstantiated claim that had the effect of lowering expectations for the Democrat’s debate performance this week.

Trump has since tried to raise the bar by comparing the Biden’s decades-long career in politics to his relatively short one. “He’s been doing this for 47 years; I’ve been doing it for four years,” Trump told reporters Saturday when asked about the debate.

Biden hasn’t responded to Trump’s drug-testing comments, but in an interview on Saturday compared the president to Nazi propagandist Joseph Goebbels for his strategy of repeating a “lie” enough times with the aim of making it common knowledge.

The comment was made in response to a question about how Biden would confront repeated false accusations from Trump that he’s a socialist.