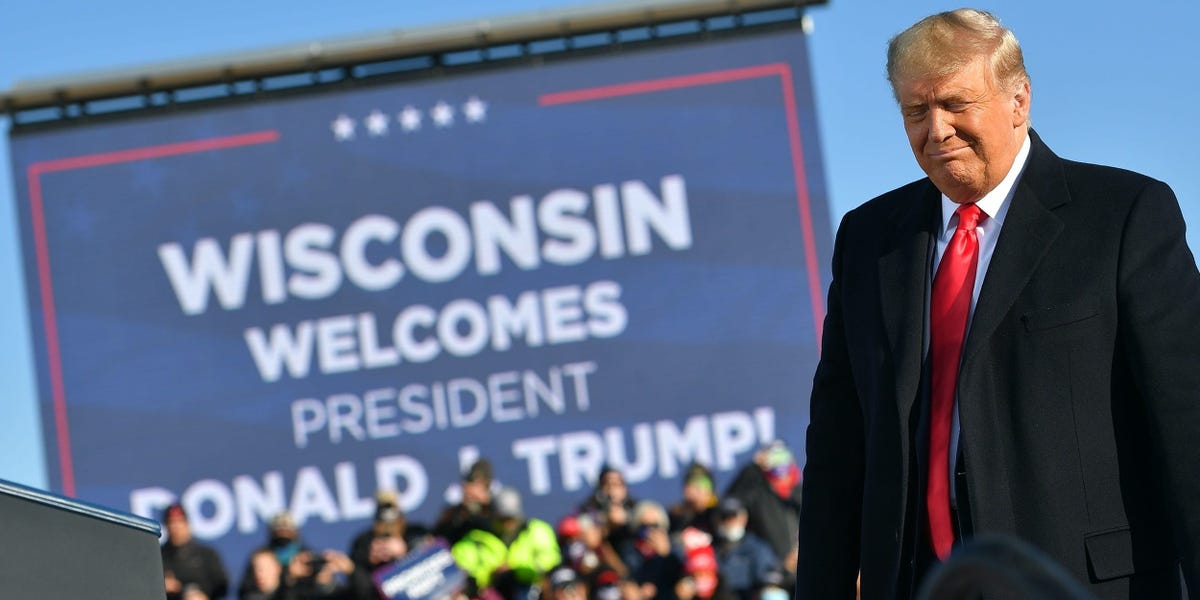 The Trump administration spent $3 million to request two recounts in Milwaukee and Dane counties after the president lost Wisconsin to Biden by over 20,000 votes.

But county election officials in Milwaukee County completed their recount on Friday and found that Biden actually made a total net gain of 132 votes out of nearly 460,000 votes cast.

This further boosted Biden's margin of victory, who overall gained 257 votes to Trump's 125.

Milwaukee County Clerk George Christenson said on Friday: "The recount demonstrates what we already know: that elections in Milwaukee County are fair, transparent, accurate and secure," according to Reuters.

Dane County is expected to announce its recount results on Sunday. Both Milwaukee and Dane are two of Wisconsin's most populous counties and have a large number of Democrat voters.

Trump is still expected to mount a legal challenge to the overall result in Wisconsin, but the window of opportunity is slowly closing as the state is due to certify its final result on Tuesday.

Certification is done by the Democratic chair of the Wisconsin Election Commission, which is bipartisan.

Trump has carried on pushing unproven claims of widespread voter fraud as his election campaign continues to file legal challenges in several states.

A US chief election administration official, who was appointed by the president, previously told Insider in an interview that there is "no evidence of widespread voter fraud" and that the president's claim "hurts the fabric of our nation."

Trump's legal team suffered another defeat in Pennsylvania on Friday after a federal appeals court rejected the campaign's latest attempt to challenge the state's election results, the Associated Press reported.

Meanwhile, in the key swing state of Georgia — which Biden won — the president's baseless claims have concerned fellow Republicans who feel his comments could hinder the party's efforts to retain control of the Senate.

Biden won the popular vote by a margin of 4 percentage points, 51% to 47%, according to Decision Desk HQ data published by Insider.
#Joe Biden
Add Comment