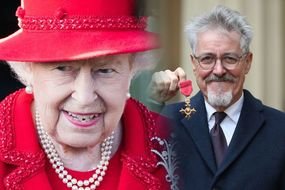 Two given prestigious honour from Queen

Two residents have made the Queen Elizabeth II 2020 Diplomatic Service and Overseas List for their service and contribution towards the development of the Virgin Islands.
Founder, Shareholder and Director of Road Town Wholesale Trading Ltd, Peter Haycraft was awarded with the Queen’s Order of the British Empire (OBE), while Director of the Youth Empowerment Project, Stacy Roger Mather was awarded with the Member of the Order of the British Empire (MBE) for services to the community and children in the British Virgin Islands.

The OBE is awarded to an individual for their outstanding achievement or service to the community which would have had a long-term and significant impact and stand out as an example to others.

The MBE is awarded to an individual for having a major role in any activity, including people whose work has made them known nationally in their chosen area.

A press release dates Dec. 31 stated that the governor gave remarks about both men, congratulating the two honorees. According to the release, he noted that Mr. Haycraft recently pledged one million dollars to rebuilding the Enis Adams Primary School after it was significantly impacted by Hurricane Irma.

Mr. Jaspert noted that Mr. Haycraft has been “a leading light in his contribution to business and supporting educational, cultural, sailing and voluntary organisations across the Territory for many years.”

Mr. Haycraft arrived in the territory in 1961 with his wife, Penny, and he is well-known for establishing RTW.

He also made note of Mr. Mather’s support of young people in the Virgin Islands for over 15 years. Through his leadership of YEP, Mr. Mather and his team have provided a safe space for many children to develop various skills.

YEP opened its doors in 2006 and its mission is to inspire young people to pursue learning experiences that will help them become socially responsible citizens.
#the Virgin Islands
Add Comment