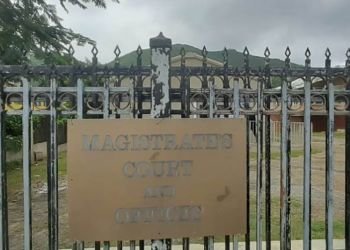 An unemployed mason from St Vincent and the Grenadines was caught with over $170,000 in cash, believed to be proceeds of crime, hidden inside a toolbox at his residence on Virgin Gorda.

Paul Mercutius Jack, 49, a resident of Valley on the sister island was arrested and charged with Proceeds of Criminal Conduct.

When he appeared virtually before Senior Magistrate Tamia N. Richards on Monday, December 7, 2020, he was not made to plea and is currently on remand at Her Majesty’s Prison in Balsam Ghut.

On December 4, 2020, about 7:55 am, the Royal Virgin Islands Police Force executed a warrant on the defendant’s residence.

On arrival, police met the defendant at the front of his home working on a wooden toolbox.

During the execution of the warrant, the toolbox was searched, and upon removing the tools, the officers observed that the toolbox had a secret compartment to the bottom.

In the presence of the defendant, the secret compartment was removed, revealing three plastic bags containing large quantities of cash.

When he was cautioned, he allegedly replied: “Officer, I don’t know whatever you see there, it is what it is.”

He was later taken to the Virgin Gorda Police Station where financial investigators questioned him on who the money belonged to, to which he took ownership.

He also participated in a cautioned interview, and when questioned, he allegedly said: “I am not going to answer that.”

He was subsequently charged with the offence before the court and is being represented by lawyer Ruthilia Maximea.