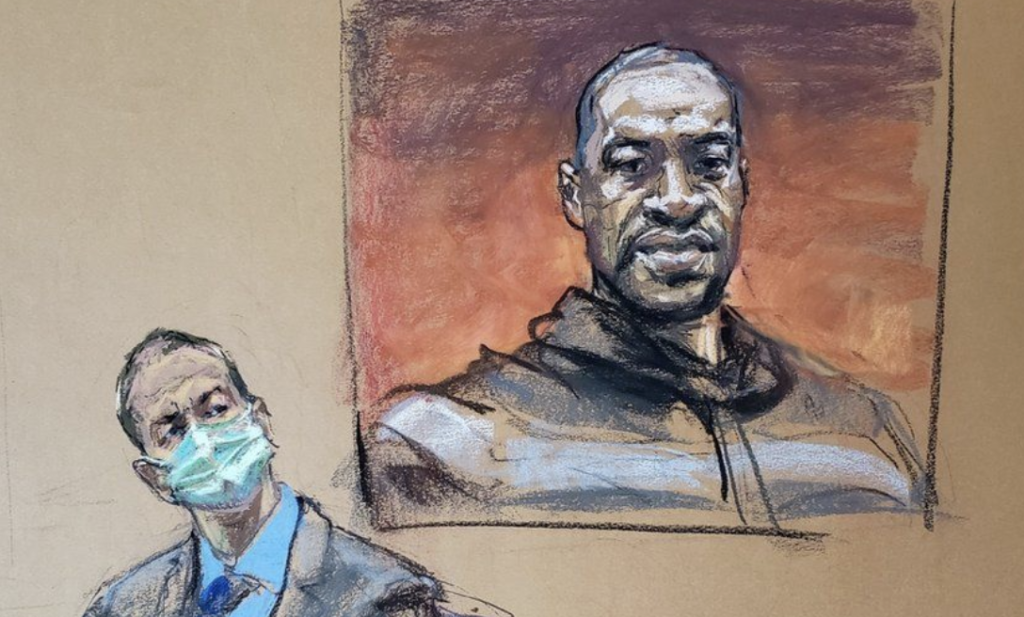 Derek Chauvin, the former US police officer who killed African American George Floyd by kneeling on his neck for nearly 10 minutes last year, has been sentenced to 22-and-a-half years in prison.

The 45-year-old was sentenced on Friday just two months after being convicted on charges of second-degree unintentional murder, third-degree murder and second-degree manslaughter for his role in Floyd’s death.

Before his before his sentencing, Chauvin reportedly offered “condolences to the Floyd family”.

Forty-five-year-old Derek Chauvin was convicted of second-degree unintentional murder, third-degree murder and second-degree manslaughter during his court appearance on Tuesday.

The former police officer’s bail was revoked thereafter and he was remanded.

According to reports from CNN, Minnesota’s sentencing guidelines recommend about 12.5 years in prison for each murder charge and about four years for the manslaughter charge. However, the state has asked for a tougher sentence than the recommendations provided.

Chauvin’s sentencing is set for eight weeks from now.

Meanwhile, Floyd’s death sparked weeks of protests and a global ‘Black Lives Matter’ movement in which the BVI community participated.

In June 2020, hundreds of BVI residents joined the Black Lives Matter March, calling for an end to racism and white supremacy in the British Virgin Islands and the wider world.

The march commenced at the Noel Lloyd Positive Action Movement Park in Road Town and ended with a ceremony at the Queen Elizabeth Park.