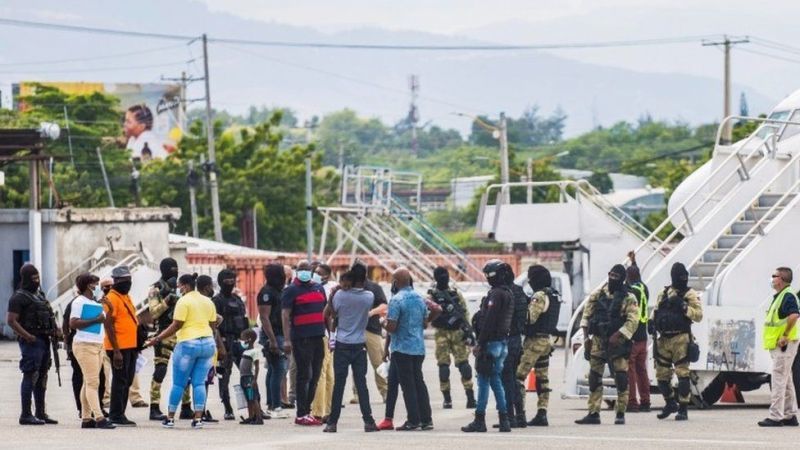 US flies Haitian migrants back home from border

The United States has started flying migrants out of a Texas border town that has seen an influx of mostly Haitian migrants over the past week.

About 13,000 would-be immigrants have gathered under a bridge connecting Del Rio in Texas to Mexico's Ciudad Acuña.

They have been waiting in a makeshift camp in temperatures of 37C (99F).

An emergency US public health order known as Title 42 allows authorities to expel most migrants before they can claim asylum.

Local officials have struggled to provide those in Del Rio with food and adequate sanitation.

Tom Cartwright, of the advocacy group Witness at the Border, who tracks US Immigration and Customs Enforcement (ICE) flights, told Reuters three flights left Texas - one from Laredo and two from San Antonio - on Sunday carrying Haitians back to Haiti.

Border Patrol Chief Raul L Ortiz said 3,300 migrants had been moved from the camp to planes or detention centres.

"Over the next six to seven days, our goal is to process the 12,662 migrants that we have underneath that bridge as quickly as we possibly can," he told a news conference on Sunday.

He said the US was working with the migrants' home nations or countries they had travelled through, to get them to accept their return.

While most of those at the camp are Haitians, there are also Cubans, Peruvians, Venezuelans and Nicaraguans present.

Many Haitians left the country after a devastating earthquake in 2010, and a large number of those in the camp had been living in Brazil or other South American countries and travelled north after being unable to secure jobs or legal status.

This year has brought further hardship for the impoverished island. In July, Haiti's president was assassinated - and in August it suffered another deadly earthquake.

Some of those sent home said they planned to leave Haiti again as soon as possible.

Valeria Ternission, 29, said she and her husband want to travel with their four-year-old son back to Chile, where she once lived.

"I am truly worried, especially for the child," she told AP. "I can't do anything here."

Cubans too have been fleeing the island's worst economic crisis since shortly after the end of the Cold War, the BBC's Mexico correspondent Will Grant reports.

Many of the migrants in Texas have made probably the most treacherous migrant journey in Latin America by crossing the thick jungle of the Darien Gap between Colombia and Panama on foot.

The US government has reported a surge of migrants arriving at the border with Mexico this year.

The number of people detained there in July exceeded 200,000 for the first time in 21 years, according to government data. 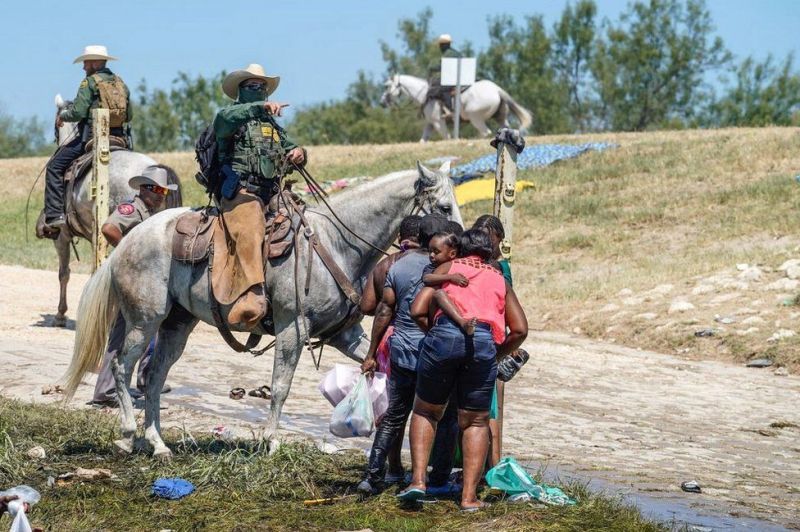 US Border Patrol agents on horseback have been trying to close off crossing points along the Rio Grande river. 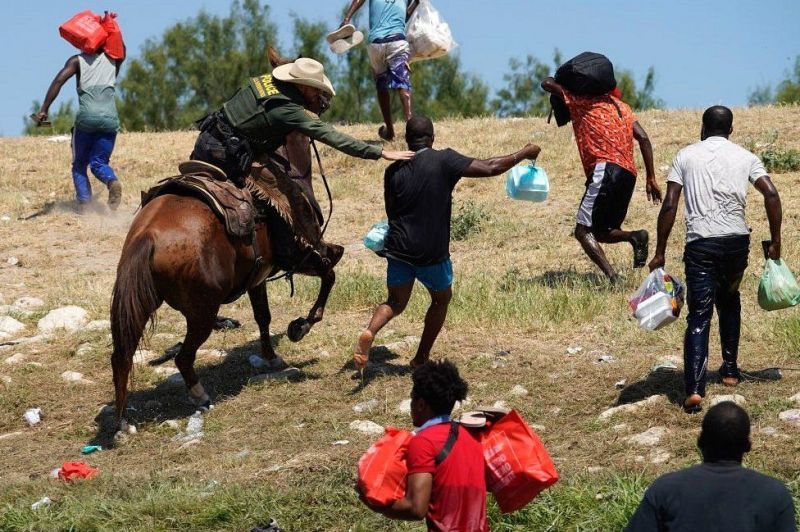 US Border Patrol agents try to stop some migrants from entering the camp.