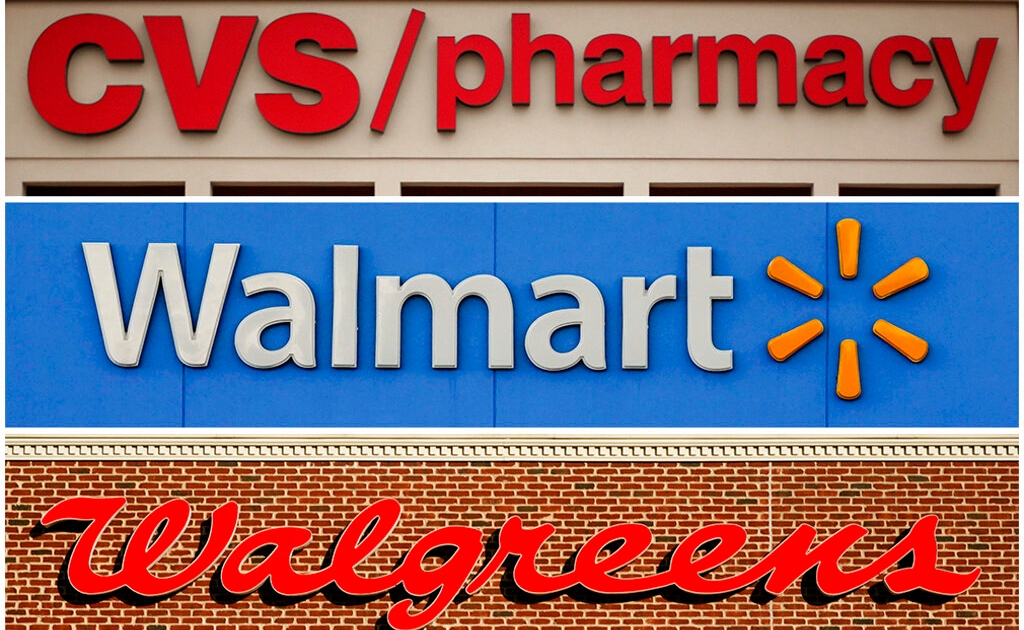 US judge to decide how much pharmacies owe over opioid crisis

How much money should CVS, Walgreens and Walmart pharmacies pay two Ohio counties in damages to help abate the effects of the opioid crisis?

That is the question in front of a federal judge in Cleveland, who will begin hearing testimony on Tuesday after a jury found the three giant pharmacy chains responsible last fall for recklessly distributing massive amounts of pain pills in Lake and Trumbull counties. It was the first time pharmacies in the United States have been held responsible for the opioid crisis.

Plaintiff’s lawyers said before the trial that each county needs about $1bn to repair the damage caused by the flood of pills, which caused hundreds of overdose deaths.

Back in November, a jury in US District Judge Dan Polster’s courtroom sided with the counties and agreed that the way the pharmacies dispensed pain medication played an outsized role in creating a public nuisance.

Now, the counties are expected to present testimony from doctors to discuss the harm suffered by those communities, the opioid crisis’ effect on child welfare and other county agencies, and an abatement plan created for the counties.

“The jury sounded a bell that should be heard through all pharmacies in America,” Mark Lanier, the lead lawyer for the counties, said after November’s verdict.

Across the US, many lawsuits filed by governments over the toll of the drugs have been resolved in recent years — most with settlements, and some with judgments or verdicts in trials. So far, drug makers, distributors and pharmacies have agreed to settlements totalling well more than $40bn, according to an Associated Press tally.

According to an April 25 court filing, the abatement plan created for Lake and Trumbull counties by Dr Caleb Alexander of John Hopkins Bloomberg School of Public Health, “are reasonable and necessary to abate the public nuisance found by the jury”.

The plan focuses on prevention, treatment, recovery and “measures intended to specifically address the needs of special populations who have been uniquely affected by the opioid epidemic”, the court filing said.

Lawyers for Walgreens and Walmart argued in a court filing that the counties’ $878m abatement plan should be limited to one year and not the minimum of five years the counties argue they need. One of the pharmacy chains’ experts has estimated the actual cost at $346m while another expert said it was less than $35m, the filing said.

Defence lawyers also argued that damage caused by other entities who contributed to the public nuisance of opioid addiction should be excluded from any amounts awarded by Polster and that those costs should be limited to the pharmacies’ “appropriate share of contribution to the nuisance”.

There were nearly 500,000 deaths caused by legal and illegal opioids between 2000 and 2019, according to the US Centers for Disease Control.