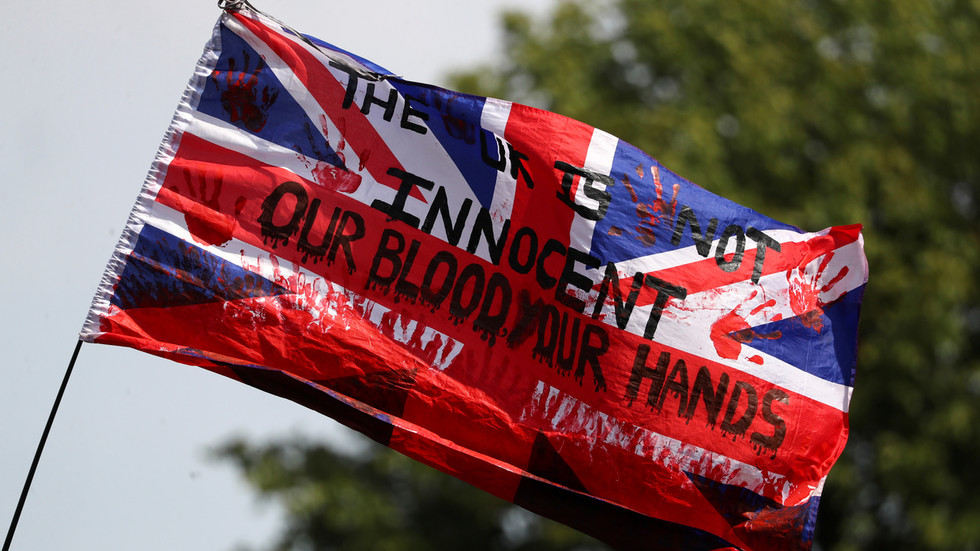 Official: Brits are NOT racist… and the woke are outraged as it ruins the narrative around which they’ve built an entire industry

A new report that says the UK “should be regarded as a model for other white-majority countries” due to its lack of structural racism is worth celebrating. But those who make money off the ‘racist’ myth are predictably unhappy.
Listen? Can you hear that noise? It’s the sound of tens of thousands of fingers whacking and clacking away at thousands of keyboards in furious glee.

There’s something to attack, you see: the British, they’re not especially racist. How can that be? No, no, no! Racism is a MASSIVE problem! How dare they?

A brand-new Government report says it found no particular structural racism in the UK, and Downing Street claims we Brits are, in fact, exemplars of equality and diversity. The UK “should be regarded as a model for other white-majority countries,” says the Commission on Race and Ethnic Disparities.

That’s something to be proud of, no?

Nope. On the contrary. It’s a major blow to the solar plexus for lots of columnists and writers and editors, especially at the Guardian and the BBC, and also to thousands of university and college lecturers and people who run training courses and think tanks to teach us all how to be more woke.

The Runnymede Trust, a race-equality think tank, has already had a pop at it, with its chief executive Dr Halima Begum saying it was “deeply, deeply worrying” and that she feels “massively let down”. More quotes and more outrage, you can be damned sure, are certain to follow.

This report? It’s a whitewash. It just must be. A whitewash with a black man named Dr Tony Sewell holding the brush.

Sewell is the boss of the Commission on Race and Ethnic Disparities and he is, true enough, close to Boris Johnson, having worked for the prime minister when Johnson was mayor of London. Yet – nevertheless – he knows his stuff, and has been around a long time as an education consultant, particularly with regard to BAME kids. He can’t be dismissed just because he’s BoJo’s chum.

The report was commissioned following the Black Lives Matters movement that swelled up and broke out into protests all over the world last summer. Derek Chauvin, the policeman who was filmed kneeling on George Floyd’s neck until he died, is currently on trial for second-degree murder... in Minneapolis. That’s in the USA, folks. It’s not in the UK.

American laws and American policing practices and American racial dynamics – good or bad – simply do not apply in Britain. Yet Floyd’s death led to protests and the toppling of statues on the other side of the Atlantic.

The whole thing, you see, is an industry. There’s loads of money to be made in this game. Plenty of people pay their rent or their mortgages, and for their soy lattes and hemp footwear, off the back of it all.

I did a course a couple of weeks ago and it was, to my mind, five hours of stating the bloody obvious. Although I did receive a nice certificate from Equality and Diversity UK that I can frame and put on my wall as proof, maybe, of some kind of a ‘cure’.

I basically learnt that I am biased. Every human being on planet Earth, in fact, is biased, to one degree or another. Here’s the thing, though. A black man can be biased against another black man. A lesbian can be biased against another lesbian. A transgender woman... well, she/he might really despise another transgender woman.

There’s no cure for life, there is no solution to the human condition.

They should never have issued me with my certificate, though, because I am fairly comfortable with plenty of my biases. There are some people I simply do not like. And none of those people, I must add, are black or gay or transgender. They’re all heterosexual white men, with a couple of straight white women chucked into the mix.

Anyway, this new government report says, “The well-meaning idealism of many young people who claim the country is still institutionally racist is not borne out by the evidence.”

All this starts, I really do believe, in pseudo-academic courses in Britain’s colleges and universities. Social studies. Media studies. Communication studies. Gender studies. The titles of these courses change with the times. But they’re all pretty much the same thing.

Way back in, say, the 1960s or 1970s, young adults would attend university and get a degree in maths or economics, physics or chemistry, politics, languages, whatever. Not anymore. Now kids can spend three years of their lives simply, well, navel-gazing.

There was once, I kid you not, a course module called David Beckham Studies at Staffordshire University, when the former England captain was at the top of his game. Even Durham University, seen by many as being the third-‘best’ university in Britain after Oxford and Cambridge, offered a module on Harry Potter ‘to examine prejudice, citizenship and bullying in modern society’.

I don’t know anyone – not a single soul – who is overtly racist or homophobic. I do, however, know plenty of people who may make dumb jokes about, well, pretty much anyone. Especially if they feel relaxed among friends and they’ve had a beer or two. Fat, thin, tall, short, northern, southern. Anyone and anything.

That, to me, is the very definition of inclusion. Whatever it is that excludes you, if you can take the mickey out of it and give as good as you get, then you have stepped inside the circle.

So, Britain isn’t especially racist. Bugger! That’s a chisel hammered into the foundation upon which many woke folk stand. What the hell else are they gonna get on their high horse about? Oh well, they’ve still got Brexit. The very same people are still waiting for Britain to fail, to fall face-first into the global mud, away from the EU’s shores. Sooner or later, you’ll hear their keyboards clattering.
#Boris Johnson
Add Comment