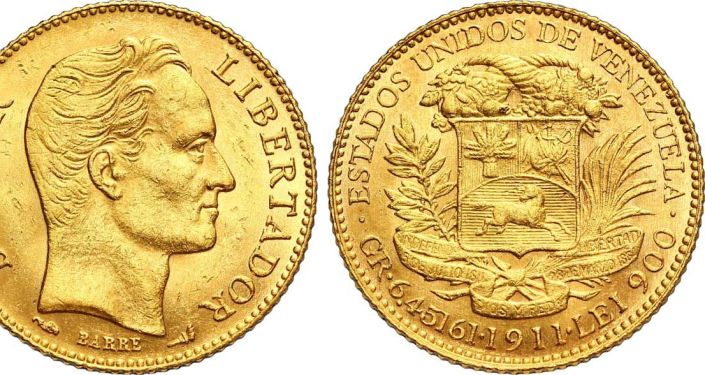 President Nicolas Maduro has promised Venezuelans “a surprise” new cryptocurrency known as the digital bolivar, saying he would make an important announcement on the currency soon.

“We have a surprise: the digital bolivar. We will provide more details about it later,” the president said in a national television address Wednesday.

Maduro said the Venezuela had achieved a digitization rate of 77 percent for payments in 2020 in the form of using debit cards to make payments, and reiterated a pledge made last month to achieve a rate of 100 percent by the end of the year, completely squeezing out cash payments in both paper bolivars and foreign currencies.

No other details about the digital bolivar were given, but Jose Angel Alvarez, president of Venezuela’s National Cryptocurrency Association, believes the new cryptocurrency could complement the petro, telling decrypt.co that one to be used for domestic transactions and the other for foreign trade.

Ray Falconi, another association member, told the outlet that the new currency could be used to continue dollarizing the economy as part of the state’s recent initiative to stabilize the fiscal situation and get inflation under control. “It could be possible to convert the digital dollars handled by the banks and pay with our digital coin with any bank,” he explained.

“That’s why the government is conducting a first step of opening dollar accounts: to be able to capture cash and digital currency and convert it to a token backed with those dollars,” Falconi suggested.

Last month, Caracas lifted currency exchange controls, allowing citizens to establish debit accounts in dollars (with transactions processed in bolivars), and raising the official exchange rate to coincide with that found on the black market.

“We have created a resistance economy. This is why I have authorized the opening of accounts in convertible currencies,” Maduro said in his Wednesday remarks.

Fernando Medina, chief technical officer at Vlockchain, a Caracas-based blockchain consultancy, believes the digital bolivar could become a full-fledged central bank currency that enjoys the status of legal tender, which the Petro presently does not.

A brainchild of President Maduro’s, the petro is said to be pegged to a basket of goods including oil, gas, gold and diamonds, and was originally conceived as a blockchain-based means to circumvent US sanctions. To encourage its use, the currency was handed out in small quantities to citizens and allowed to be used to pay taxes and make other payments. Caracas also hoped to use the petro to facilitate foreign trade, including oil trade with other countries.

However, there has been little news on the petro since its launch, with the US preemptively banning its use in 2018 and calling it a “scam.” Foreign traders don’t seem to be sure of its current status.

Oh ya 47 days ago
What a joke. A crypto that is worth the same as the Bolivar..... Nothing. Bread and circus for the poor people of Venezuela. The reason for this is you need a wheelbarrow to carry enough worthless Bolivar to by a loaf of bread if you even find any to buy
View all comments (1)Add comment