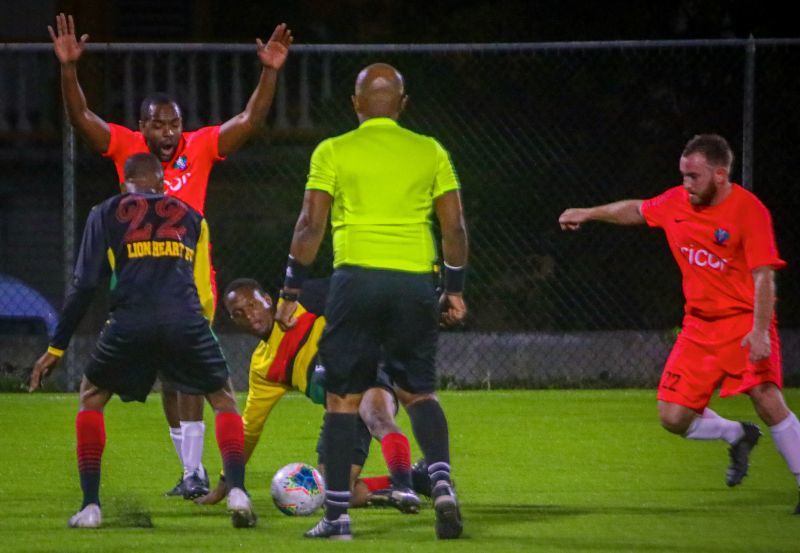 The Wolues FC beat Lion Heart FC 4-2, on Sunday, December 19, 2021, to further dent their title hopes, whilst closing the gap between the top five to just two points, with the Panthers FC top at Christmas!

The latest from the British Virgin Islands Football Association (BVIFA) Media lead, Charles Jackson, is that Wolues took the lead through Paul Edwards heading in from a Phil Nelson free-kick in just the 3rd minute, but the game had barely restarted when Akele Campbell equalized from a set-piece of their own.

Wolues took the lead for good when Luca Reich found some space to cross well for Alessandro Palladino to tap home in the 34th minute and the Wolues were able to manage the game from there, adding to their goals for column in the 90th minute when Scott Kirk fired home to round out the scoring.

“I thought that we played well for most of the game” commented Nelson.

“The first half was a little frantic, but we improved in the second half, and it felt like we had more control across the pitch which was the pleasing. We were incredibly happy to get the three points, especially against a formidable team and one that will be close to us in the league,” he added. 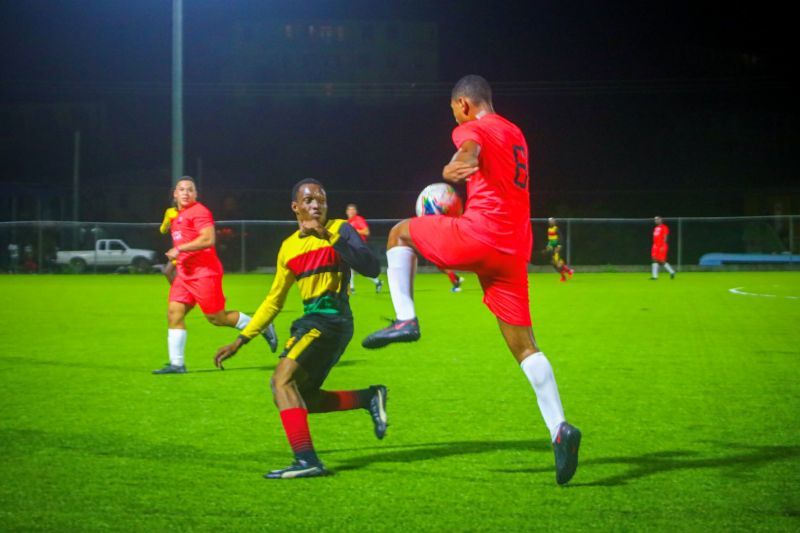 Action in the Wolues Vs Lion game, with Wolues' Alessandro Palladino captured in action.

Meanwhile, VG Utd demolished the short-handed One Caribbean 5-0 with goals coming from top scorer Levon Williams in the 11th and 60th minutes, Devonte Samuel in the 18th, Sheldon Harry, with his first goal since his transfer, in the 81st and Thomas Albert in the 84th.

“The players really worked hard in training this week and were motivated” noted Coach Jermain Abrams “They were a player short, but it was a good game and we could have capitalised on a lot more situations to score. It was a good game overall though and good to see things we had put into place working and most of the youngsters getting on the score sheet!”

And in the weekend's other game, One Love Utd beat Rebels, 5-2, as Tyler Forbes fired home a hat trick in 20 frenetic minutes on either side of the halftime break. His first came in the 27th, to make it 2-1 after Abner Villanueva had opened the scoring in the 19th minute from the penalty spot, Forbes made it 3-1 in the 35th minute and then rounded out his hat trick in the 47th minute also from the penalty spot to make it 4-1.

Denvin Jones made it 4-2 in the 51st minute after Jimmy Peters had scored just before halftime, but there was never much doubt as to where the three points were headed, a destination made even more secure deep into added time at the end of the game when Niccain Plunkett made it 5-2.