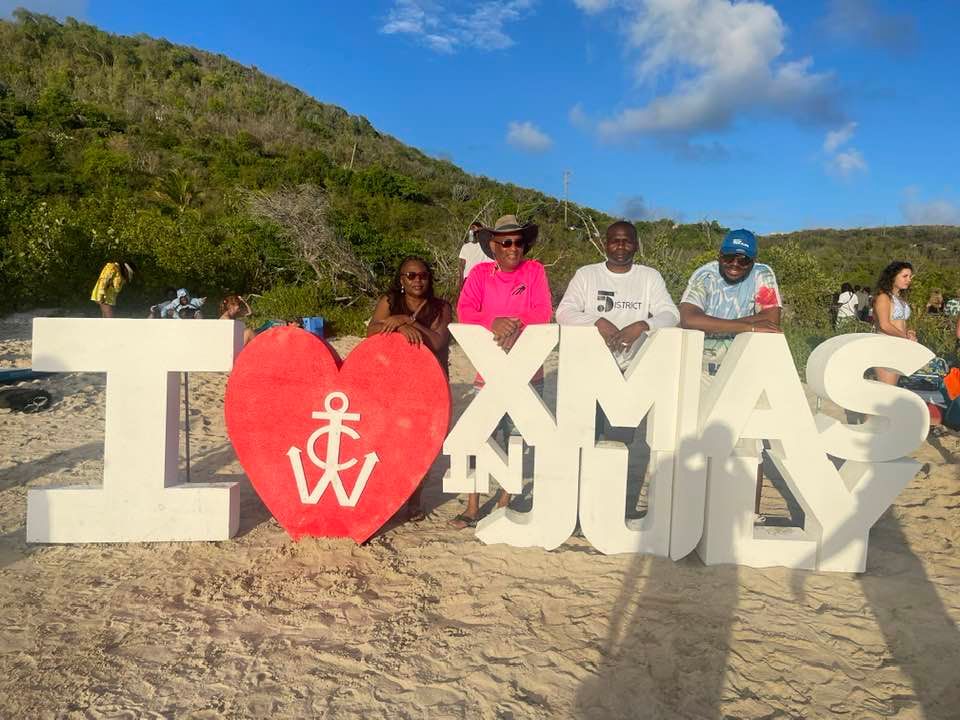 Premier and Minister for Tourism Dr Natalio Wheatley has hailed the recent Xmas in July event as a “major success” and said these types of events contribute to the territory’s changing tourism offseason.
The Tourism Minister commended the organisers, the BVI Tourist Board (local and Puerto Rican offices), Marcos Rivera and Wally Castro Marine for the successful event, which attracted approximately 400 boats and 4,000 patrons.

“Many will agree that the event was a major success as a result of the partnership of the BVI Tourist Board and our tourism industry partners,” Dr Wheatley said.

Director of the BVI Tourist Board, Clive McCoy also expressed gratitude to industry partners stating: “A hearty thank you goes out to all of our stakeholders, especially the Virgin Gorda community that helped make Christmas in July a rousing success!”

The Christmas in July event ran from July 22-25.

Meanwhile, Premier Wheatley delivered an update on Virgin Islands tourism at the Sixth Sitting of the Fourth Session of the Fourth House of Assembly on July 21.

In his address, the Premier stated that the tourism off-season is changing and that this can be attributed to events like Xmas in July, One VI Poker Run, BVI Summer Sizzle and the BVI Emancipation celebrations.

“Tourism Industry Partners (TIPs) are reporting positive guest numbers as far down as September — where normally the season traditionally slowed down in May or June,” the Premier noted.

The Virgin Islands welcomed more than 202,000 visitors over the first four months of 2022. These comprised 140,000 cruise visitors, 60,268 overnight guests, and 1,949 day-trippers. The numbers, the Premier said, illustrate that BVI Tourism continues to have a healthy resurgence.

In the meantime, Director McCoy said the Tourist Board is feverishly preparing for the start of the upcoming peak season, which promises to be as analysts have predicted, “a return to pre-COVID-19 travel patterns.”
#the Virgin Islands  #COVID-19  #Covid
Add Comment