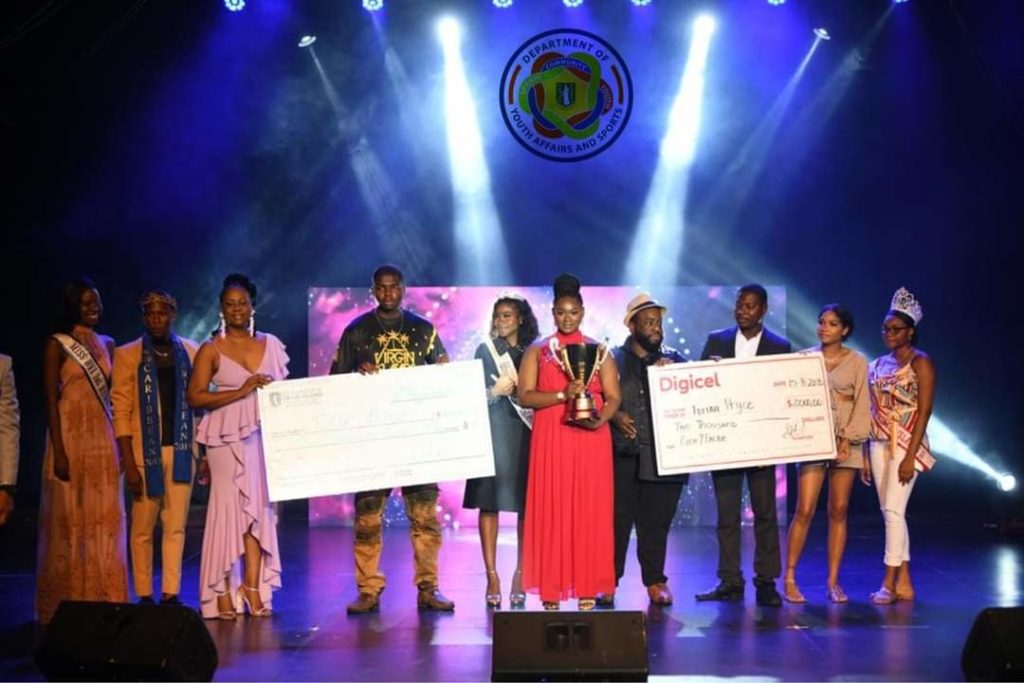 For the first time in the history of the competition, a person from Virgin Gorda has won the Gen Y Factor trophy and title.

Fifteen-year-old Toriah Pryce — a tenth-grader from Bregado Flax Educational Centre — walked away with the top prize in the fourth annual staging of the event held at the H Lavity Stoutt Community College (HLSCC) on Saturday, August 15.

She received a $6,000 in cash prize and will be an ambassador of Digicel and the Department of Youth Affairs & Sports for one year.

She will also receive one of the latest smartphone devices and a year’s worth of free mobile service from Digicel.

“I thought the show went very well as usual. The team did an outstanding job of producing the show. The young ladies were quite talented. They were a little nervous on the night, but they came through in the end. It was a delight to watch their growth from auditions to the actual performance on stage at the final show,” Director of the DYAS Brenda Lettsome-Tye told BVI News on Monday.

In the meantime, Premier Andrew Fahie was among those who congratulated this year’s winner.

He said: “We are aware of the sadness that the Virgin Gorda community is feeling right now [because of the recent death of one of its former educators]. But there was a moment of joy on Saturday night to remember, when 15-year-old student Toriah Shaleon Pryce won the 2020 GenY Factor Singing Competition hosted by the Department of Youth Affairs and Sports.”

He continued: “Her two songs “Titanium” and “A Change Is Gonna Come” wowed the judges and both the physical and viewing audiences. Congratulations to her and the entire BFEC family. This is the first time someone from the sister islands has won the competition.”

The competition has a theme every year and this season was dubbed Battle of the Schools.