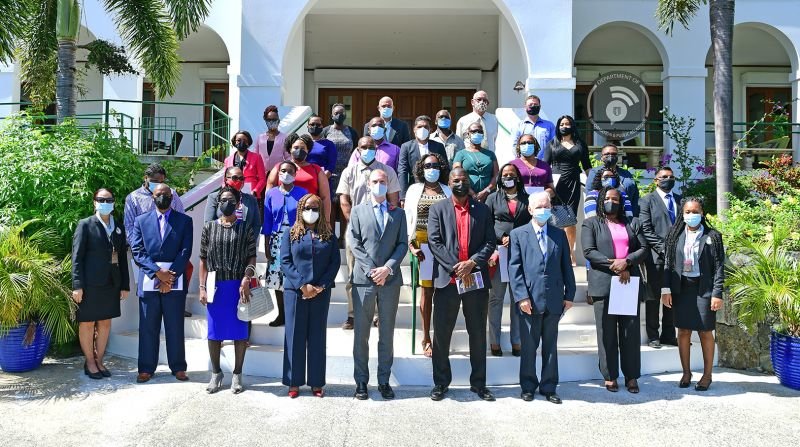 A second set of twenty-six new British Overseas Territories Citizens (BOTC) received Certificates of Naturalisation at a ceremony held on November 6, 2020.
The new citizens recited the Oath of Allegiance and the Pledge of Loyalty during a ceremony officiated by Registrar General Mrs. Stephanie Benn at Government House.

His Excellency the Governor Augustus J. U. Jaspert said it was his “great pleasure” to participate in the ceremony.

“You are a group of people who I am delighted to count as fellow citizens,” he said, adding, “All of you have already demonstrated your commitment to the Territory. I would urge you all not to lose sight of that commitment not only to your families but to the entire Territory and wider community.”

Governor Jaspert reminded those present that this new status entitles them to carry a Virgin Islands Passport and to apply for British Passports.

Honourable Wheatley welcomed the new citizens to the British Overseas Territory family and reminded them that their diverse backgrounds mean they are well placed to promote harmony within the Territory.

The day’s ceremony was the second of three planned ceremonies organised to allow for safe physical distancing.
#Andrew A. Fahie  #Fahie
Add Comment