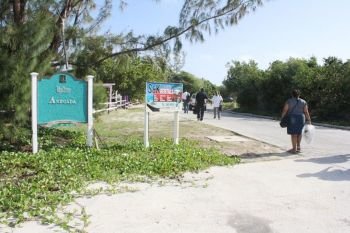 This information was related to the public last night, August 25, 2020, at the “Let’s Talk” press conference which featured Premier and Minister of Finance Honourable Andrew A. Fahie (R1) and Hon Malone and supported by several senior functionaries of the BVI Health Services Authority (BVIHSA).

Making the announcement, Hon Malone said, “Today we are pleased to announced that we had 92 new persons tested at our lab and all [were] negative. You would actually remember that on Saturday we had 92 also.”

He described the latest results as a very good sign, “Because we want to make sure that we contain this and in order to do this we ask you for this period so that we could get this job done.”

293 swabbed on Anegada on Tuesday

The Health Minister further stated that there were three teams out yesterday, August 25, 2020, to the sister island of Anegada, where samples from 293 persons were collected.

“And we had 23 from before and 5. So we can say we had 321 persons on Anegada being tested and this is what we intended to do.”

Meanwhile, Premier Fahie underscored the importance of negative results from samples being taken during this period as, according to him, it would determine whether or not tighter measures will have to be taken to curtail the spread of the virus or whether the restrictions and curfew imposed, effective today August 26, could be relaxed.

As of yesterday, the Territory had recorded 26 positive cases of COVID-19, seventeen of which are active. There have been 8 recoveries and 1 death.