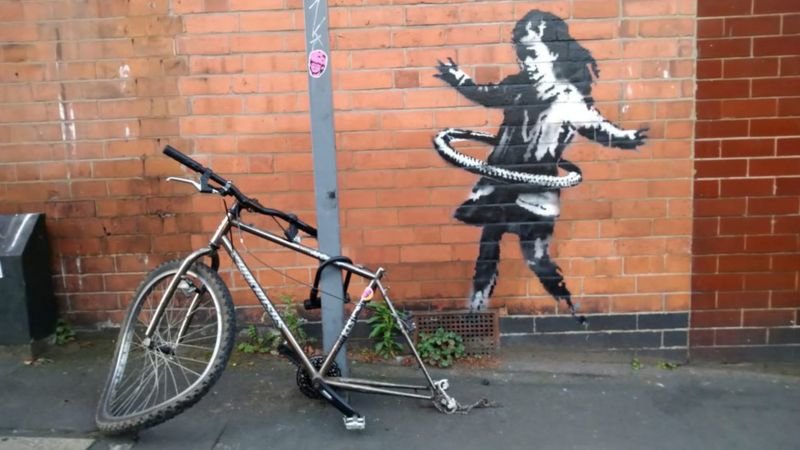 The graffiti artist's latest piece appeared on a residential street in Nottingham on 13 October.

It showed a girl hula-hooping with a tyre next to a bike missing its back wheel.

But the bicycle vanished from its post outside a beauty parlour in Rothesay Avenue over the weekend, which one visitor described as "such a shame".

Resident Tracy Jayne found the artwork had been targeted when she went to visit it on Sunday morning.

"The artwork records an important part of Nottingham's history, Raleigh bikes," she said.

"It's such a shame if someone has stolen the bike. It's sheer disrespect and saddens me very much. " 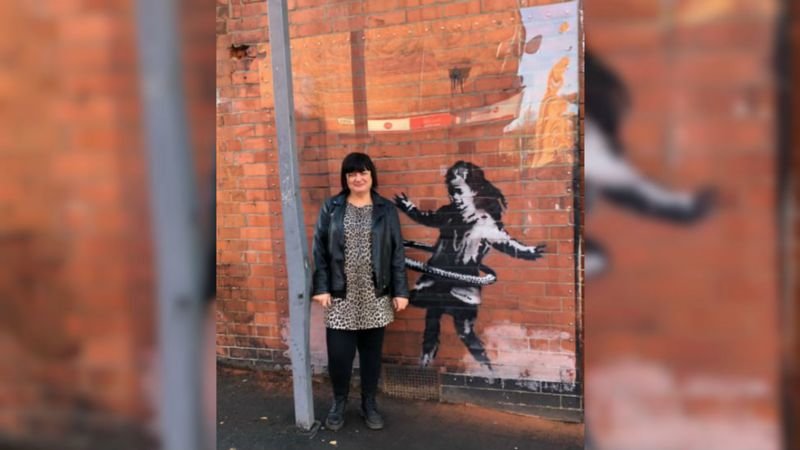 Banksy's work drew queues of sightseers when it was claimed by the artist's Instagram feed and the reaction was overwhelmingly positive.

The council protected it with a transparent cover, but the artwork has been targeted with spray paint at least twice.

Both Nottinghamshire Police and Nottingham City Council said the removal of the bike had not been reported to them.

Banksy began spray-painting trains and walls in his home city of Bristol in the 1990s, and before long was leaving his artistic mark all over the world.