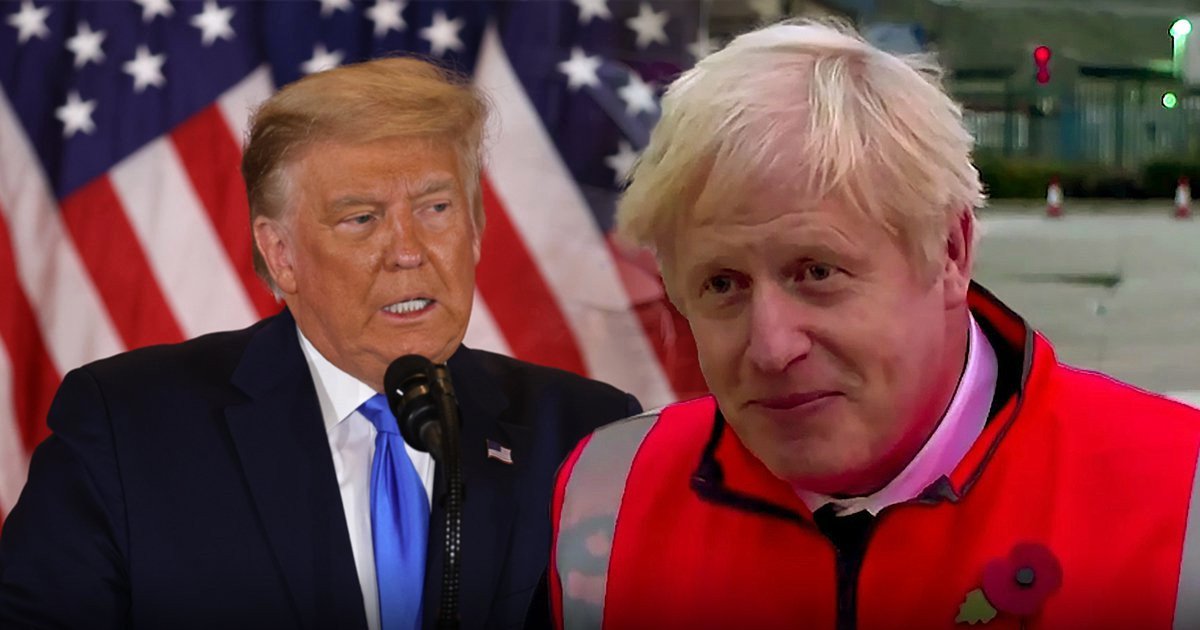 Boris Johnson has admitted he hasn’t spoken to Donald Trump since the election, as the prime minister suggests he is looking forward to the return of ‘traditional’ business between the UK and the US.

President Trump is still refusing to concede to President-elect Joe Biden, as he makes baseless allegations of voter fraud and launches legal challenges in several states.

Mr Johnson branded Mr Trump the ‘previous president’ and hailed his ‘refreshing’ phone conversation with Mr Biden during a visit to a Tesco distribution centre in south-east London.

Speaking on Wednesday, the prime minister said: ‘It’s no secret, I’ve had a good relationship with the previous White House, as you’d expect a British prime minister to do.

‘I had a great conversation yesterday evening with Joe Biden. I congratulated him and Kamala Harris on their success.

‘It was an excellent conversation that flowed over all the things that have really traditionally united the UK and the US so it was a kind of return to the kind of business we are used to doing together.

‘Sticking up for democracy around the world, human rights, free trade, Nato – Joe Biden is a very strong believer in the transatlantic alliance and indeed the special relationship – and above all climate change. 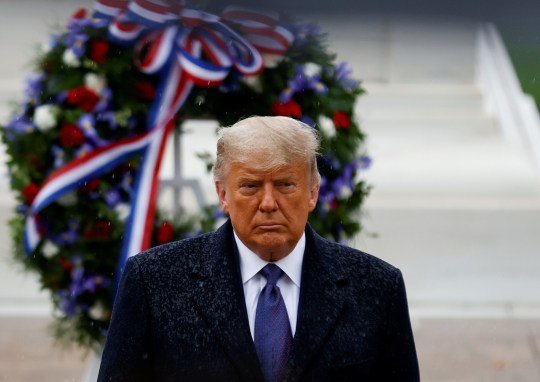 U.S. President Donald Trump turns after placing a wreath at the Tomb of the Unknown Solider as he attends a Veterans Day observance in the rain at Arlington National Cemetery in Arlington, Virginia, U.S., November 11, 2020

‘That was really interesting. He wants to join us next year in leading the world to get global greenhouse emissions down at the Cop26 summit in Glasgow.’

When asked if he had spoken to Mr Trump since the November 3 vote, the Tory leader replied: ‘I have not but it is not for me to comment on US politics. This is a matter for them, for the American electorate.’

It comes as the Labour Party calls for Mr Johnson to condemn the US leader’s refusal to commit to a peaceful transition of power.

When asked if Sir Keir Starmer would criticise Mr Trump’s actions, a Labour spokesman said: ‘Donald Trump’s actions are wrong – and the British Government should say so.

‘Any attempts to undermine democratic process should not be left unchallenged.We call out that in other countries across the world, and we should be able to do so with our friends and allies in America.

‘His actions are wrong and the British Government shouldn’t be afraid to say so. 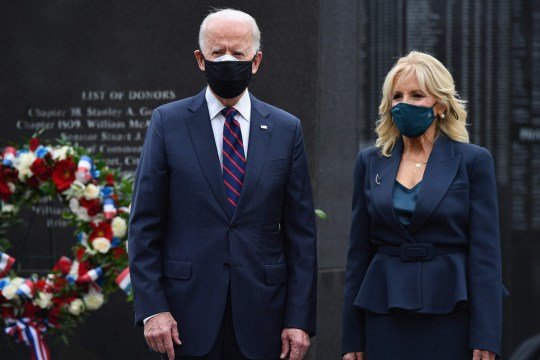 US President-elect Joe Biden and his wife Jill Biden pay their respects during a Veterans Day stop at the Korean War Memorial Park in Philadelphia, Pennsylvania on November 11, 2020 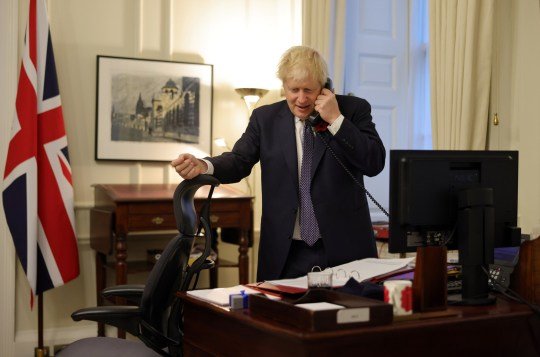 ‘They should not be left unchallenged, and the British Government should call them out.’

Mr Johnson was one of the first world leaders to secure a call with Mr Biden on Tuesday after his election win.

The Democrat’s transition team said he had expressed his desire to ‘strengthen the special relationship’ and ‘reaffirmed his support for the Good Friday Agreement’.

It comes after the president-elect warned the peace process must not ‘become a casualty of Brexit’ in a warning over the controversial UK Internal Market Bill.

The Prime Minister’s official spokesman said: ‘They had a very positive call. What they talked about was the importance of implementing Brexit in such a way that upholds the Good Friday Agreement and the Prime Minister assured the president-elect that that would be the case.’