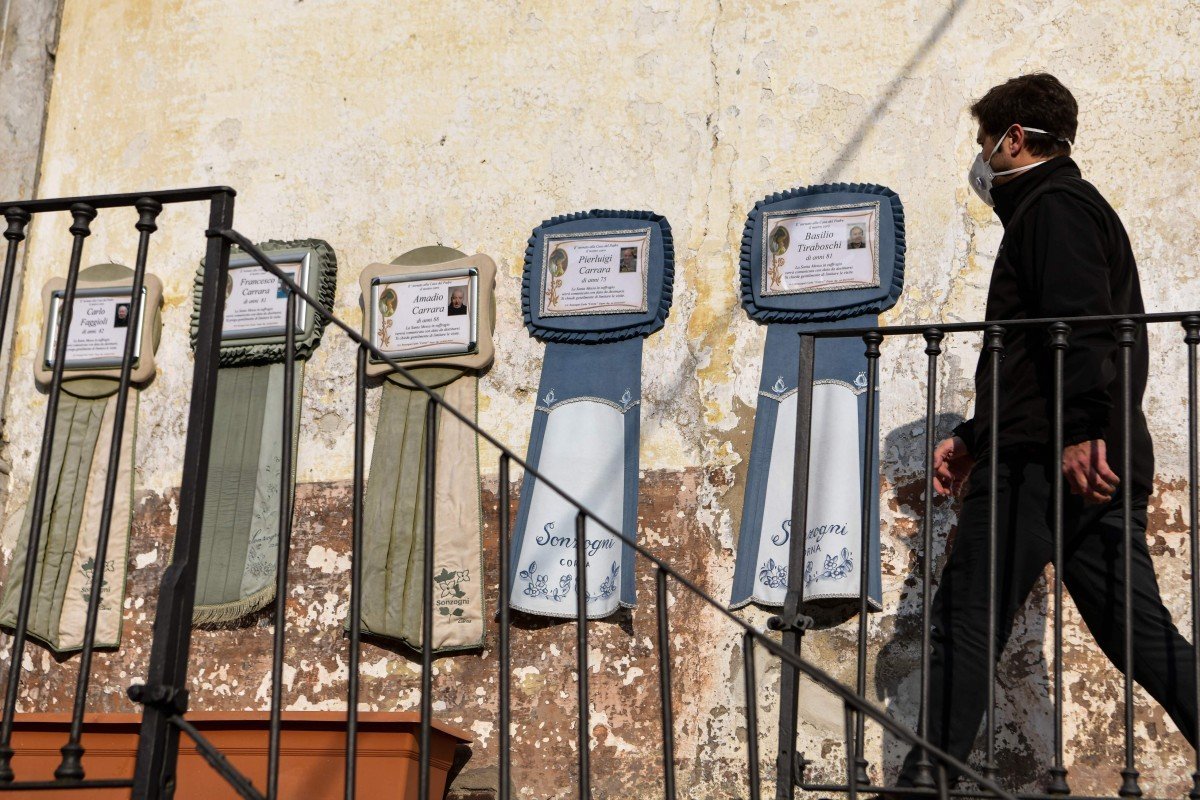 Virus was circulating ‘before we were aware of the outbreak in China’, says Giuseppe Remuzzi, director of the Mario Negri Institute for Pharmacological Research. Italy has now reported more than 4,800 deaths from Covid-19, more than any other country in the world
A “strange pneumonia” was circulating in northern Italy as long ago as November, weeks before doctors were made aware of the novel coronavirus outbreak in China, one of the European country’s leading medical experts said this week.

“They [general practitioners] remember having seen very strange pneumonia, very severe, particularly in old people in December and even November,” Giuseppe Remuzzi, the director of the Mario Negri Institute for Pharmacological Research in Milan, said in an interview with the National Public Radio of the United States.

“This means that the virus was circulating, at least in [the northern region of] Lombardy and before we were aware of this outbreak occurring in China.”

Remuzzi’s comments came as scientists continue to search for the origin of the coronavirus. Chinese respiratory disease expert Zhong Nanshan said earlier that although China was the first to report the pathogen, it was not yet certain where it actually came from. Lombardy is home to Italy’s largest Chinese population.

Remuzzi said it was only recently that he had heard from Italian doctors about the disease, which meant it had existed and been spreading without people’s knowledge.

Despite reporting its first locally transmitted coronavirus infections – in Lombardy – only on February 21 – it had had only imported cases before then – Italy has since had more than 53,000 confirmed cases and 4,825 deaths from Covid-19, the disease caused by the pathogen. By comparison, China has had just over 81,000 cases and 3,261 fatalities.

Italy suspended all flights to China on January 31, the first nation to do so.

In the central China city of Wuhan, where the epidemic was first identified, doctors began noticing a “pneumonia with an unknown cause” in December. The first known infection in the city can be traced back to December 1.

A report by the South China Morning Post said that the first Chinese case might have been as early as mid-November, but that has not been confirmed by Beijing.

The current thinking among the scientific community is that the first infection in Lombardy was the result of an Italian coming into contact with a Chinese person in late January. However, if it can be shown that the novel coronavirus – officially known as SARS-CoV-2 – was in circulation in Italy in November, then that theory would be turned on its head.

The debate over the possible origin of the pathogen has also been at the heart of a war of words between Beijing and Washington, with Chinese foreign ministry spokesman Zhao Lijian among a number of Chinese officials and diplomats to amplify a conspiracy theory that the coronavirus outbreak might have started in the United States and been carried to Wuhan by the US Army.

US Secretary of State Mike Pompeo had previously infuriated Beijing by calling it the “Wuhan virus”, and US President Donald Trump responded to the conspiracy theory by referring to it as the “Chinese virus”. Zhao then said on Twitter: “By calling it ‘China virus’ and thus suggesting its origin without any supporting facts or evidence, some media clearly want China to take the blame, and their ulterior motives are laid bare.”
#Donald Trump  #COVID-19  #Covid  #Coronavirus
Add Comment