Many in the Virgin Islands may have no idea what is St David’s Day, yet it was promoted by the Governor’s Office on March 1, 2021, the same day the territory was observing a public holiday for the Anniversary of the Birth of its visionary first Chief Minister, Hamilton Lavity Stoutt. 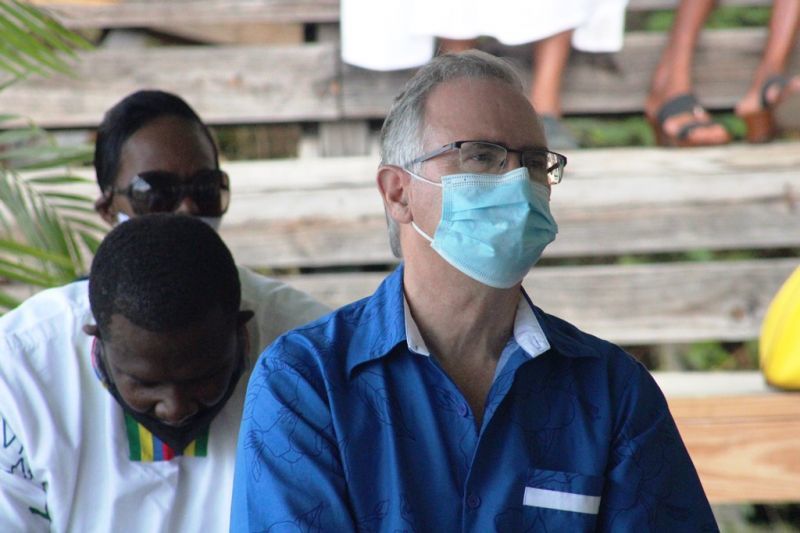 “Clearly there’s no regard for us as a people. On a day where we remember our first Chief Minister and all he did for us the Governor’s Office is asking us to remember St David. Who is St David is what most persons are asking,” a concerned resident expressed to our newsroom.

Another said the post identifies a disconnect between the Governor’s Office and the people of the Virgin Islands.

A James Woods, commenting on the post on the Facebook page of the Governor’s Office, said: “Not to be insensitive to St David (whomever he may be) but its H. Lavity Stoutt Day here in the BVI.”

No response was given to Mr Woods’ comment by the Governor’s Office.

There was also no previous post on the said Facebook page extending well wishes to the Virgin Islands on its own public holiday.

An hour later; however, the link to the livestream for the Wreath Laying Ceremony and H. Lavity Stoutt Commemorative Celebration was posted on the Governor’s Office Facebook Page and it stated “H Lavity Stoutt led for 38 transformative years in BVI and left an incredible legacy for generations to follow, especially in the field of education. The Governor was pleased to join in paying tribute to the pioneer at a wreath laying and remembrance service, and wishes everyone in BVI a happy holiday, in honour of H Lavity Stoutt.”

According to our research, Saint David's Day, or the Feast of Saint David, is the Catholic feast day of Saint David, the patron saint of Wales, and falls on March 1, 2021, the date of Saint David's death in 589 AD. The feast has been regularly celebrated since the canonisation of David in the 12th century, by Pope Callixtus II, though it is not a public holiday in the United Kingdom.

The strange and provocative post comes as the territory is still reeling from insensitive statements made by ex-Governor Augustus J. U Jaspert that the Virgin Islands should not look forward to reparations for slavery and suggesting that the VI preserves names of landmarks named in honour of known perpetrators of slavery and crimes against humanity.