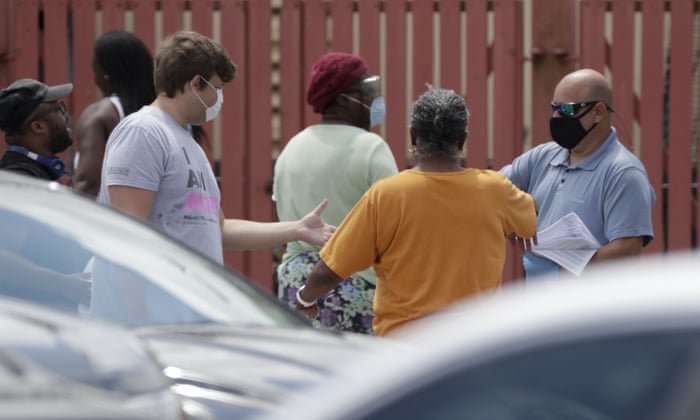 More than four fifths of workers globally live in countries affected by full or partial lockdown measures, the International Labour Organization (ILO) said in a report on Tuesday.

The agency welcomed fiscal and monetary measures applied so far but urged countries to take steps to keep people connected to jobs they are no longer able to do, so fewer will end up unemployed.

“What we do now in terms of maintaining that relationship between workers and their enterprises to keep them on the labour market, that will pay dividends when it comes to the trajectory and the gradient of recovery hopefully in the latter part of this year,” Briton Guy Ryder, the ILO’s director-general, told a news conference.

Workers in the informal sector – who account for 61% of the global workforce or 2 billion people – will need income support just to survive and feed their families if their jobs disappear.

“These are people who generally do not have access to the normal social protections that might go with a formal employment status,” Ryder said.

He said India’s lockdown has put millions of migrant workers in a quandary.

“If you require people to stop working, go home and stay at home but they have absolutely no other source of income, then the choice can become between that of protecting yourself against the virus and having no means of surviving, no means to feed yourself,” he said. “And these are impossible dilemmas.”

He listed initiatives such as partial unemployment, technical unemployment and short working time measures that keep workers tied to their jobs. The Asia-Pacific region accounts for labour equivalent to 125 million workers lost in the second quarter, although Chinese companies have resumed after a long lockdown, the report said.

The ILO did not project precisely how many workers would be made jobless by the crisis, though it said it would be “significantly higher” than the 25 million it forecast just last month. At the start of this year, 190 million workers were unemployed around the world.

“We started to see huge numbers in job loss claims, in the US, Canada and most of the European countries,” Lee said.

“We expect that unless we have serious and immediate actions taken right now the recovery is going to be rather long and painful.”

The four sectors hardest-hit worldwide, according to the report, are: