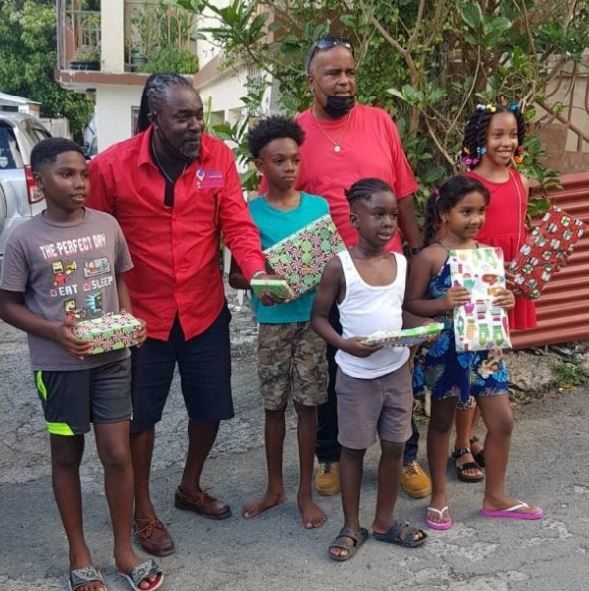 It was one morning in December 2020, when Tortola resident David K. Fonseca woke up inspired to give back to the territory, especially since many parents, particularly single parents, were being negatively affected by the coronavirus pandemic.

“I just decide I will do a little give back in the form of toy giving on Christmas Eve,” Mr Fonseca recalled to Virgin Islands News Online.

With the help of sponsors and collaboration with the President of M.A.L.E., Henderson K. Tittle, the toy giveaway came off a success with some 160 toys for 80 boys and 80 girls distributed in the Fourth District and parts of the 5th and 6th Districts.

Fonseca and Tittle decided to continue with the toy giveaway initiative this year, on Christmas Eve, in the same districts. Once again 160 toys for 80 boys and 80 girls were distributed.

Also, on Thursday, December 23, 2021, Mr Fonseca and Tittle, along with other persons, treated some 18 members of the Disability Services Division of the Social Development Department to presents and hot wings. 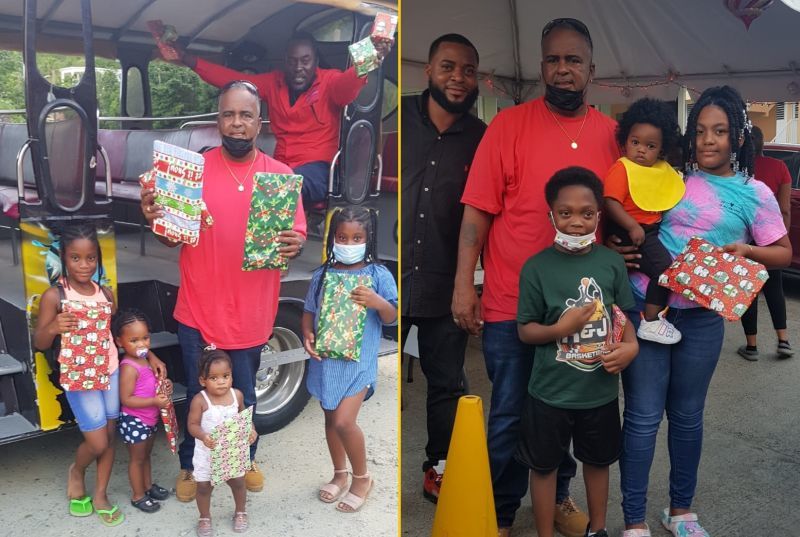 Some 160 toys were distributed mainly in the Fourth District by Mr David K. Fonseca and Mr Henderson K. Tittle on Christmas Eve, December 24, 2021. 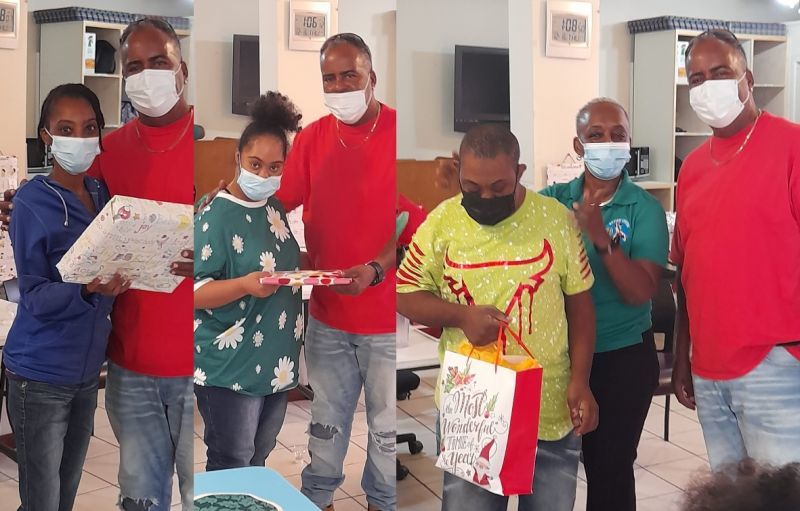 On Thursday, December 23, 2021, Mr David K. Fonseca, along with other persons, treated some 18 members of the Disability Services Division of the Social Development Department to presents and hot wings.

JvD to be included next year- Fonseca

“Hopefully next year, God spare life, I want to hit one of the sister islands, maybe Jost van Dyke…I will go Jost van Dyke in the morning and return to distribute toys on Tortola in the afternoon. Hopefully, I can put some smiles on more faces.”

Fonseca said support for his initiative this year came from the Premier’s Office, Minister for Health and Social Development Hon Carvin Malone (AL), Deputy Speaker and At Large Representative Hon Neville A. Smith, Noni Georges, Travel Plan and others.

“It was a joy to see the children coming out and collecting their toys.”

Fonseca also praised the honesty of the children who he said indicated when they had already received a toy.

“It’s awesome. We still have a good future with the kids, it’s just that us parents have to play our part into it and replace the negativity with positivity. It all starts in the home and trickle-down,” Mr Fonseca reasoned.