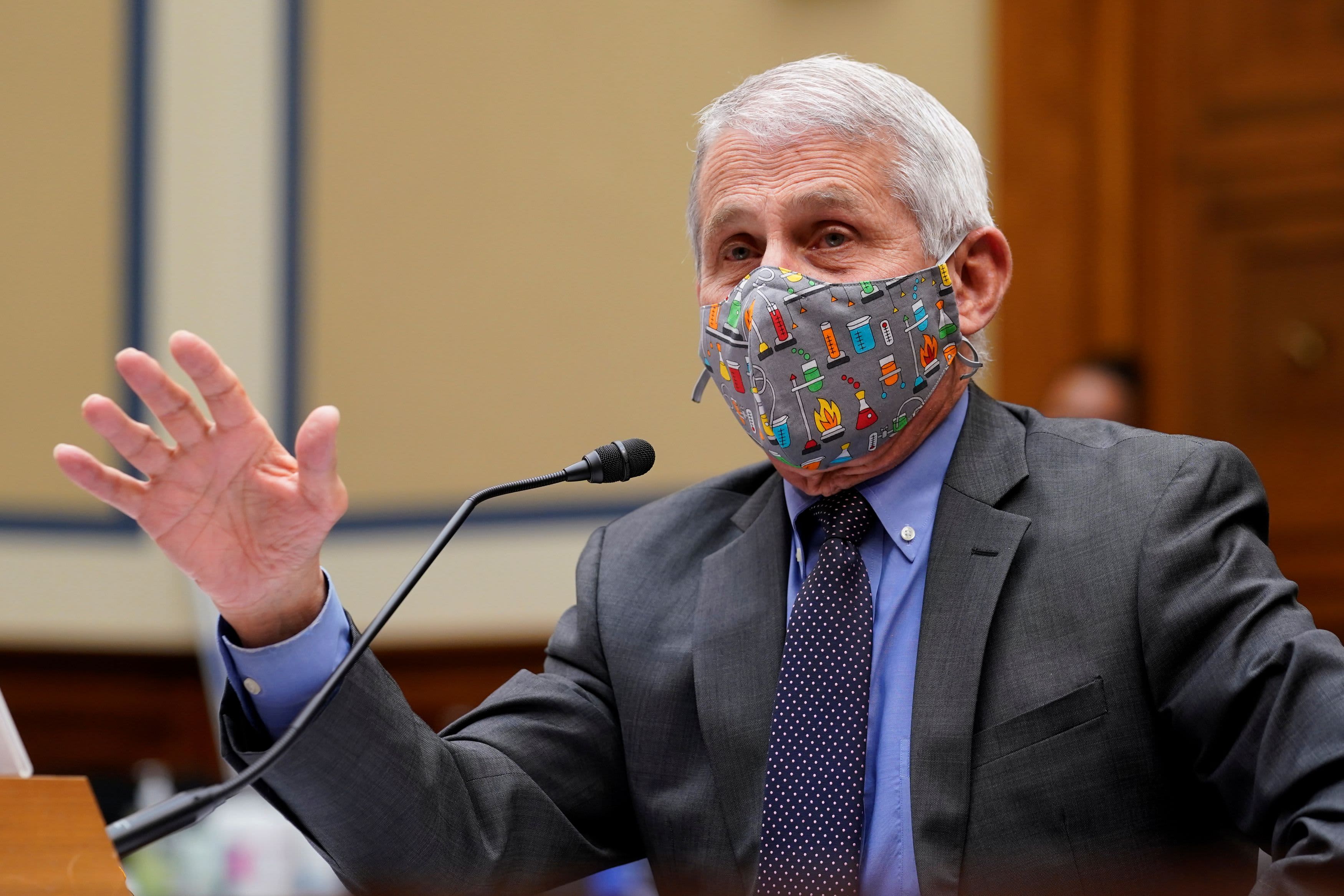 Fauci says U.S. will likely resume use of J&J Covid vaccine with a warning or restriction

White House chief medical advisor Dr. Anthony Fauci said Sunday he believes the U.S. will likely resume use of the Johnson & Johnson Covid-19 vaccine with a warning or restriction attached.

Health regulators asked states on Tuesday to temporarily halt J&J’s single-dose shot after reports of six cases of rare brain blood clots in women out of roughly 7 million people who received the vaccine in the U.S.

The cases occurred in women ages 18 to 48 who developed symptoms six to 13 days after receiving the shot. The Food and Drug Administration said the recommendation to pause the vaccine was “out of an abundance of caution.”

Fauci said he anticipates a decision on the J&J vaccine as soon as Friday, when the U.S. Centers for Disease Control and Prevention’s vaccine advisory panel meets to discuss resumption.

“My estimate is that we will continue to use it in some form,” Fauci said during an interview on NBC’s “Meet the Press.” “I doubt very seriously if they just cancel it. I don’t think that’s going to happen. I do think that there will likely be some sort of warning or restriction or risk assessment.”


“I don’t think it’s just going to go back and say, ‘Okay, everything’s fine. Go right back.’ I think it’ll likely say, ‘Okay, we’re going to use it, but be careful under these certain circumstances,’” Fauci continued.

Roughly 5% of vaccine supply in the U.S. is sidelined due to the pause on the J&J shot. It’s unclear how the pause will affect the company’s goal to deliver 100 million doses across the country by the end of May.

White House Covid czar Jeff Zients has said the halt would not have a significant impact on the U.S. vaccination program, which is distributing enough Pfizer and Moderna vaccines to continue the current pace of roughly 3 million shots each day.

The country is averaging 3.3 million daily vaccine doses reported administered over the past week, and 3 million when counting just Pfizer and Moderna. Only roughly 7.8 million of the 202 million total shots given in the U.S. have been from J&J, according to CDC data.

“You don’t want to jump ahead of yourself and decide you know the total spectrum of this, which is one of the reasons why they paused and why hopefully by Friday we’ll know that,” Fauci said during an interview on CBS’ “Face the Nation.”