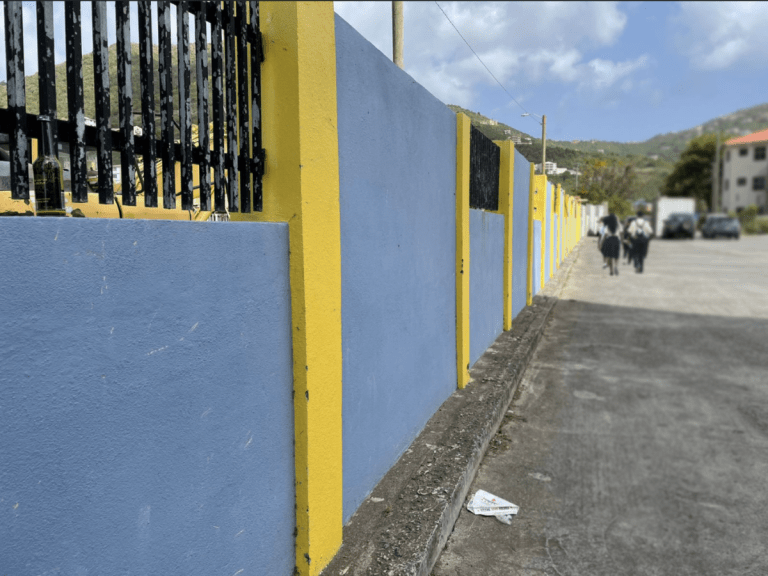 Former BVI police prosecutor Jefferson Knight has written a letter addressed to Governor John Rankin stating that the recent arrest and charge of former Education Minister Myron Walwyn was unlawful because it violated a few local laws.
Walwyn was recently arrested and charged with Breach of Trust By a Public Officer. This comes months after the former legislator gave a statement to the Commission of Inquiry (COI), about his role in the controversial Elmore Stoutt High School Wall project, which reportedly suffered major cost overruns some years ago.

In his letter to Governor Rankin, Knight stated that, “the procedure which led to the arrest, detention, and charge of the Honourable Mr Myron Walwyn is fundamentally wrong under section 15 and 16 of the BVI Constitution, which guarantee fundamental rights and freedoms of an individual suspected of committing a criminal offence under the law of the BVI and under the criminal justice system of the BVI and of the Eastern Caribbean Supreme Court.”

It is not clear whether Walwyn’s charge was based on his testimony before the COI.

COI has no right to order criminal investigations


Knight also said he believes the COI Commissioner has no legal right to order investigations against persons who testify before the Commission.

He added: “The Commissioner of the COI has no jurisdiction under the COI Act to identify criminal conduct by public officials and public officers in governance and in the public service of the Crown and to recommend, criminal investigations and criminal prosecution, into such conduct.”

Before Walwyn appeared before the COI, the ESHS perimeter wall project was investigated by the former Police Commissioner Michael Matthews and the RVIPF. However, no charges were laid then and the police said the file was handed over the Director of Public Prosecution (DPP) for further investigation.

No legal right to hand over file to DPP?


Knight said the Police Commissioner could have started a case against Walwyn but had no legal right to hand the matter over to the DPP.

“Parliament did not enact any provision under the Police Act for the Commissioner of Police to submit to the DPP a case file relating to a criminal investigation,” he argued.

Knight also said section 59 of the BVI constitution does not give the DPP the legal right to take over “a criminal investigation from the Commissioner of Police.”

The case against Walwyn has sparked much public debate, especially after a statement the former Education Minister issued shortly after his arrest. Many say Walwyn had a right to issue a letter defending himself, while others believe he may have jeopardised the case being brought against him.

The DPP has also condemned the statement, calling it an attempt to influence the potential jurors who might hear the case.
#Commission of Inquiry  #John Rankin  #CoI
Add Comment