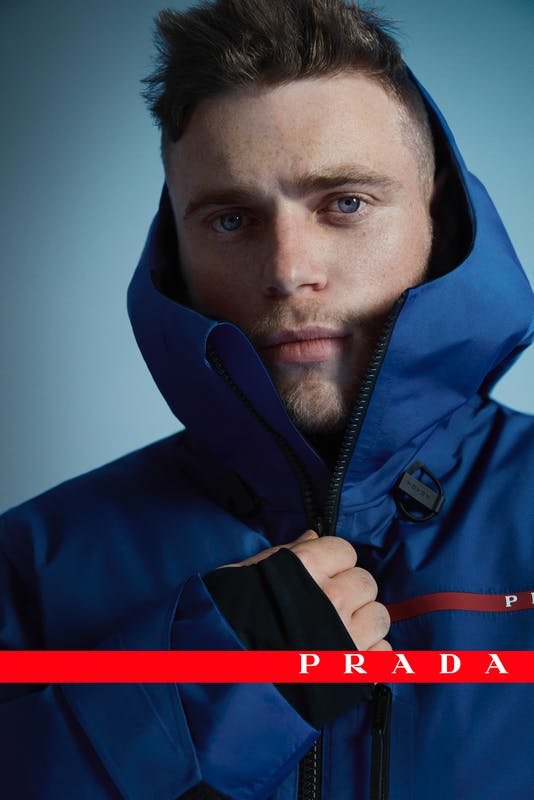 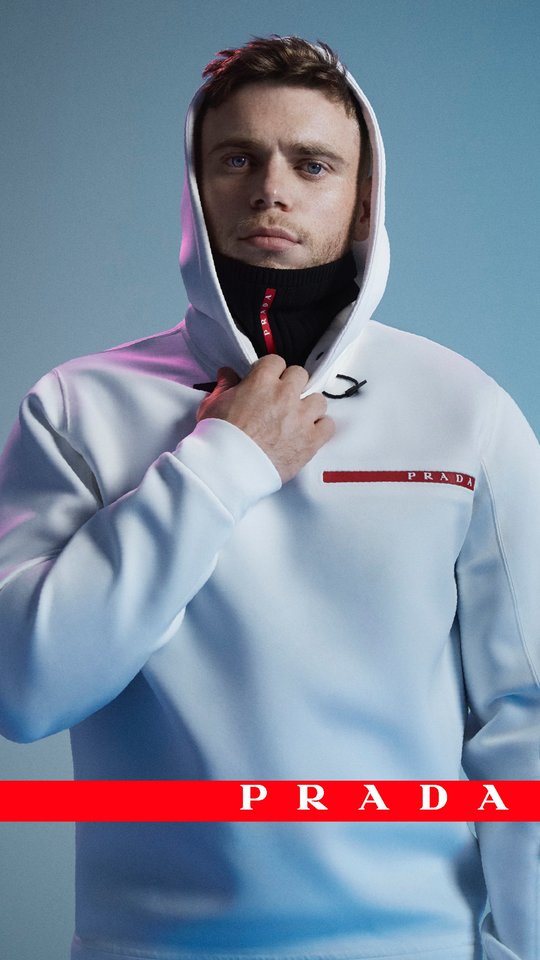 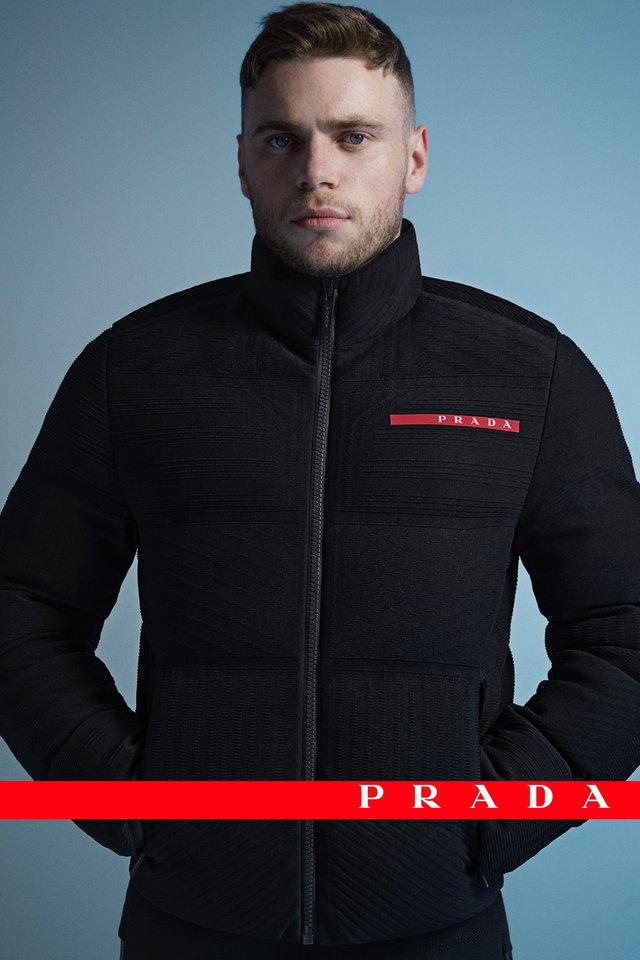 Kenworthy, who won the silver medal in Men's slopestyle at the 2014 Winter Olympics in Sochi, Russia, is lensed by Vanina Sorrenti in a series of motion-images that show Prada's sister brand's textile innovation for performance. Seen above, the gay athelte, who formally came out in 2005, is outfitted in fashionable high-tech fleeces and parks, which follow in Prada Rossa Linea's commitment to "help the wearer excel."

While Kenworthy has previously appeared in campaigns for Polo Ralph Lauren and Moncler Beyond, this marks his first high-fashion moment.