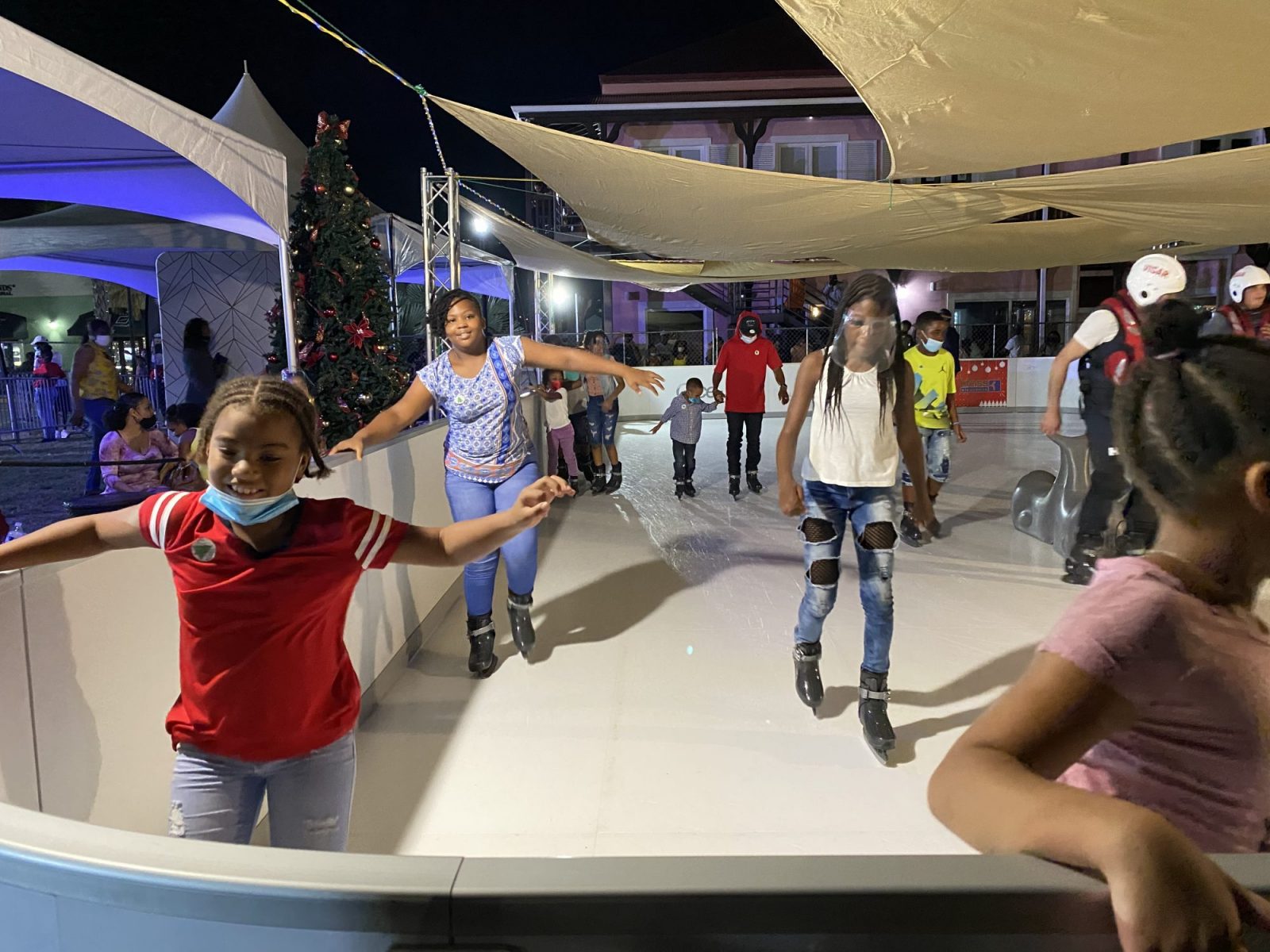 A bit of winter wonder came to the Virgin Islands last week with the official launch of an artificial ice-skating rink at Cyril B. Romney Tortola Pier Park on Saturday.

Skaters took to the rink that evening, laughing as they clung to the side of the arena, took the occasional tumble, and rode aro

A bit of winter wonder came to the Virgin Islands last week with the official launch of an artificial ice-skating rink at Cyril B. Romney Tortola Pier Park on Saturday.

Skaters took to the rink that evening, laughing as they clung to the side of the arena, took the occasional tumble, and rode around on whale-shaped toys as “snow” fell in the background.

Performances by some of the territory’s best-known singers, dancers and poets and a fashion show featuring pier park boutiques led up to the grand opening of Virgin Islands Search and Rescue’s Winter Wonderland. 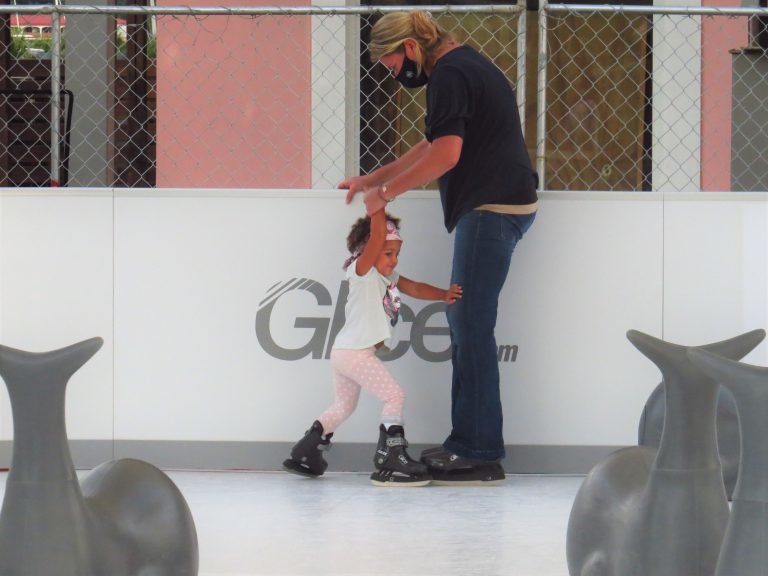 The Winter Wonderland skating rink will open at Wednesdays through Sundays at Cyril B. Romney Tortola Pier Park until Jan. 6.

Among the artists showcasing their talent that evening was Nouveau Royale, a Tortola-based hip-hop dance team led by directors Lakiesha and Natisha Claxton. The group, which danced to “Sweater Weather” and an upbeat version of “Winter Wonderland,” recently won first place in the EVP Junior Caribbean Dance Off Competition.

Following the talent showcase, visitors made their way past the gates to see the new rink and see the first artificial snowfall of the season. Before long, dozens of children hit the rink to test out the “glice” while holiday tunes played from the speakers.

Proceeds from the six-week fundraiser will be used to support VISAR’s operations, helping the non-profit rescue organisation replace the boat serving Virgin Gorda. VISAR has been aiming to retire Gorda Peak for years, but those plans were interrupted by rebuilding needs after the 2017 hurricanes and now the hardship caused by the Covid-19 pandemic.

VISAR Executive Creative Director Julie Schneider explained that a new vessel, a Rafnar 1100, is needed to aid crewmembers as they respond to emergencies in the rough seas around Anegada, as well as popular sites like The Baths, North Sound and The Dogs. The organisation needed $100,000 to secure the balance of funds for the vessel, she said. 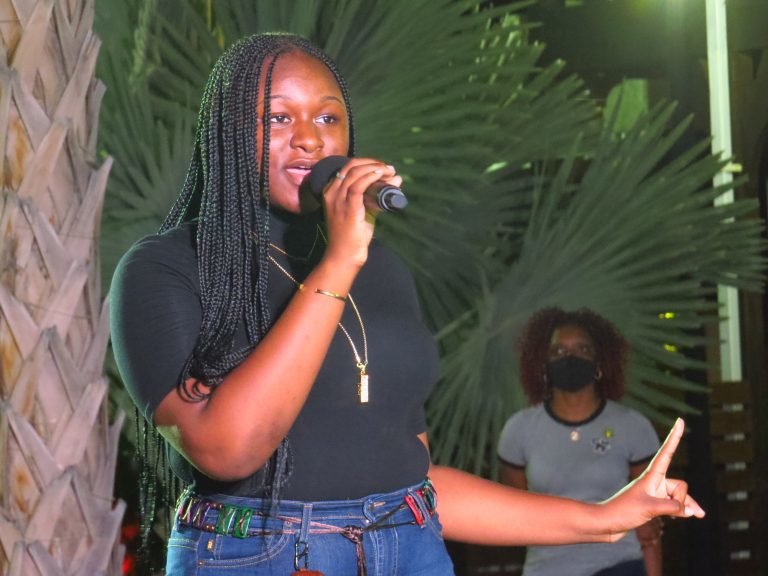 “We rely solely on donations and the charter industry to keep our $250,000 budget operating,” Ms. Schneider said at the launch. “Right now, this is our only fundraiser for the year. … Your donations for the next six weeks going skating will help to save a life.”

Roger Harris, one of the ice rink sponsors, said the project has been several years in the making, and though the facility isn’t able to welcome cruise ship visitors as was originally hoped, he was glad to help bring a bit of joy to the community.

The rink is built with a synthetic material from Glice Eco Skating Rinks, meaning no electricity is needed to keep it running until Jan. 6.

A series of events are planned at the rink in the coming weeks. In mid-November, VISAR announced it was even considering establishing a hockey league.

Visitors can sign up for a 30-minute skating session for $10 and must wear masks and socks.

More information will be available on the VISAR Facebook page. 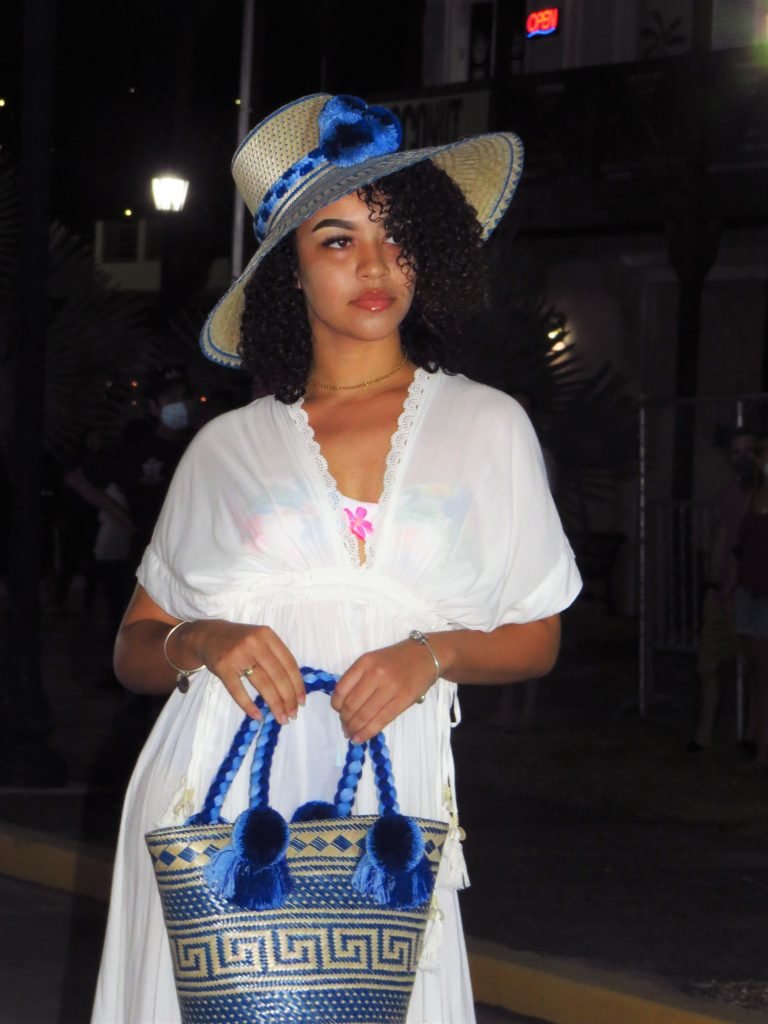 Several boutiques showcased their wares at a fashion show preceding the first “snowfall” at the launch of the artificial ice-skating rink at Cyril B. Romney Tortola Pier Park last weekend.