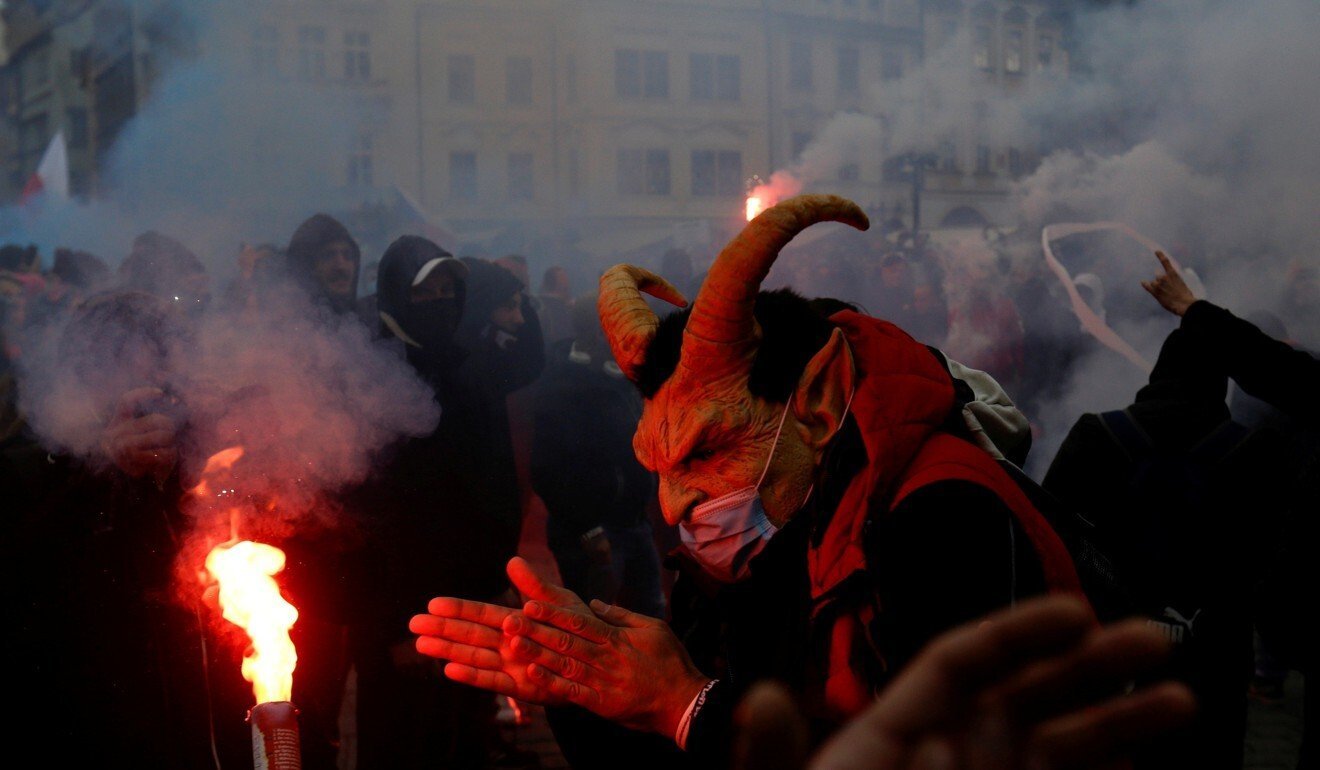 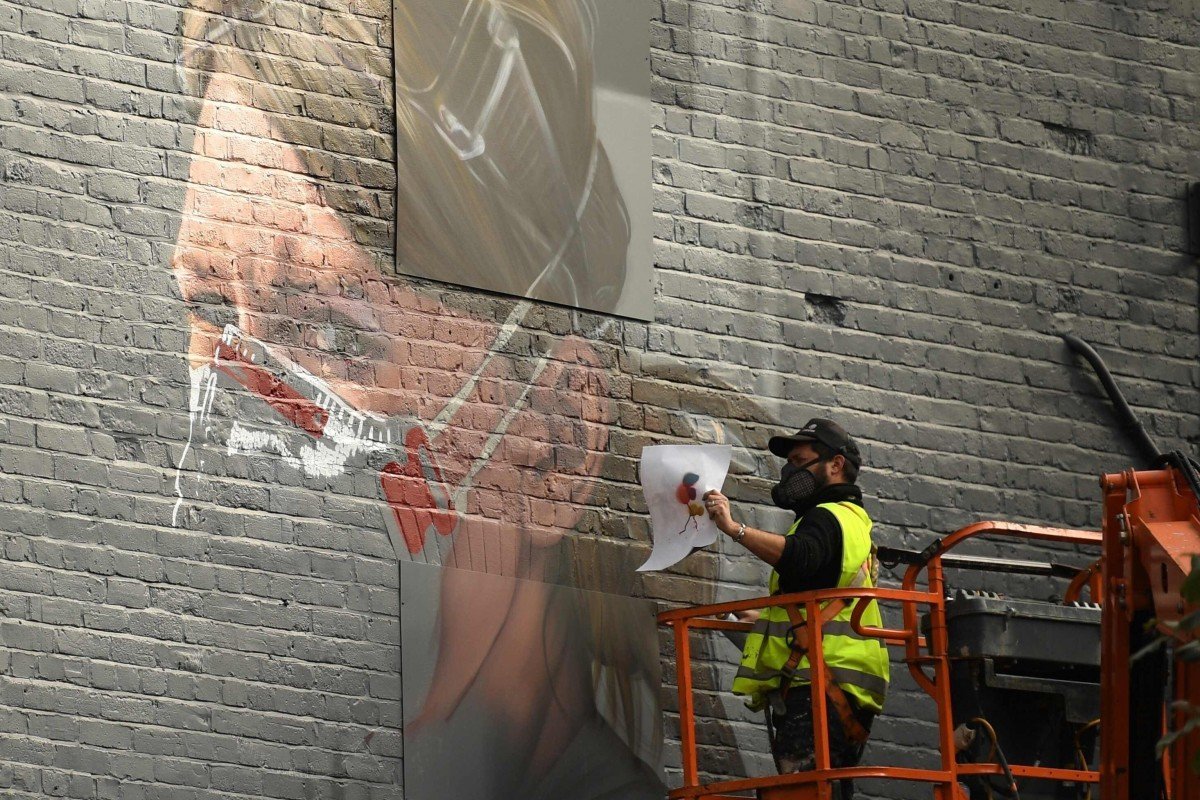 An artist creates a mural of a NHS worker in north Manchester, England.

Worldwide coronavirus cases crossed 40 million on Monday, according to a Johns Hopkins University tally, as the onset of winter in the northern hemisphere fuelled a resurgence in the spread of the disease.

Experts believe the true numbers of both cases and deaths were likely much higher, given deficiencies in testing and potential under-reporting by some countries.

Separate Reuters data shows the pace of the pandemic picking up. It took just 32 days to go from 30 million global cases to 40 million, compared with the 38 days it took to get from 20 to 30 million, the 44 days between 10 and 20 million, and the three months it took to reach 10 million cases from when the first cases were reported in Wuhan, China, in early January.

Record one-day increases in new infections were seen at the end of last week, with global coronavirus cases rising above 400,000 for the first time. 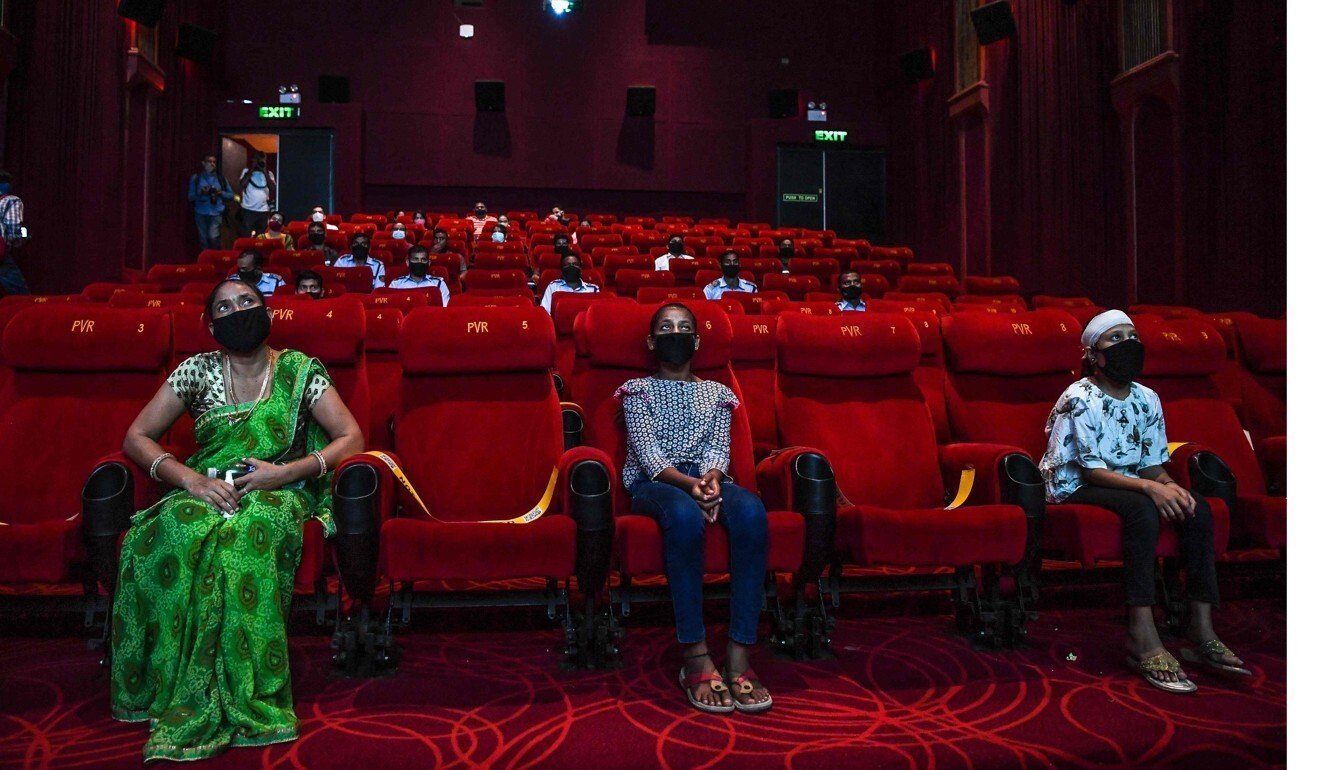 Social distancing at a movie cinema in New Delhi, India.

The United States, India and Brazil remain the worst affected countries in the world. Covid-19 cases in North, Central and South America represent about 47.27 per cent or nearly half of global cases.

New cases are growing at over 150,000 a day in Europe, as many countries including Italy, Netherlands, Germany, Austria, Poland, Ukraine, Cyprus and the Czech Republic have reported record daily increases in the number of coronavirus infections.

Europe currently accounts for over 17 per cent of the global cases and nearly 22 per cent of the deaths related to the virus worldwide. The UK remains Europe’s worst-affected country in terms of deaths, accounting for almost one-fifth of fatalities.

Parts of the UK were put into lockdown as Prime Minister Boris Johnson tries to contain a second wave of infections through local measures. However, Jeremy Farrar, a scientific adviser to the government, said Britain needed an immediate three-week national lockdown.

“The current tiered restrictions will not bring the transmission rates down sufficiently or prevent the continued spread of the virus,” he told Sky News on Sunday.

US President Donald Trump called for a big economic stimulus as US infections surpassed eight million, with record spikes in several states.

States across the Midwest are seeing a rise in coronavirus cases, with new infections and hospitalisation rising to record levels.

India’s cumulative tally of coronavirus infections stood at almost 7.5 million, with the number of active infections slipping below 800,000 for the first time in 1.5 months.

Iran, the Middle Eastern country hardest-hit by the coronavirus, extended restrictions and closures in the capital Tehran into a third week as its death toll rose above 30,000.

Since the pandemic started, more than 1.1 million people have died due to Covid-19, with the global fatality rate hovering around 2.8 per cent of the total cases.

An official at the World Health Organization has said the global death toll from Covid-19 could double to 2 million before a successful vaccine is widely used and could be even higher without concerted action to curb the pandemic.

Meanwhile, a new study in Japan has found that the coronavirus remains active on human skin for nine hours.

In comparison, the pathogen that causes the flu survives on human skin for about 1.8 hours, according to the study published this month in the Clinical Infectious Diseases journal.

The research team tested skin collected from autopsy specimens, about one day after death.

They concluded that frequent hand washing is the best way to combat the pandemic.

“The longer survival of SARS-CoV-2 on the skin increases contact-transmission risk; however, hand hygiene can reduce this risk,” the study said.