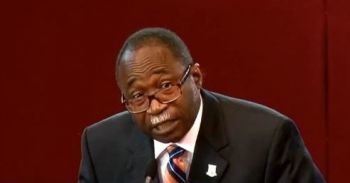 The Virgin Islands Government, headed by Premier and Minister of Finance, Hon Andrew A. Fahie has retained the services of Martin Kenney & Co Solicitors to go after the missing $7.2M in the BVI Airways case filed in New York on June 14, 2019.

According to the statement of the Cabinet Meeting held on November, 22, 2019, Cabinet, "Approved the retention of Martin Kenney & Co Solicitors to represent the Government of the Virgin Islands in the arbitration claim brought by Colchester Aviation Inc. and BV Airways filed on 14th June, 2019 in New York City before the International Centre for Dispute Resolution of the American Arbitration Association."

Martin Kenney & Co describes themselves as a cutting-edge investigative litigation practice based in the Virgin Islands (VI), specializing in global asset recovery, "We are able to deploy both legal and investigative teams worldwide in the pursuit of stolen assets, with an unrivalled rate of success," they said.

On the website, Martin S Kenney is listed as Managing Partner with Andrew Gilliland as Interim Head of Litigation, Malcolm Arthurs as Senior Barrister and Craig Allam as Managing Director of Investigations, however, it is unclear what officers are directly overseeing to the NYC filed case.

The case was filed by the VI Government through the Office of the Attorney General, however, it is unclear how much the government is paying for its retained legal services. Questions from Virgin Islands News Online (VINO) posited to Premier Fahie on the cost was not return up to publication time.

Where is the money? - Hon Fraser

At the First Sitting of the First Session of the Fourth House of Assembly (HoA) held Tuesday, March 12, 2019, in the Multi-Purpose Sports Complex, Hon Julian Fraser RA (R3) had tasked the Premer and new government, "You are going to tell us where the money for the plane went, oh yea".

Then at the Seventh Sitting of the First Session of the Fourth House of Assembly on October 17, 2019, Hon Julian Fraser RA (R3) again posed questions to the Premier seeking answers for the money and the reported missing documents following reports from Hon Fahie that there was no paper trail in the controversial National Democratic Party (NDP) investment.

Premier Fahie then made it clear he was advised against giving any details as the matter was in court; however, Hon Fraser continued to press for information on the issue, to the point of suggesting the Virgin Islands Party (VIP) administration was deliberately withholding information.

However, documents presented to a USA court of law by the Government of the Virgin Islands (VI) alleges that former Government Lawyer, Lester Hyman personally profited from the failed BVI Airways, a dereliction of his professional obligations as the Governments' Attorney.

Lester Hyman under the microscope

The September 30, 2019, edition of "Offshore Alert", an online publication, carried a story on the matter and a screenshot of a section of the article attraction much attention on social media after being posted by several persons in the territory.

The article stated: "Claiming a loss of $7.2M, the BVI Government disclosed in a court filing that it intends to sue its former, 30-year US-based legal representative, Lester Hyman, for suspected self-dealing regarding a failed airline venture to operate flights between the BVI and Miami."
Add Comment