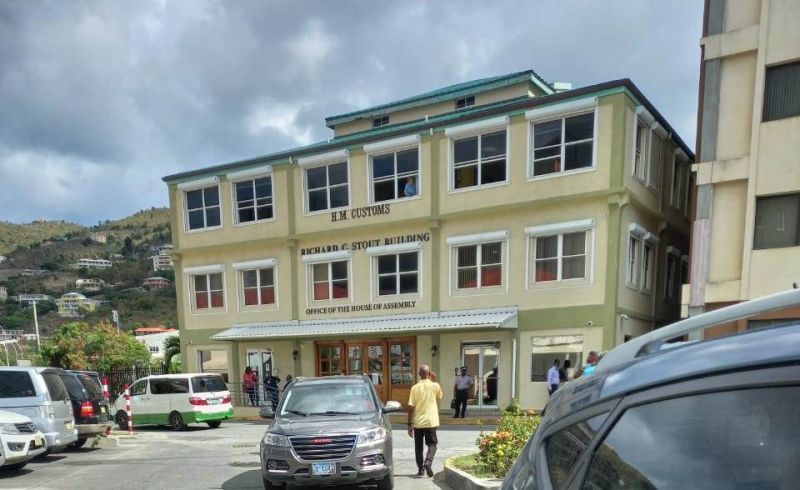 The building that houses the Office of the House of Assembly (HoA) and Her Majesty’s Customs Headquarters, the Richard C. Stoutt Building, was evacuated this morning, March 24, 2021, due to a suspected fire.

Initial reports reaching our newsroom were that the fire originated on the building’s third floor, which houses the Customs Department.

Staff members of Customs and the HoA Office were evacuated sometime after 9:00 am as firefighters investigated.

It is unclear if the Speaker, Hon Julian Willock and any other elected members were in the building at the time the alarm was raised.

The Richard C. Stoutt Building houses the Speaker and Deputy Speaker, Hon Neville A. Smith (AL), the Clerk of the HoA and staff, as well as the Junior Ministers and Opposition Members.

Located on the third floor are the offices of the Commissioner of Customs, Mr Wade N. Smith, and his staff. 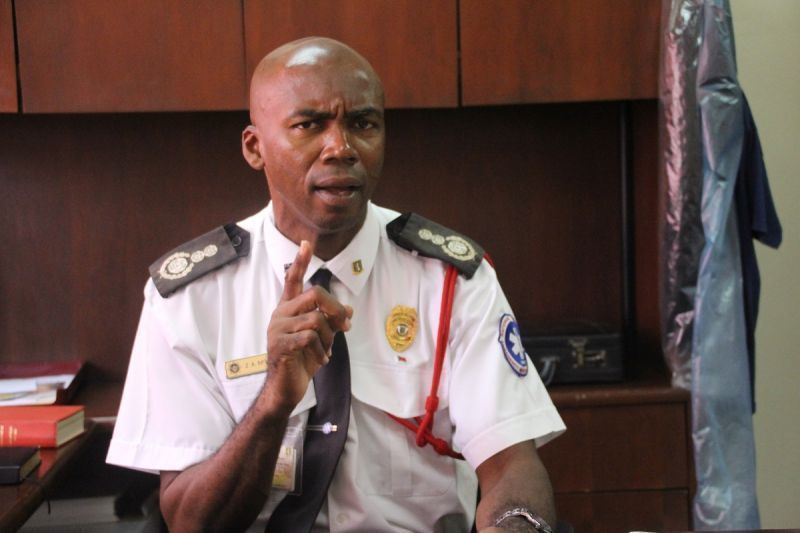 Fire Chief Zebalon A. McLean told our newsroom the reports of fire at Richard C. Stoutt Building on March 24, 2021, turned out to be a false alarm.

Fire Chief Zebalon A. McLean subsequently told our newsroom the reports turned out to be a false alarm.

“Someone burned some bread in the kitchen,” Mr McLean said, adding that the smoke triggered the fire alarm.