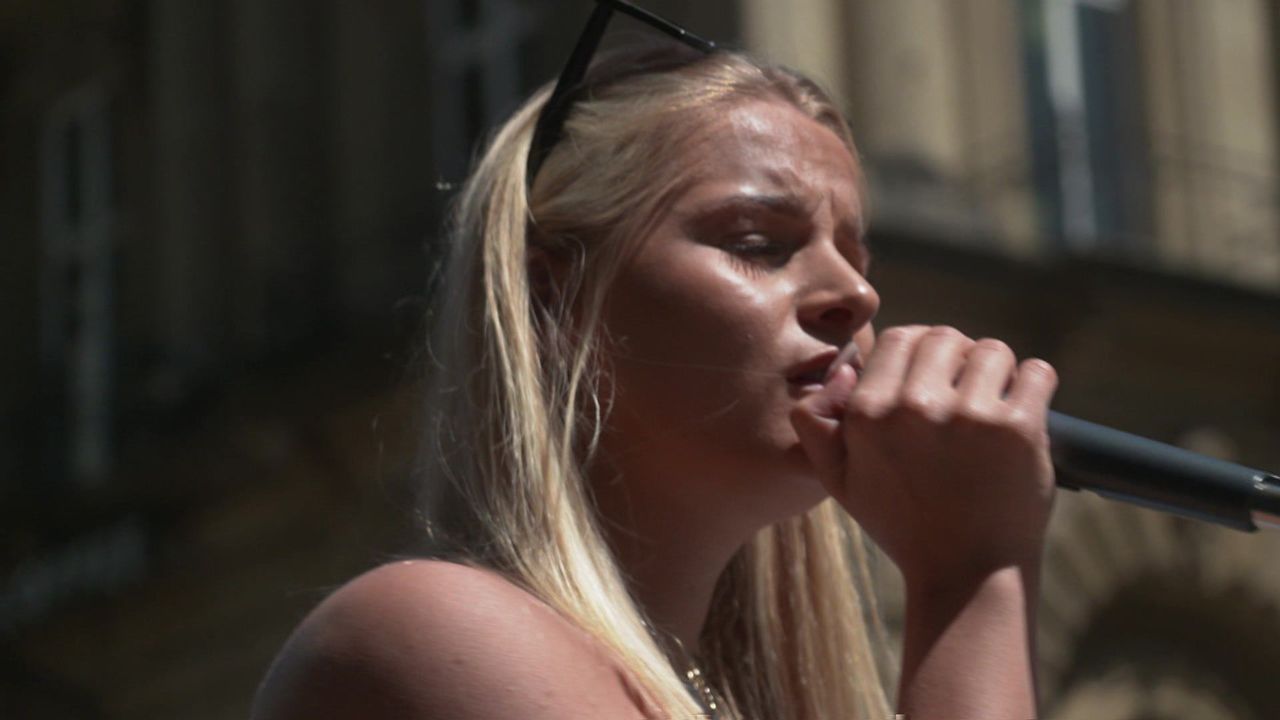 Is TikTok the future of busking?

Liv Harland live streams herself on TikTok and says she makes a lot more online than on the street.

Singer Liv Harland might only have about 30 people watching her busk on the streets of Leeds, but there are tens of thousands seeing her live on TikTok.

The 23-year-old says she can make more than three times as much money from her live streams compared to what she gets on the street.

BBC entertainment correspondent Colin Paterson joined Liv and asked whether this might be the future of busking.