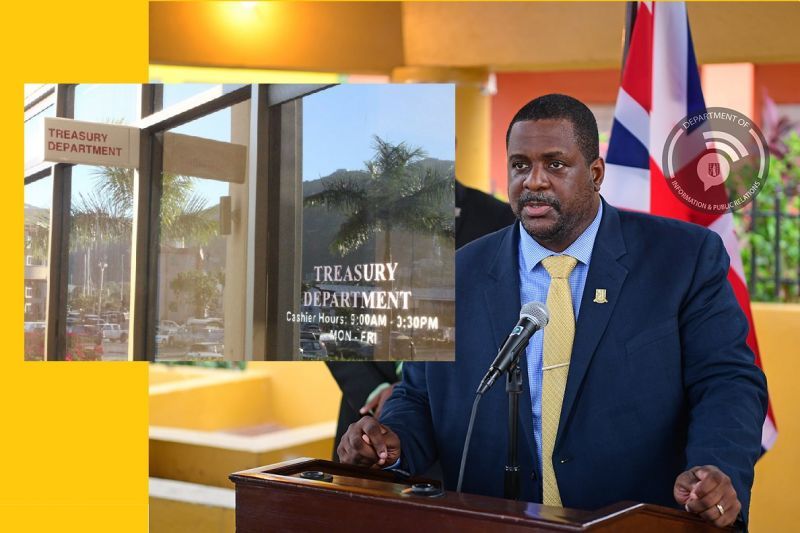 Word reaching our news centre from senior sources within the Governor’s Office is that former Treasury Consultant Arnold J. Ainsley has been appointed to act as Accountant General in the [British] Virgin Islands.
He has replaced acting Accountant General and Virgin Islander Anna A. Rabsatt who has moved back to the Ministry of Finance.

Mr Ainsley is a Jamaica national and had also worked in the Turks and Caicos Islands as Accountant General following the invasion and direct rule by the British in 2009.

It is unclear why Mr Ainsley was appointed and if Governor John J. Rankin, CMG had a hand in this appointment.

Our newsroom was informed by the same sources that Mr Ainsley started work as Acting Accountant General on Monday, January 24, 2022.

It was on June 7, 2021, that our news centre reported the removal of another Acting Accountant General Laurel L. Smith.

It is our understanding that one of Mr Ainsley's main assignments is to bring all Treasury Financial reports up to date to allow them to be audited, something the current Andrew A. Fahie (R1) Government inherited from the ousted National Democratic Party (NDP) Administration.

Both Premier Fahie and Acting Financial Secretary Jeremiah G. A. Frett did not respond to our queries while Mr Ainsley could not be reached up to time of publication.