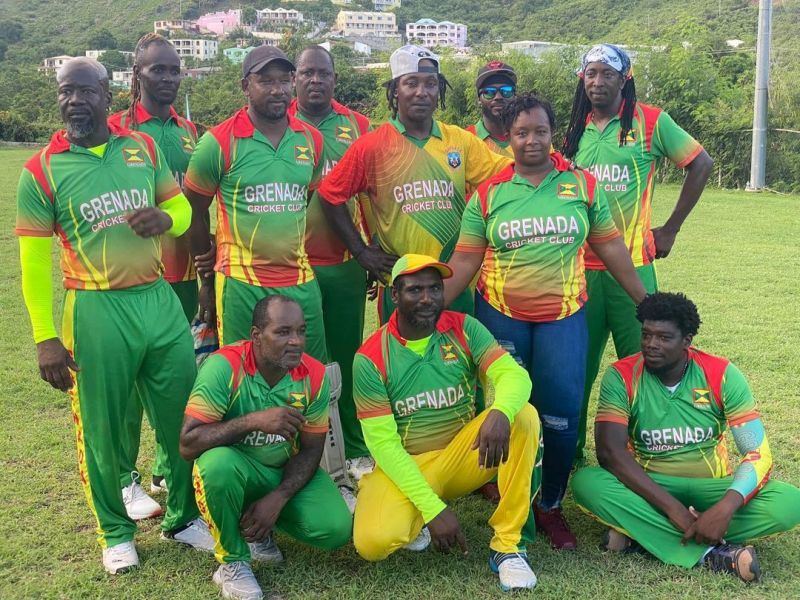 There were comfortable victories for powerhouses Guyana and Grenada when the Peter Haycraft T20 Nations Cup bowled off at Greenland Playfield on Sunday, September 11, 2022.

In the opening game, Guyana registered a 189-run victory over Dominica, after posting 263 for 9 and then restricting Dominica to 94 all out.

Before umpires called play, a simple opening ceremony was held.

Among those giving brief remarks was Mr Chris Haycraft, who expressed the family's gratitude to the BVI Cricket Association for honouring his dad, the late Peter Haycraft, OBE.

The widow of Mr Haycraft, Penny Haycraft, was also present. She and son greeted the 6 teams in the tournament this year. 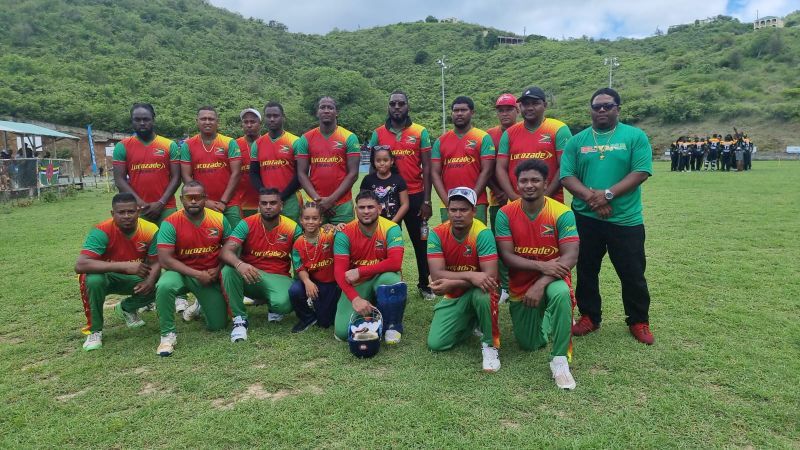 The victorious Guyana team that registered a 189-run victory over Dominica.

Grenada batting against Jamaica in the Peter Haycraft T20 Nations Cup at Greenland Playfield on September 11, 2022.