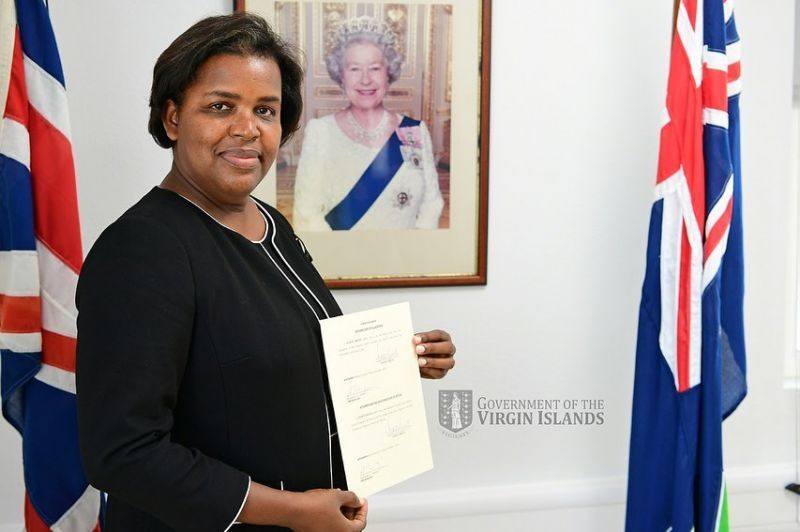 ‘My Chambers should be independent of Deputy Governor’s Office’- Dawn J. Smith

There has been concern during the 2022 House of Assembly’s Standing Finance Committee (SFC) hearing to examine the Budget Estimates in relation to the Attorney General’s Chambers being a constitutionally established office but still appearing under the Deputy Governor’s Office.

The Attorney General, Honourable Dawn J. Smith, raised the issue during the SFC hearing, informing that her position is that under the Constitution, the constitutionally established bodies - the Director of Public Prosecutions, the Governor, Deputy Governor, Auditor General, Complaints Commissioner, Registrar of Interests etc- attend Standing Finance on their own while the Attorney General, who appears in the constitution in a similar way, does not.

The Attorney General stated that she had also referred to Standing Finance Committee Minutes from 2009, 2010 where the case was made for the constitutionally established departments to appear in the Budget Estimates independently, “so as not to create any misunderstanding as to their independence”.

The Honourable Attorney General stated that it was not appropriate for the “Attorney General’s Chambers to be treated differently as if it were a department of the Deputy Governor’s Office under the supervision of the Permanent Secretary and that the misrepresentation should be rectified to properly reflect the status of the office,” according to the SFC report for the 2022 estimates which has been made public.

The Chairman of SFC Honourable Julian Willock sought the input of the Ministry of Finance.

The Acting Financial Secretary Jeremiah G.A. Frett responded that without having the information in front of him some research would be needed; however, from his knowledge, he believed that this is a matter for the Governor and not for the Budget Process.

The Chairman asked Premier Hon Andrew A. Fahie (R1) if he could shed any light on the process. The Premier responded that the Attorney General is saying rightfully that the Attorney General’s Office should “be recognised as independent even though it (and the other offices) may fall under the Governor’s Group as the Governor will still be the one that they will report to in terms of a reporting mechanism”.

Premier Hon Andrew A. Fahie (R1), left, has agreed that the Attorney General's Office should be independent before the SFC. Acting Financial Secretary Jeremiah G.A. Frett, right, has said it is a matter for the Governor and not for the Budget Process.

Hon Smith emphasised that the Attorney General is no less independent than the Director of Public Prosecutions, the Auditor General, Registrar of Interest, Complaints Commissioner and noted that the Attorney General in the Virgin Islands has predated some of the other institutions. Administratively, as do the Director of Public Prosecutions, Auditor General, Complaints Commissioner, and so on, matters can be channelled through the Deputy Governor’s Office.

Honourable Smith noted she believes that it is a matter of changing the book around so that the Attorney General moves from where it is now to where the constitutionally established offices are.