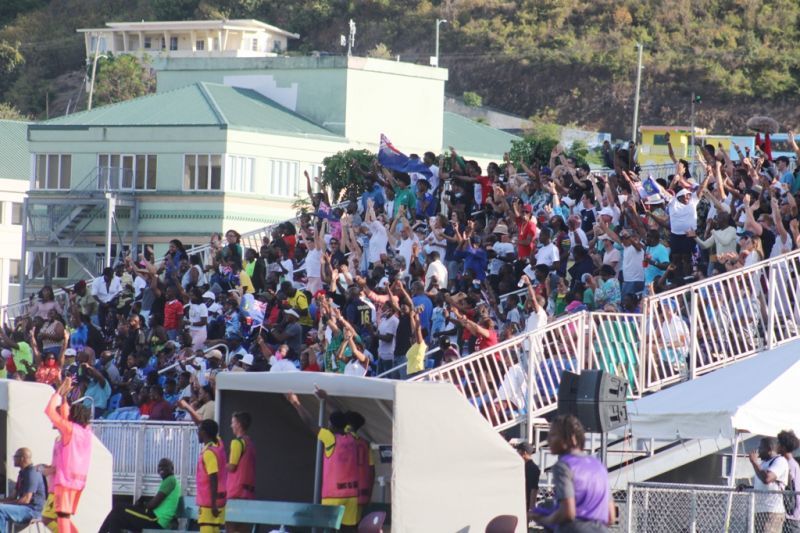 When skipper Kavon Troy Caesar rose above Cayman Islands defenders and an advancing goalkeeper to score a goal for the Virgin Islands in their CONCACAF Nations League game on June 3, 2022, the reaction from the large crowd of supporters at A.O. Shirley Ground was electrifying.

It was a goal that the home team was hunting for as a show of appreciation for the huge support that was shown from the bleachers during the game.

Caesar found the back of the nets in the 63rd minute and the Virgin Islands seemed set for a win when Cayman Islands substitute Sirus Connelly levelled matters in the 81st minute.

Despite the draw, it was the first point for the VI in the Nations League and it also snapped a 10-game losing streak.

The end results brought mixed feelings for national coach and former Arsenal player Christopher M. Kiwomya, who said they went into the game to win and it was disheartening that the VI conceded a goal when one of its players was off the field through injury at the time.

Mr Kiwomya said; however, overall, he was happy with the boys.

”We wanted to try get the win but we got the point which is a start really. We need to now go back to the drawing board and see how we can get the win.

‘I was really impressed’ with crowd support- Coach Kiwomya

Meanwhile, coach Kiwomya had appealed to the public to come out to support and that request was certainly granted.

“Listen, I was really impressed. They got behind the team, you could see a lot of pride out there and they wanted to score I said give them something to cheer for and they did it in the end. To hear them [crowd] chant ‘BVI, BVI’ was really good,” Kiwomya told Virgin Islands News Online after the game.

Also taking in the game was Premier and Minister of Finance Dr the Hon Natalio D. Wheatley (R7), who became a Tottenham Hotspur fan during his time living in the United Kingdom (UK).

Dr Wheatley gave his assessment of the game.

Dr Wheatley acknowledged that the Cayman Islands is a very good squad and they made a very good showing; however, the VI were able to create chances against them.

“I know we gave up the goal when our defender went down or else I felt we would have held on for the victory,” Premier Wheatley said.

“The game was amazing, the energy. We had over 600 persons and it speaks to the support that the team has. When the goal was scored the place erupted,” Hon de Castro commented.

The attendance at the game was given as 691. 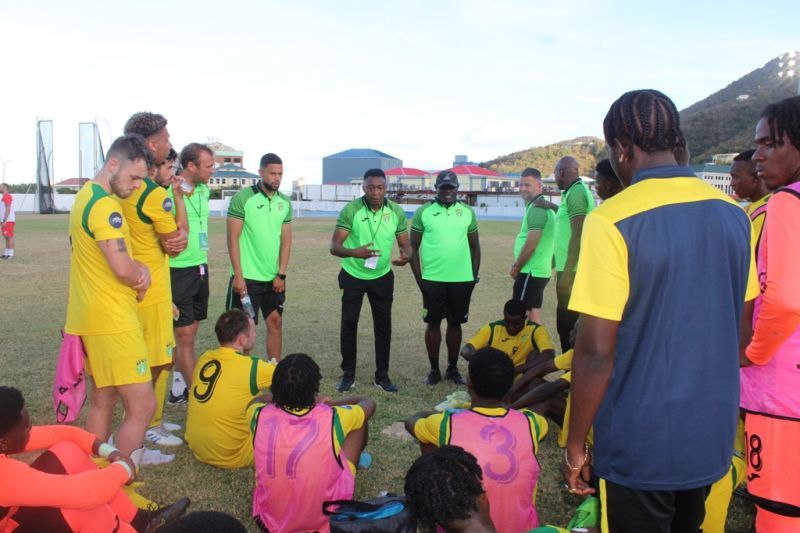 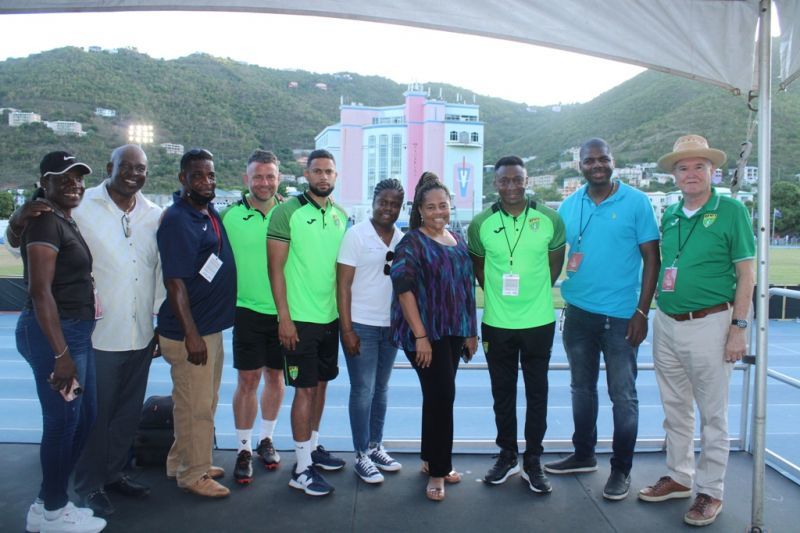