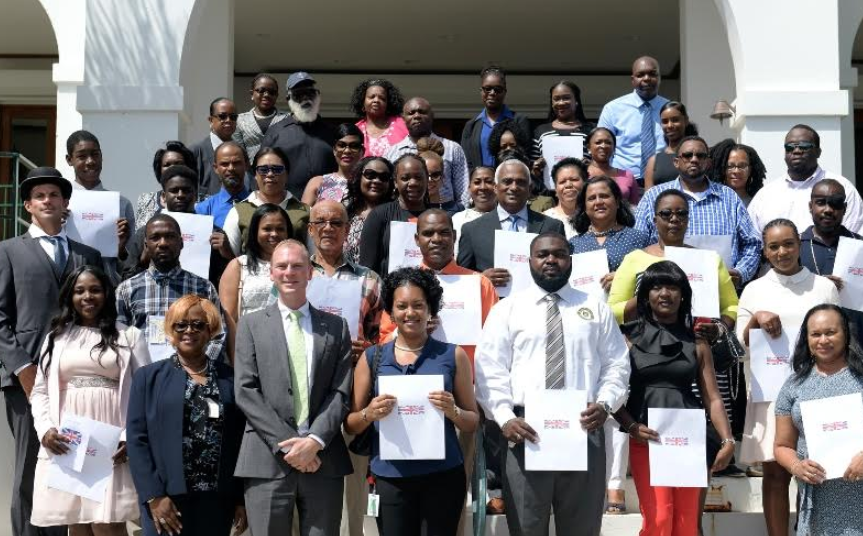 Nearly 40 persons from across the Caribbean and the wider world are now citizens of the BVI. They received their naturalisation certificates during a ceremony last Tuesday at the governor’s residence in Road Town.

During that ceremony, they “recited the Oath of Allegiance to Her Majesty the Queen and the Pledge of Loyalty to the United Kingdom (UK)”.

Capitalise on the benefits

Governor August Jaspert who presided over the ceremony urged the new citizens to capitalise on the benefits that their citizenship now affords.

Some of these benefits include being entitled to jobs, pursuing studies in the UK as well as entry into the United States under the visa waiver programme, the Governor said.

He also offered congratulatory remarks and encouraged them to be responsible citizens.

“The new freedom you would now enjoy also comes with new responsibilities. Responsibilities to think about the community of which you have now joined, to uphold what we call our shared British values, courtesy, respect and concern for others less fortunate than ourselves in society,” Governor Jaspert said.

Also delivering remarks at the ceremony, Registrar General Stephanie Benn reminded the newly naturalised citizens that the day was an important milestone for them.

“Today is a significant moment for all, as we are gathered here to recognise and welcome all 39 British Territory Citizens through naturalisation as British citizens. This ceremony confirms your registration as a British citizen,” she said.

It continued: “The extension of British citizenship to British Overseas Territories citizens was part of the UK Government’s 1999 White Paper entitled Partnership for Progress and Prosperity, which outlined the UK’s policy in respect of the Overseas Territories.”
Add Comment