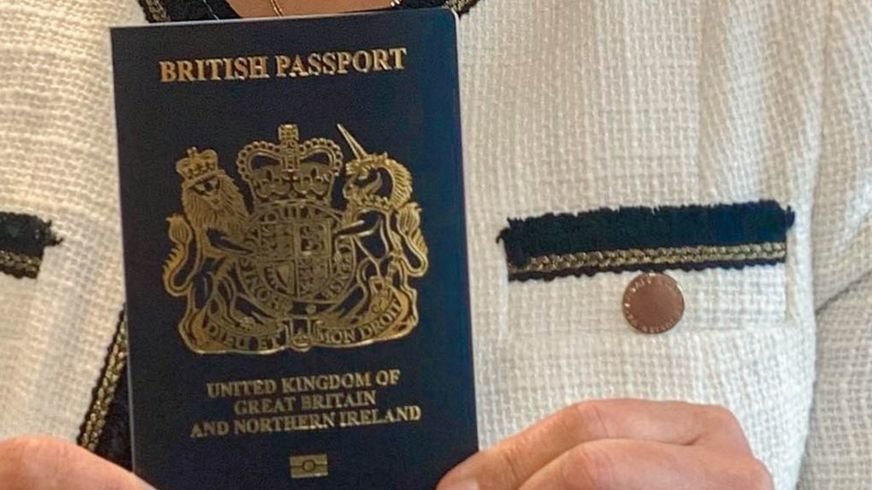 Coronavirus: Passport renewals to be fast-tracked amid backlog

UK passport applications delayed by a backlog caused by the coronavirus pandemic will be expedited if people are due to go on holiday within two weeks, the Home Office has said.
Passport renewals will be delivered within five days for people waiting more than four weeks who produce evidence they are to about to travel.

More than 400,000 documents are still being processed because of fewer staff.

Officials say they will also continue to prioritise emergency cases.

They said more than 6,500 passports had been issued to individuals on compassionate and emergency grounds during the lockdown.

The Passport Office said it recognised an increasing number of people who did not meet the "urgent and compassionate criteria" would want their passport more quickly as international travel restrictions continued to ease, "particularly those with pre-existing bookings".

It comes after the UK government said more than 50 countries - including many popular holiday spots - now posed ''a reduced risk'' from coronavirus.

But people who want to go on holiday abroad are being warned not to book trips unless they have an up-to-date passport. Those who do not need to renew their passports yet are being urged to wait until after the summer.

Earlier this week the Home Office revealed that passport staff were working through 126,000 applications, with a further 284,000 still to be processed.

Ministers said the backlog had built up because passport offices had fewer workers due to social distancing rules.

The Passport Office said security checks meant the process would take longer for people applying for a passport for the first time but staff were "working hard to ensure that anyone with pre-planned travel does not miss out if their passport application has been submitted correctly and in good time".

It added that overseas applicants who had experienced delays and had to apply to the Foreign and Commonwealth Office for emergency travel documents would be able to claim refunds.
#Coronavirus
Add Comment