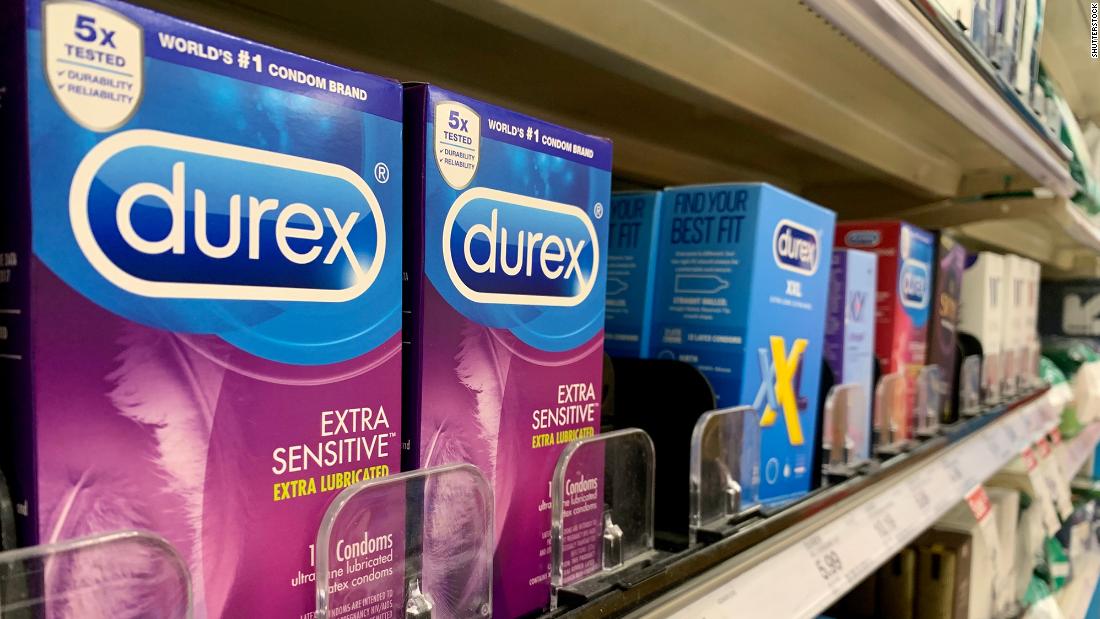 People are ready to have sex again: Condom sales are surging

Condom sales have been in a slump during the pandemic as people sheltered at home and put their sex life on hold. But now, as more Americans are getting vaccinated and Covid-19 safety restrictions are loosening, condom makers are no longer having trouble getting their sales up.

Male condom sales in the United States increased 23.4% to $37 million during the four weeks ending April 18 compared with the same stretch a year ago, according to the latest figures from IRI, a market research firm that tracks point-of-sale data at big box retailers, grocery stores, drug stores and other retail channels.

Reckitt Benckiser (RBGLY), the maker of Durex condoms, said Wednesday that Durex logged a double digit percentage sales increase during the company's latest quarter compared with the same quarter last year. Durex sales grew last year, despite a "challenging first half of the year," and sales were flat in 2019.

The company does not break out specific figures for Durex, but it attributed recent growth to relaxed social distancing rules.

The company was seeing "improvements for Durex in markets where social restrictions are being eased," CEO Laxman Narasimhan told analysts Wednesday.

Walgreens (WBA) and CVS (CVS) also said condom sales have grown at stores in recent weeks compared with a year ago. A spokesperson for CVS called the growth "substantial" in an email, but did not provide data.

Church & Dwight (CHD), the maker of Trojan condoms, said in January that this year looked "promising" for condom sales. "An even more eagerly awaited bounce back of sales is in the condom category as condoms mean pleasure. Eighteen-to 24-year-olds can't wait to get their social lives back," said chief marketing officer Britta Bomhard.

On Thursday, CEO Matt Farrell told analysts that condoms "are expected to deliver year-over-year growth as society opens up and consumers have greater mobility."

Kevin Grundy, a consumer goods analyst at Jefferies, said condoms have been losing market share in recent years to other forms of contraception, including the morning-after pill for women.

Sexual inactivity increased among US adults, predominantly younger men, between 2000 and 2018, according to a study by researchers from Indiana University and Sweden's Karolinska Institutet published in JAMA Network Open medical journal. The researchers attributed young Americans having less sex to a variety of factors, including delayed adulthood and the rise of technology and social media.