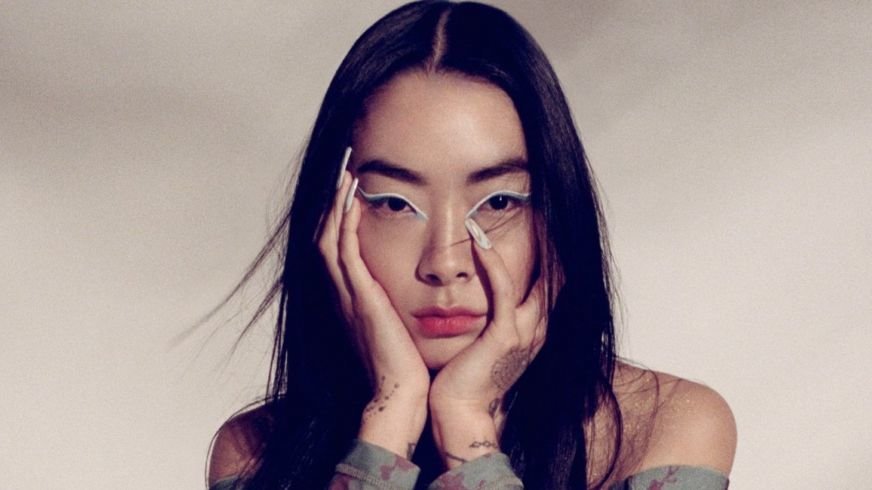 British-Japanese pop star Rina Sawayama says she was "heartbroken" to find she is ineligible for The Brit Awards and The Mercury Prize.

The singer has lived in the UK for 25 years, after her family moved from Japan, and considers herself British.

Although she had indefinite leave to remain, she does not hold a British passport, ruling her out of the country's biggest music prizes.

The singer told Vice she found it "othering" to be denied entry.

"It was so heartbreaking," Sawayama said. "I rarely get upset to the level where I cry. And I cried."

"All I remember is living here," she continued. "I've just lived here all my life. I went to summer school in Japan, and that's literally it. But I feel like I've contributed to the UK in a way that I think is worthy of being celebrated, or at least being eligible to be celebrated."

"I've lived here 25 years," she added on Twitter, "but I am not British enough to even be eligible for the 2 biggest UK music awards".

The hashtag #SawayamaIsBritish trended in the UK shortly after her interview with Vice was published.

Under competition rules, solo artists must have a British or Irish passport to enter the Mercury Prize. For bands, only 30% of the members need to be officially British or Irish, as long as more than half of them live in the UK.

The system meant that, in 2005, New York-based singer Antony and the Johnsons (who now performs under the name Anohni) was able to win the award, despite having been resident in New York for 22 years, as they held a British passport.

Sawayama, however, has retained her Japanese passport in order to feel close to family members, including her father, who live in her country of birth. Japan does not allow dual citizenship.

"If arts awards are creating their own sort of version of border control around their eligibility, I think that's really problematic," she said.

"But the fact that I wasn't even eligible is like… I don't even know what that emotion was. It was othering."

Fellow London recording artist MNEK tweeted his support saying the star's self-titled debut album is "deserving of all the accolades".

yeah this is sad. SAWAYAMA is an incredible body of work that, while not determined by them, is deserving of all the accolades. @rinasawayama is just as British as anyone on there. Love you queen ❤️ https://t.co/spgtar12Rr

Sawayama has previously benefitted from funding from the BPI Music Export Growth Scheme, a grant that supports and celebrates British musicians, and her album is littered with references about growing up in London.

The record, which skilfully blends millennial pop and R&B with elements of nu-metal, is one of the best-reviewed new releases of the year, with an average score of 89% on the review aggregation site Metacritic.

Many publications, including the BBC and the Guardian, noted it had been overlooked when the Mercury nominations came out last week.

A spokesperson for the BPI, which organises UK music's two biggest awards nights, confirmed to the BBC: "Both The Brit Awards and the Hyundai Mercury Prize aim to be as inclusive as possible within their parameters, and their processes and eligibility criteria are constantly reviewed."

Other music awards take a more relaxed view, and non-British citizens can be eligible for a Ivor Novello award, if they can prove they have lived in the UK for the past year.

Sawayama concluded that "it's up to the award bodies to decide what Britishness really encompasses - the very things that they celebrate, which is diversity and opportunity."