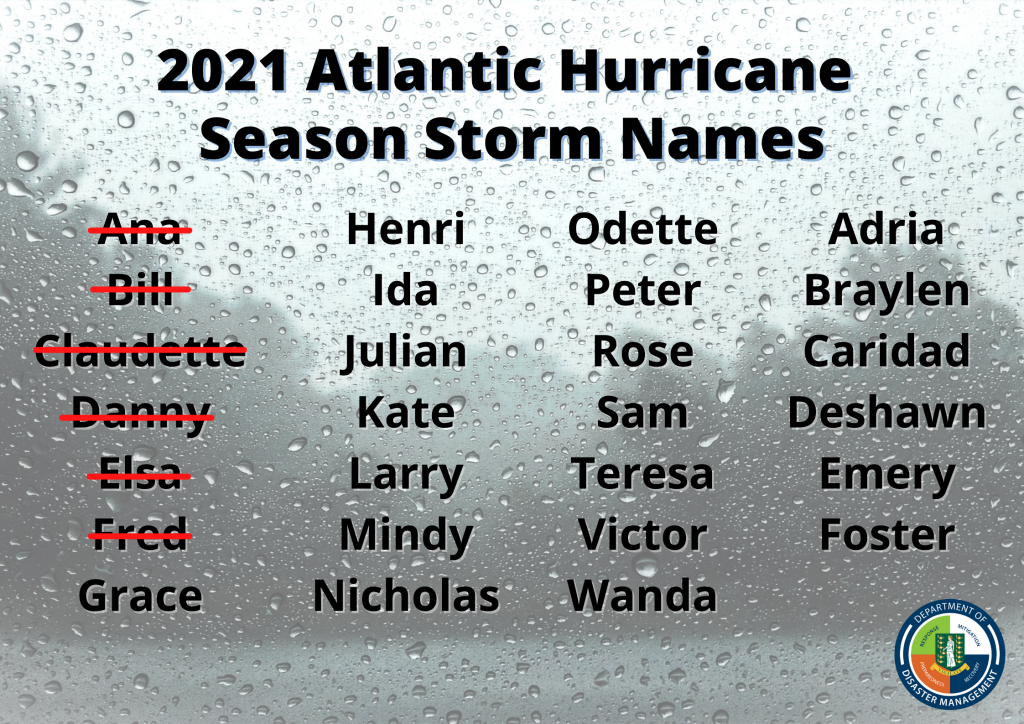 Storm activity anticipated to increase in the region

Acting Director of the Department of Disaster Management (DDM), Mr. Jasen Penn has said that the Virgin Islands should stay vigilant in its monitoring of conditions as the coming months are expected to bring continuous weather disturbances to the Atlantic basin.

Mr. Penn said that the region is now moving into the statistical peak of the hurricane season while addressing a panel discussion with BVI Red Cross Director, Stacy Lloyd and American Red Cross Regional Manager for Individual and Community Preparedness, Jason Lyons, that touched on the range of emergency preparedness and response adjustments needed during the COVID-19 pandemic.

“As we speak at this point, we are nearing peak of the season, which is September 10, so you can see we still have some weeks to go,” Mr. Penn said, adding, “What we can forsee for the remainder of the season is that the waves are going to be coming off constantly going into September and October.”

Mr. Penn said that the system that passed the Territory earlier this week eventually strengthened and developed into Tropical Storm Fred, the sixth named storm for the season. He further explained that the DDM is monitoring an additional system that has the potential for further development and is expected to come near the Virgin Islands Saturday or Sunday.

The Acting Director is also encouraging residents to get prepared as best they can for the peak of the season.

“If you haven’t prepared, now is your time,” Mr. Penn said, advising that persons should take steps to protect their property and review their home and business emergency plans, their emergency kits, go-bags, and insurance coverages.

Residents are encouraged to download the DDM’s mobile app to receive notifications on storm conditions and other hazards, and to visit www.bviddm.com to access resources like emergency plan templates, a hurricane tracking map, emergency kit checklists, and information about tropical storms and other hazards.