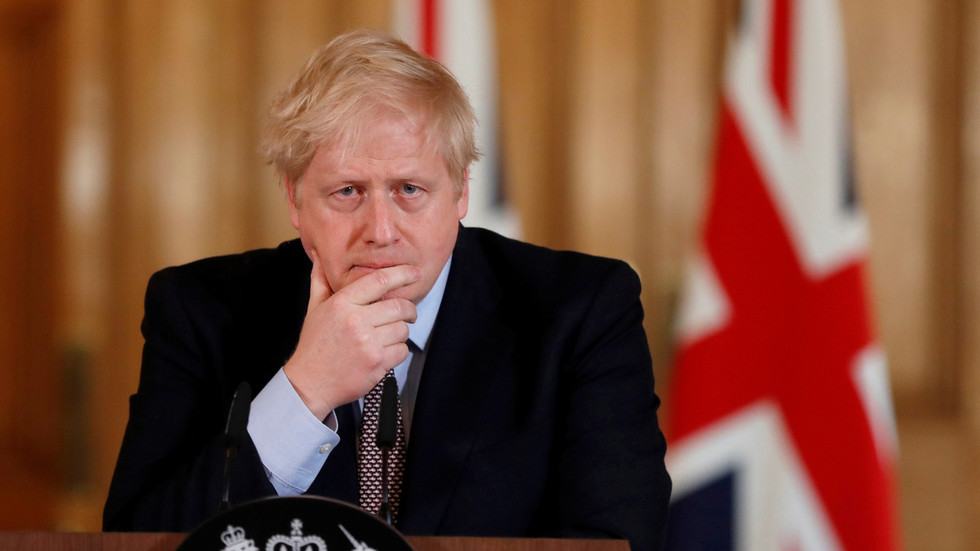 The Stupidity of the day: ‘PM completely deserves this’: Labour mayor censured for suggesting BoJo MERITED his Covid-19 illness

A Labour Party UK mayor made national headlines after she said that Boris Johnson contracting coronavirus served him right for his sloppy handling of the outbreak. The PM remains hospitalized in intensive care with Covid-19.
Sheila Oakes, mayor of Heanor in Derbyshire and a district councilor, took to Facebook overnight to express her displeasure with Johnson’s approach to the coronavirus crisis. The prime minister was hospitalized with coronavirus on Sunday and moved into intensive care the next day, as his condition worsened.

Oakes replied to a post that urged users to give a “little prayer” for the PM, arguing that he actually got his just desserts.

“Sorry, he completely deserves this and he is one of the worst PMs we’ve ever had,” she wrote.

Facing a wave of criticism from other users for the insensitive remark — some of whom urged her to resign immediately — Oakes stood by her statement, claiming that “Johnson has done absolutely nothing for the UK”.

Britain’s health workers have to battle the virus without protective equipment, while the whole National Health Service (NHS) is “massively underfunded,” she added.

Apart from igniting an online storm, Oakes’ comments also made extra work for the local Labour office, as it was bombarded with complaints over her remarks. Leader of Amber Valley Labour District Council Chris Emmas-Williams promised an investigation would be launched into her behavior and said Oakes has lost the party whip, so is now no longer a Labour councilor. He also apologized to the PM and everyone suffering from the “awful disease.”

Facing mounting pressure, the mayor apologized as well, telling local media that she actually hoped that the PM “makes a recovery and does not suffer any long-term ill effects.”

The UK has nearly 56,000 confirmed coronavirus cases to date, including over 6,100 deaths, according to latest figures compiled by the John Hopkins University. While the figures are significantly lower than in the worst-affected countries, such as the US, Spain or Italy, the peak of the epidemic for the UK still lies ahead and it’s at risk of becoming the worst-affected European nation, researchers have warned.
#COVID-19  #Covid  #Coronavirus  #Boris Johnson  #Facebook
Add Comment