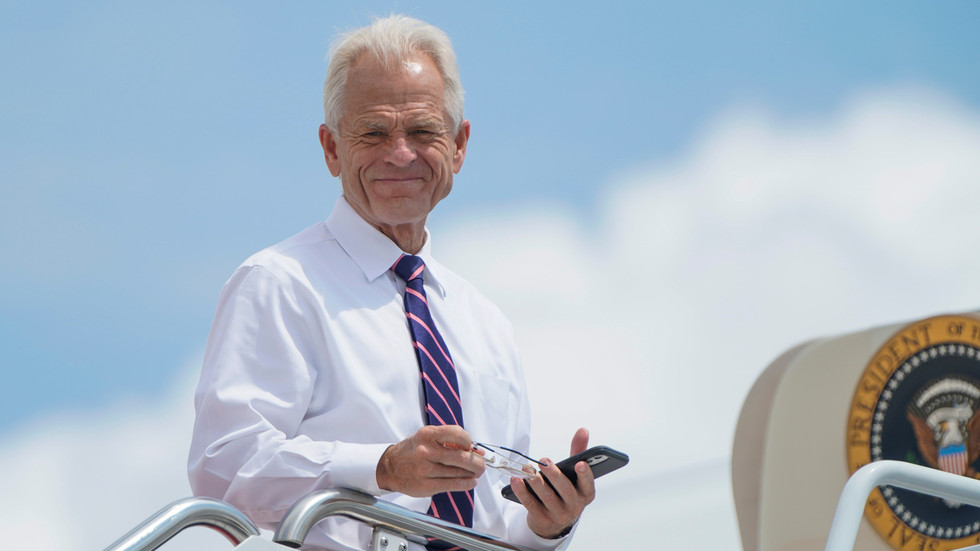 Despite a path to victory seeming increasingly unlikely for President Donald Trump, White House trade advisor Peter Navarro says the administration is moving forward “under the assumption” of a second term.

Amid reports that Joe Biden plans on reversing many of the current administration’s policies and executive decisions, Navarro said speculation about what Biden could do as president is “moot” until the election is officially called and the president’s various lawsuits alleging voter fraud play out in courts.

Navarro echoed the sentiments of Trump’s closest political allies by casting doubt on the election, calling it an “immaculate deception.”

“I think it’s really important before people’s heads explode here to understand that what we seek here are verifiable ballots, certifiable ballots, and an investigation into what are growing numbers of allegations of fraud,” Navarro told Fox News.

The trade advisor’s own view is that the president “clearly” won the election because he was leading on election night, and the reversal in many states to a Biden lead needs to be “investigated.”

Despite various lawsuits and affidavits claiming voting irregularities in states like Pennsylvania and Georgia, Trump critics have accused his campaign of undermining the election process and not presenting enough proof of voter fraud to turn the results of an election.

Navarro’s comments have made him the latest administration official to be the target of pushback from liberal critics, who took to social media to reinforce their belief Biden won the election and to slam Navarro.

White House Trade Adviser Peter Navarro: “We’re moving forward here at the White House under the assumption that there will be a second Trump term ... We have, what appears in some sense to be, an immaculate deception."

(FWIW, there will not be a second Trump term.) pic.twitter.com/qiVfAyZ5G9

“Peter Navarro’s statement that ‘our view is Trump won the election’ is seditious. Plain and simple,” filmmaker Brian Koppelman added.

I cannot wait until Peter Navarro is no longer in the White House on January 20, 2021. All these dangerous authoritarians should never see power again. https://t.co/i8v6P2GVP4

Navarro pulls a Pompeo. Neither man is telling a joke despite what you might have heard. pic.twitter.com/v911az8PYW

3 months from now: Navarro outside an RV in a Reno trailer park. ‘We chose to set up here, at the Western White House, for logistical reasons. Nothing else has changed and we are fully in control.’ https://t.co/MaR76CtxUO

Secretary of State Mike Pompeo received similar criticism when he recently told reporters he was expecting a “smooth transition to a second Trump administration.”

The Trump administration has come under scrutiny for refusing to concede the election, as well as to work with Biden’s camp on a transition of power.

Though states have not certified their election results as of yet, Biden has been projected to win the race with 290 electoral college votes over Trump’s current 217, according to the Associated Press.

Oh ya 109 days ago
The Democrat party is in panic mode with all the computer data and information coming out about election fraud. Maybe now Mr Promise to drain the swamp and lock her up which he never did will really do it. But I don't think that will happen as it's the same monster but just has 2 heads. All the American voting public is being played and they are too stupid to see it
View all comments (1)Add comment