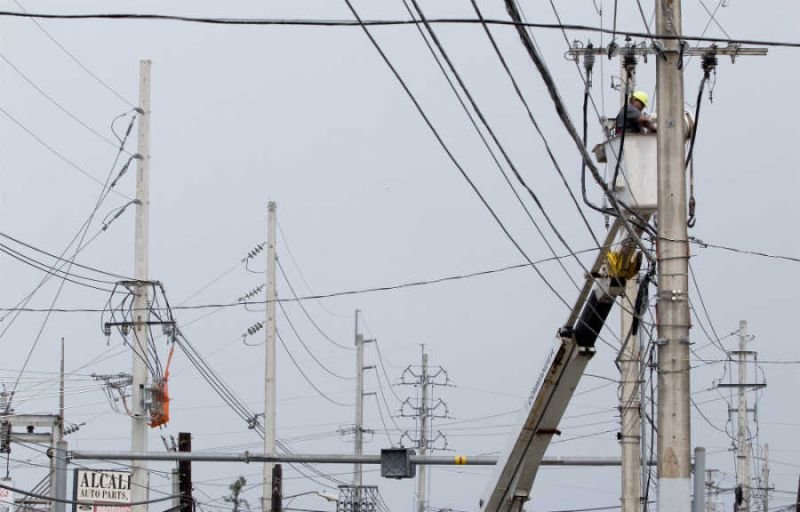 President Donald J. Trump announced the release Friday, September 18, 2020, of $13 billion in assistance to repair years-old hurricane damage in Puerto Rico and pledged to restore its economy, setting aside his past bitter treatment of the island and its leaders as he courts Puerto Rican voters in the US, particularly in the crucial swing state of Florida.

Trump has spent much of his administration blasting Puerto Rican officials as corrupt and inept, and he has opposed spending to rebuild a power grid and other infrastructure that was wiped out by the Hurricane Maria in September 2017. He’s now portraying himself as the territory’s best friend.

“I’m the best thing that ever happened to Puerto Rico,” he said at a White House press conference, “no one even close.”

Residents of Puerto Rico, a US territory of more than 3 million people, cannot vote in the general election. But there are more people of Puerto Rican descent on the mainland than on the island, and they could play a key role in the Nov. 3 vote.

Former Vice President Jospeh R. Biden aka 'Joe' has also sought support from Puerto Ricans, recently releasing a recovery plan for the territory and visiting central Florida. The region has one of the largest concentrations of people from the island on the US mainland, including many who fled the devastation of Hurricane Maria.

The hurricane slammed into the island with winds of 155 mph, causing an estimated $100 billion in damage and killing nearly 3,000 people, according to an official death toll that Trump has said was exaggerated to make him look bad.

The grant announced Friday includes nearly $10 billion to rebuild an electrical grid that was wiped out by the storm and resulted in the longest blackout in U.S. history.

Asked why the aid was coming now, less than 50 days before the election, Trump insisted his administration had been working on getting it done but it was held up by Democrats in Congress. In fact, they approved the funding and pushed for its release.

Republican Nydia M. Velázquez, a New York Democrat, took note of the timing of Trump’s assistance so close to the election.

“The Trump Administration delayed, dragged its feet and resisted allocating these badly needed funds,” said Velázquez, who was born in Puerto Rico. “Now, forty-six days before the election, the administration has finally seen fit to release these funds.”

Trump in the past has opposed providing additional aid to Puerto Rico, arguing it had received too much already and expressing concern that the money would be wasted or misspent.

In the aftermath of the storm, he publicly feuded with the mayor of San Juan over her criticism of his administration’s response. And he irritated many by tossing rolls of paper towels into a crowd during a visit to an island church. Democrats earlier this year posted an image of the scene on a billboard in Kissimmee, a heavily Puerto Rican city in central Florida.

Trump dismissed that history as he discussed the aid disbursement and pledged to revitalize Puerto Rico’s pharmaceutical and medical equipment manufacturing industry, which has been in decline in part due to the 1996 repeal of tax incentives.

“I think you are going to see a rebuilding of Puerto Rico,” he said.

Even now, three years after the storm, thousands of homes are still damaged. The island has also been hit by a series of damaging earthquakes and remains mired in a deep economic crisis, made worse by the coronavirus pandemic.

Senator Chuck Schumer, the Senate Democratic leader, said the Trump administration “dithered and delayed” and lost time that could have been used to help Puerto Rico emerge stronger from the storm.

“After the storms utterly destroyed the grid, it created an opportunity to rebuild a cleaner, cheaper and more resilient energy system, but the Trump administration dithered and delayed and refused to deliver timely disaster aid for the people of Puerto Rico,” Schumer said.

It said $2 billion would be for the Puerto Rico Department of Education to repair schools across the island.

With this latest grant, the White House said the government has allocated about $26 billion for the island’s recovery from Hurricane Maria. Congress has approved about $43 billion.

In October, the island’s government announced a 10-year plan to modernise and strengthen the power grid at a projected cost of around $20 billion (Associated Press).