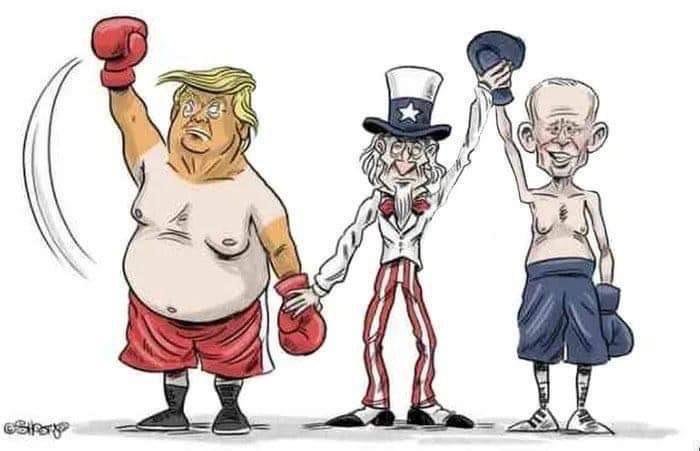 Trump should give up, bless Biden and move on

The stability and unity should be the first priority for every person who really love and care for his country. If Trump believe that Biden is a failure he should be happy for the opportunity prove it to all the world.

Dividing the country even more, and pushing it to a civil war even further, will do no good to Trump even if as a result of it he will become the President of a divided country under civil war. 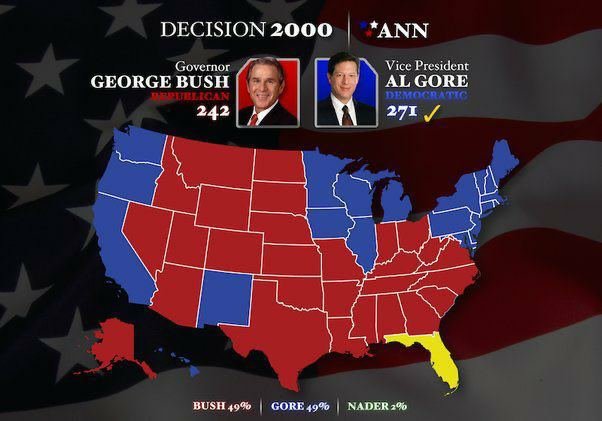 Even if the winning votes has been really faked (there is no substantial evidence to say it, but for the sake of looking at Trump’s point of view), Trump -as the President- simply fail to set up a more reliable, transparent and modern voting system instead of such a venerable, unverifiable and unreliable voting system as USA has, worse than any third world country.

More over: if Trump believe in his campaign-claims, giving Joe Biden the chance to prove how failure he is, will get Trump to the White House again anyway, and much stronger.

Joe Biden has just a few months to deliver real results to a nation that is on the edge of collapse.
If the real (not Nasdaq) economy do not recover soon, if the Pandemic get even worse instead of better, if the Biden-Harris Administration fail to pass a quick Reparation Bill for the slavery descendants and force UK to follow this justice, if the troops do not get back home soon instead of continue wasting American’s money on keep loosing useless wars that only creates more terror and protect USA from nothing, if the police killing innocent black people do not stop immediately and for good, if China will continue to take over the US economy and the leading by the best example how to provide real and effective health care for all, taking the mass poor out of poverty, lead big time in technology development, e-commerce, e-banking and economic alliances, and if Biden fail to unite the people by common values instead of dividing them by guns, killing, robbery, hate, sexism and racism as the norm in the past 350 years, Biden will end his term as a loser anyway, and very fast.

So why to fight a war that no one is going to win anyway?

If Biden can deliver better results, not just nice words, why not to let him do it better? And if not - what can be better revenge for Trump that will come back to the White House with his 70 million supporters and with Biden’s 74 million disappointed voters?

Anyway,life is not fair. As a Casino owner Trump should have know it anyway better. It’s the one who control the establishment wins, not the gambler.

Go back home as a winner: you got more votes than any previously elected President in whole U.S. history, even more popular than Obama, Lincoln and George Washington! .You delivered more peace agreements to the world than any American President before. More Americans saying that their economic condition during the pandemic is much better than was under Obama without any crisis. What else you want?

Go home, Trump. it’s the best you can do for your country, your family, and your personal health and... freedom.

In case you need a great inspiration for your concession speech, listen to those brilliant words. You may hate her, but you cannot deny that this speech deserve a great respect:

And here few more examples, that you may feel less emotional to respect:

Romi 155 days ago
Hey, Hope... Are you American? If so, fairness should be a huge issue for you. You obviously didn't watch the election Nov. 3 into the wee hours of Nov. 4. Then let me tell ya about it: By 10pm President Trump was ahead -way, way ahead- as in, Biden was not going to catch up because so many of the votes were in already in 5 states under contention on the East Coast. And suddenly, the earth shook and the vote count stopped. At 2 am, it STOPPED! Oh, we're tired. Oh, a pipe (in some other building) broke, oh, the dog is fighting the cat and I gotta see a man about a horse -- in back of the premises. And don't mind me if I'm away 'for a bit'. And suddenly, magic! Hundreds of thousands of votes for that Alzheimer's patient Biden appeared out of thin air. I bet they had Harry Potter wands on hand too. Come on! Just out of FAIRNESS, conceding is out of the question. Biden LOST. He should retire and go quietly into that dark night - if the FBI allows him since he's under criminal investigation. (Something about some Hunter guy -who has a predilection for minors- and that iffy 10% commission for dad. National security risks both of them for playing with assorted suspect characters for billions of dollars courtesy of the family name). You want this guy in the US presidency? Please don't insult our intelligence. While you're at it, find out about that CIA software to steal elections around the world repurposed for domestic use by the Bama-O'biden gang.
Nope. This ain't the kind of 'healing' we have in mind.

Oh ya 156 days ago
I noticed whoever wrote this crap does not have the balls to put their name to it. Trump and company will prove that the Dems cheated and hopefully imprisonment is in there future

Abraham Lincoln 156 days ago
Al Gore "graciously" conceded the 2000 election *after* 37 days of litigation. And, "bless Biden and move on?" Did Hillary and the Democrats do that in 2016?
View all comments (5)Add comment