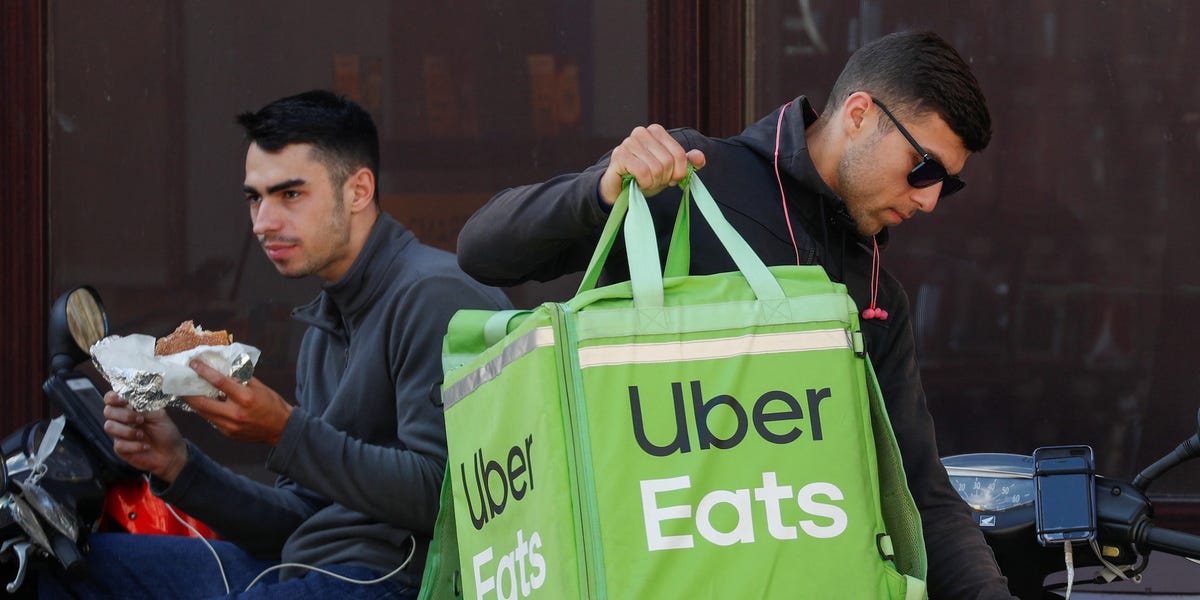 Uber is buying Postmates in a $2.65 billion deal as it leans on food delivery to make up for coronavirus losses

Uber says the deal will help it eventually reach profitability, something it has struggled to do for years.
Uber on Monday announced plans to buy the food-delivery startup Postmates in an all-stock deal worth $2.65 billion, confirming earlier reports, as the firm hopes to bolster a ride-hailing business cratered by the novel coronavirus.

Food delivery has come front and center for Uber since March, when a near complete drop-off in global travel decimated its core taxi business. A combined Uber Eats and Postmates would help Uber chase the market leader, DoorDash, bringing the combined company to about a 30% market share, according to estimates from the analytics firm Second Measure. DoorDash holds about 45%, the firm estimates.

Shares of Uber surged as much as 9% in early trading Monday after the announcement.

"Uber and Postmates have long shared a belief that platforms like ours can power much more than just food delivery — they can be a hugely important part of local commerce and communities, all the more important during crises like COVID-19," Uber CEO Dara Khosrowshahi said in a press release.

"As more people and more restaurants have come to use our services, Q2 bookings on Uber Eats are up more than 100 percent year on year," Khosrowshahi continued. "We're thrilled to welcome Postmates to the Uber family as we innovate together to deliver better experiences for consumers, delivery people, and merchants across the country."

Uber has been circling around smaller food-delivery companies in many markets over the past few years. Most recently, it tried and failed to acquire Grubhub, which was acquired by Europe's Just Eat in June. Uber also held talks with the UK's Deliveroo in 2018, but the two firms couldn't agree on a price. In 2019, it struck a deal with the Chilean grocery-delivery firm Cornershop, which should close soon.

Khosrowshahi has previously said Uber will double down in areas where the ride-hailing giant can realistically expect to either win the market or be the second-biggest player. This means exiting some markets where the firm has failed to become the No. 1 or No. 2 player, as when Uber Eats sold its Indian business to the local player Zomato in January. It also sold its wider Southeast Asian business, including its food-delivery arm, to its rival Grab in 2018.

"This is an aggressive move by Uber to take out a competitor on the Uber Eats front and further consolidate its market position, especially as the COVID-19 pandemic continues to shift more of a focus to deliveries vs. ride-sharing in the near-term," Dan Ives, an analyst at Wedbush Securities, said in a note to clients about the deal, which is expected to close in the first quarter of 2021, pending approval from US regulatory agencies and Postmates shareholders.

On a conference call Monday, Uber said its eats business had become profitable on an EBITDA basis, an adjusted financial metric, in many markets. The combined businesses will be able to significantly cut costs, Khosrowshahi said, helping Uber reach overall profitability — something it's never achieved. Postmates will remain a separate consumer app, and Uber declined to share any details on the company's finances.

Uber specifically cited a strong user base of young people and millennials on Postmates that it stood to gain as part of the deal.

Postmates was founded by Bastian Lehmann, Sam Street, and Sean Plaice in 2011. It serves the US and is headquartered in San Francisco.
#COVID-19  #Covid  #Coronavirus
Add Comment